Slow cooked short ribs are one of the easiest ways to produce a delicious beef meal with a very low price. You avoid the drying out of the BBQ or oven process, and you can cook vegetables in the same cooker. 6 to 8 hours later it's time to eat!

Most folks think of BBQ’ing when it comes to ribs. However, short ribs that are slow-cooked can produce an amazing flavorful meal with soft, delicious rib meat that practically melts off of the bone when eaten. Instead of a sinewy, tough chewing experience, folks get a wonderful feast with minimal work to eat.

Time Taken to Prepare: 20 Minutes at Most

Cooking Time: 6 to 8 hours, depending

Size of the Meal: 4 to 6 people, depending

Short ribs are the deal people frequently miss in the grocery. The decide on beef as the main course, but then they struggle to decide whether to get a roast, a tri-tip cut, or a London broil. In the meantime, off to the side, the short ribs are sitting with a fabulous price point, lots of flavor potential, and little attention. However, those in the know go directly to these packages and get their slow cooker ready for the almost hands-free gourmet meal to come.

Beef tends to be one of those meats that the longer it is cooked slowly, the better it tastes. Unlike the chicken, which usually needs to be cooked at a high temperature and monitored frequently, beef can sit and roast at a lower heat level until the inside is thoroughly cooked. That releases a lot of the flavor from the fat inside the meat and saturates the rest of it as well during the cooking process.

When completely done, without drying it out, beef should be soft and juicy, not tough and leathery. Unfortunately, without watching for this risk, BBQ’ing will frequently dry the meat out when cooked too long. However, the slow cooker provides a great and effective alternative.

When getting short ribs, prefer the package with the bone in. The bone also provides flavor and it won’t be an issue by the time the cooking is done as the meat will practically fall off of it. You can get either version, bone-in or no bones, but if you’re picky about the taste bone and fat both add flavor to meat instead of taking away.

Some people complain because they feel they are paying for the weight of the two instead of the meat, but both are part of what makes the beef so delicious and appealing. On the other hand, if the fat is simply too much, trim some of it off before putting the ribs in the cooker. Throw away the excess and then cook as desired. And there is such a thing as too much fat. Extra fatty ribs actually come out a bit greasy, which some folks don’t like.

It’s also possible to add additional flavors to enhance the meat as it cooks. Herbal and spice lovers can play with rosemary as well as garlic. Onions are a favorite as well as they release a tremendous amount of juice when cooking with other foods. Worcestershire sauce is an all-time favorite for adding great flavor to beef while it cooks, and if folks are worried about the strong normal taste of the sauce it cooks off during the process.

Also, consider some potatoes or carrots in the cooking pot with the ribs. These won’t affect the flavor of the meat, but they both will absorb the meat juices and become very flavorful themselves. Carrots tend to sponge up flavor the most. Potatoes will do so slowly, but if cut into smaller pieces it speeds up the absorption.

You can also cook the ribs bare in the slow cooker or smother them in standard BBQ sauce as well. You can even use your own homemade gravy if you like for a unique, special taste. All will work and soak into the ribs as they cook.

Avoid bread or similar; they get soggy and become a bit of a mess. Save those as a side dish for dipping right as the meal is served. Other standard side dishes that complete the meal tend to be mash potatoes, green beans, corn, spinach, collard greens, beets, cabbage, and similar, all cooked as well of course.

Step One: Add in the Spices

Take the mixed bullion solution and the Worcestershire sauce and pour them both into the cooker first. Then add the powders and mix them to an even consistency. Next, take the ribs and add the salt and pepper to them bare. Do not put them in the cooker yet.

Add the cooking oil to a frying pan and heat it up but don’t get the oil to the point of bubbling or splashing. With the oil properly hit, add the ribs into the pan with an inch or two spacing. Cook the meat until the outside is brown. This will seal in the juices into the ribs instead of losing them in the cooker mix.

Once browned, the ribs are then moved to the slow cooker. Do not cook the ribs thoroughly in the pan. The goal is just to brown them only. Fit as many of the ribs as possible in the cooker. Add the Rosemary on top of the meat and any vegetables you want to be cooked with them as well on top as a layer. The meat should be on the bottom near the heat source.

Close the lid, set the timer for at least six hours (eight hours will be fully cooked and the meat will separate easily from the rib bones). Remove the ribs and other food, serve, and add your side to the plate. Now it’s time to be rewarded for all the work and delight in the flavor each bite releases in your mouth! 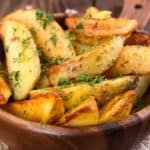 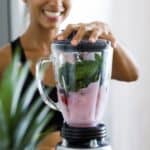