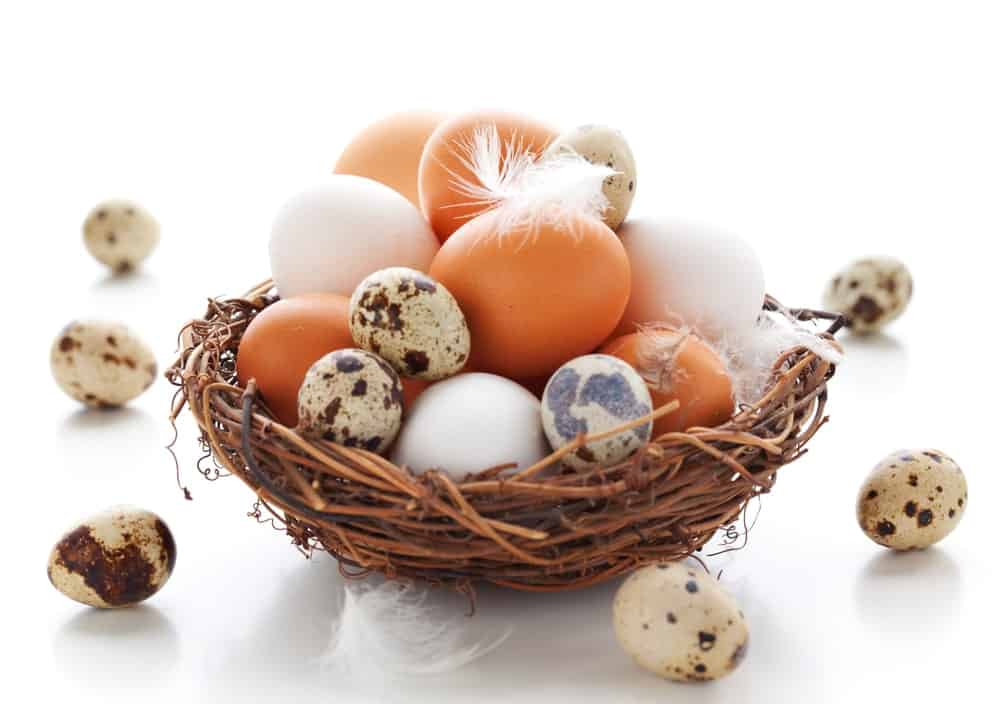 Are you still eating chicken eggs with bacon and toast for breakfast? How boring. Don’t be offended though; most people in developed countries have been taught from childhood eggs are synonymous with chicken eggs, being the type they see the most of in the grocery store. However, in reality, there are almost two handfuls of egg types humans can eat regularly, and we’ve been doing so historically for centuries.

Eggs make an ideal meal. They are packed with protein, They come in their own containers that keep everything inside until ready (assuming they are handled gently), and eggs don’t run away like other game or animal food has a habit of doing when hunted.

No surprise, eggs became an early food product from domesticated animals alongside of meat. And, egg production was not directly affected by the weather, like plant-based food. Too much rain or a dry period was not such a big problem if one had plenty of feed to give to egg-laying birds. As long as there was enough to take care of their needs, birds kept laying eggs.

Today, eggs are regularly recommended among healthy foods. While there was a phase for a while in the 1970s and 1980s about eggs producing too much cholesterol, much of that position has been negated with further research and study. In fact, eggs are probably one of the best sources of compact vitamins, protein, fats, and long-term energy building materials in a single food. Not to mention, eggs are extremely versatile as an ingredient in lots of other foods. Try making bread or pastry without them. It doesn’t taste quite the same.

However, as people have more time on their hands today, folks are starting to realize what indigenous groups have known for centuries – lots of different types of eggs are edible and make a good meal. Here’s the comprehensive list of the most common types one can find in a grocery store. 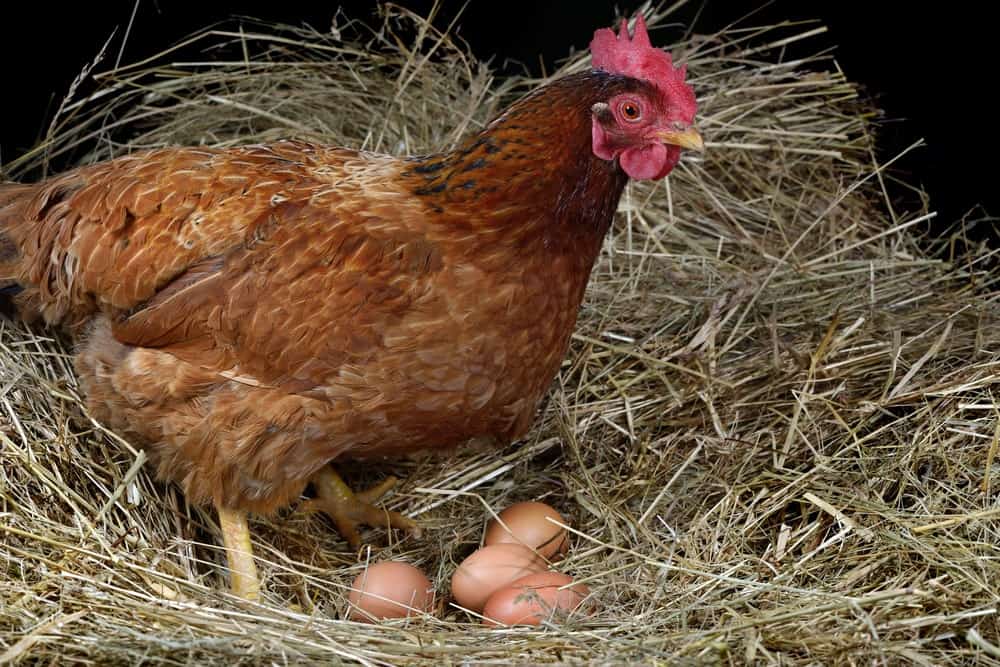 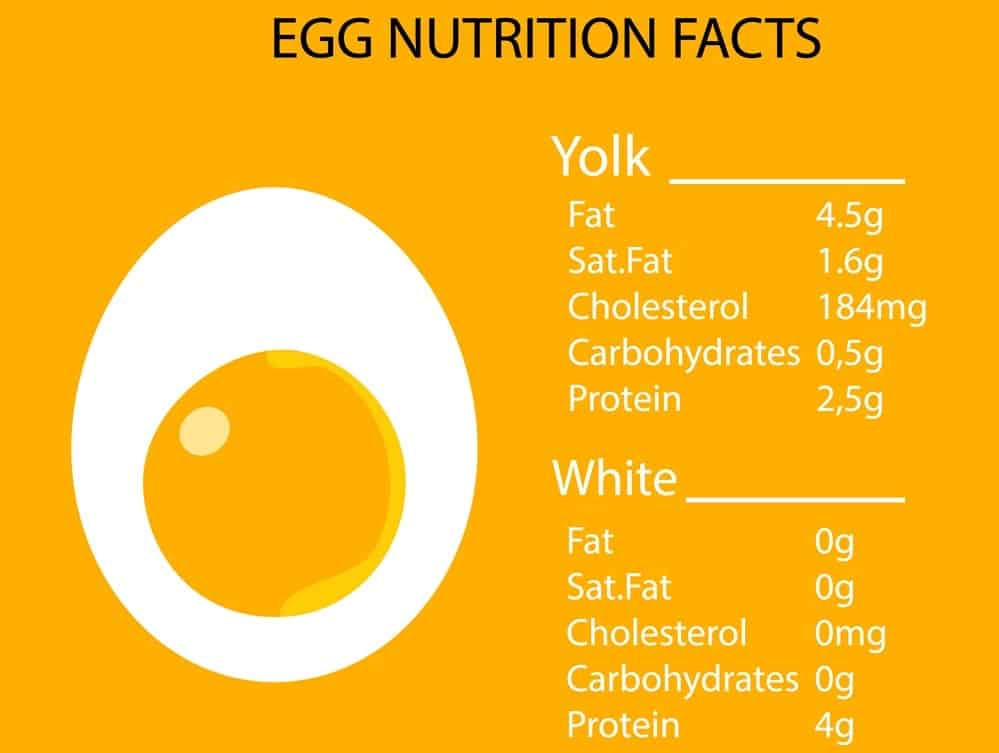 As mentioned above, chicken eggs are ubiquitous with breakfast. Growing up in the west, everybody has been exposed to chicken eggs as part of breakfast as well as salads. Chicken eggs are also a necessary staple in baking to produce dough. Because they are such an industry and common food, chicken eggs are sold and available just about anywhere. Even corner stores and small delis stock eggs in the refrigerator in case someone needs three or six in a pinch.

Chicken eggs vary, typically sold in white color, but they are available in brown and green as well. All types provide the same food content, calories, and nutritional value per unit. The only reason the eggshell color changes tends to be due to the different breed of chicken involved. And chicken eggs provide a standard source for protein, calcium, and even zinc.

Connoisseurs of egg eating, however, will note there’s a huge flavor difference between factory-produced eggs versus those from free-range chickens. Whether true or not, Americans love their eggs. And many other cultures incorporate them into food as well. Mexican food in quick to put the egg in a burrito, and eggs are a standard in Chinese soups served before big meals. 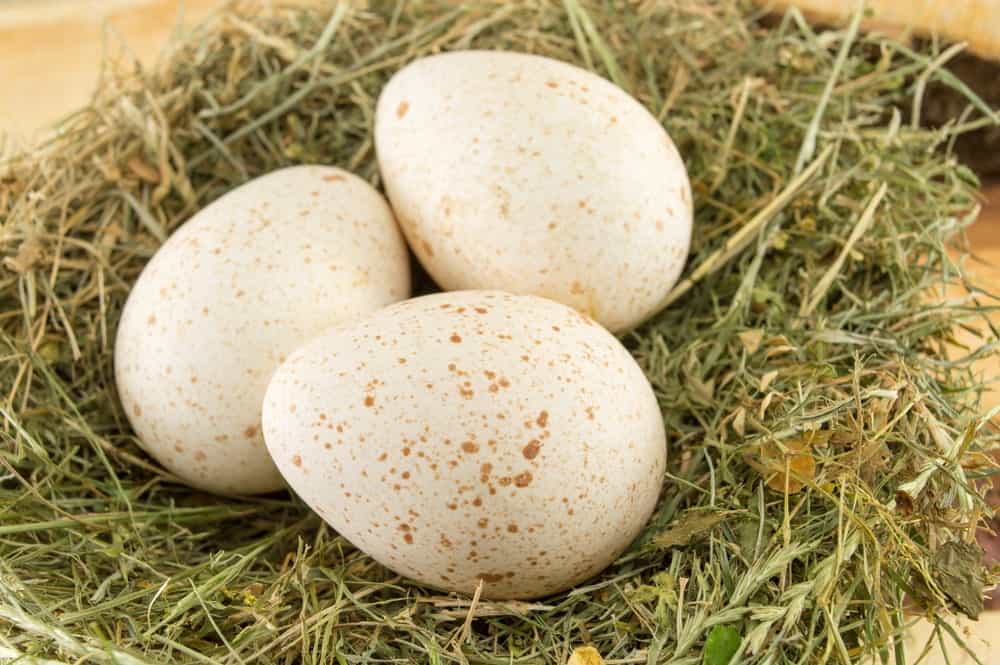 Yes, it is true – turkeys produce more food products than just a turkey leg or thanksgiving meal. Turkey eggs in particular are a bit of a delicacy and unique meal because they are infrequent. While a chicken can produce a nest of eggs repeatedly, turkeys barely produce more than 100 eggs in a year per female turkey. No surprise, a shopper is not going to find them served by the dozen or 24-pack at the local warehouse grocery store.

Size-wise, turkey eggs are a bit bigger than the standard chicken egg. And that means they pack a bit more of a meal too. They have plenty of calcium, and the egg white and yolk are notably more in a serving as well. The shells tend to be brown-freckled instead of just plain white.

Turkey eggs can be served in a number of different ways, similar to their chicken cousins, but the larger egg choice tends to be most favored when cooked in a frying pan. Many specialty bakeries also use turkey eggs in pastries because they bring out a stronger flavor, but they may not tell customers that due to the cultural stigma that eggs should only come from chickens.

In many cases, sources and supply tend to come directly from farmers but some specialty food suppliers can prove turkey eggs if requested. It might take a bit of convincing a local farmer though; they make most of their turkey income raising and selling the birds at every Thanksgiving or Christmas versus saving turkeys for egg production. 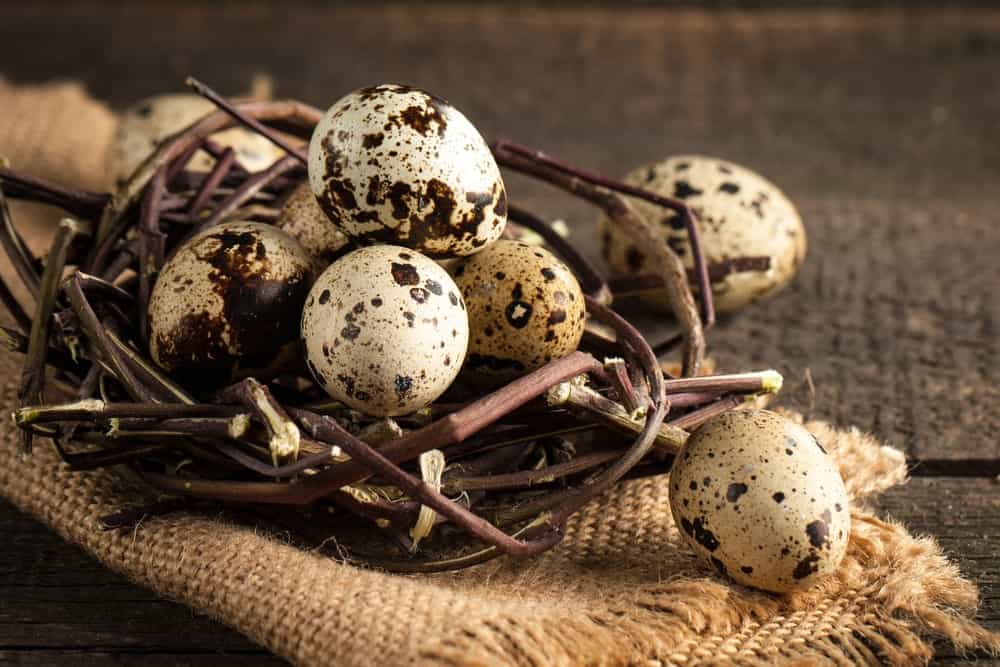 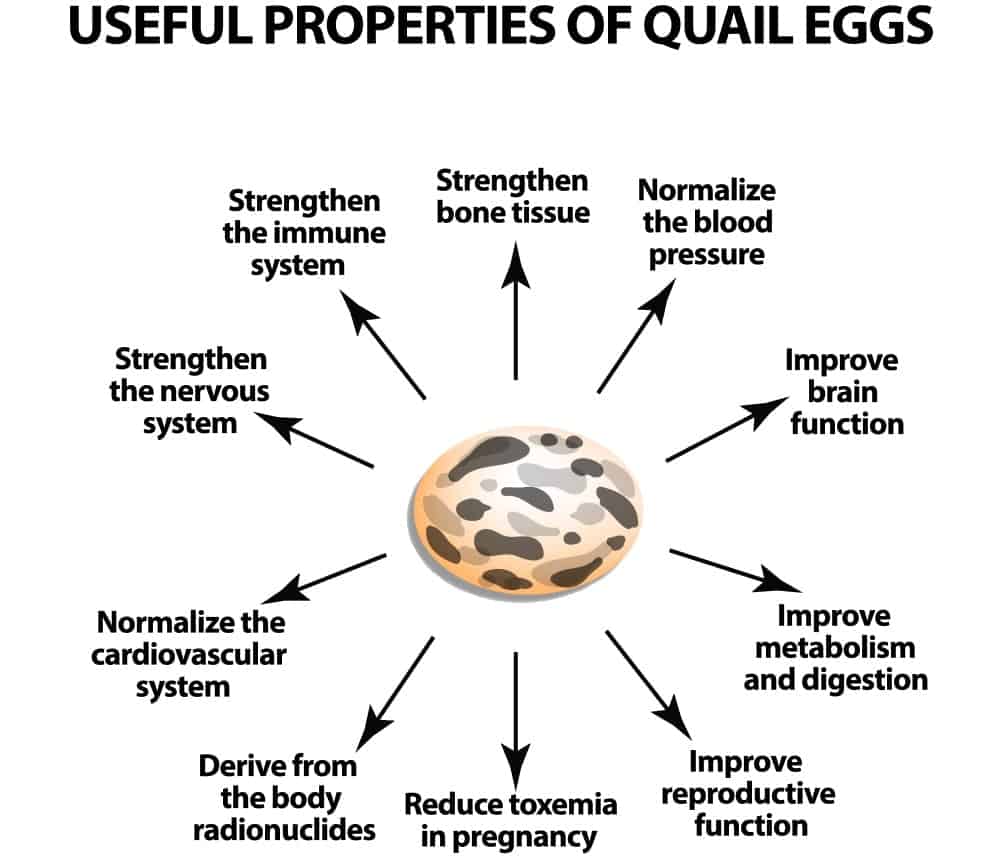 Often favored in Europe but almost unheard of in the U.S., quail eggs aren’t necessarily a meal on their own but they can be very interesting with enough of them. The size of the quail egg is small in comparison to the standard egg. They are usually about the size of a cherry tomato, come in a pale to a brown eggshell that is usually speckled, and they tend to be more of a country village delicacy than something found in the urban menu.

As an egg white and yolk one generally need a couple of quail eggs to make a meal. They are strong in B12 and Vitamin D, however. Most folks don’t fuss with quail eggs in terms of trying to pull them out of a shell for frying.

Instead, the common cooking approach is to boil these small eggs and then take the shell off the hard-boiled egg when ready. Some folks really create a conversation piece with this egg-type when turning them into special deviled eggs. They also present a notable and unique standout in pasta such as a golden egg ravioli. 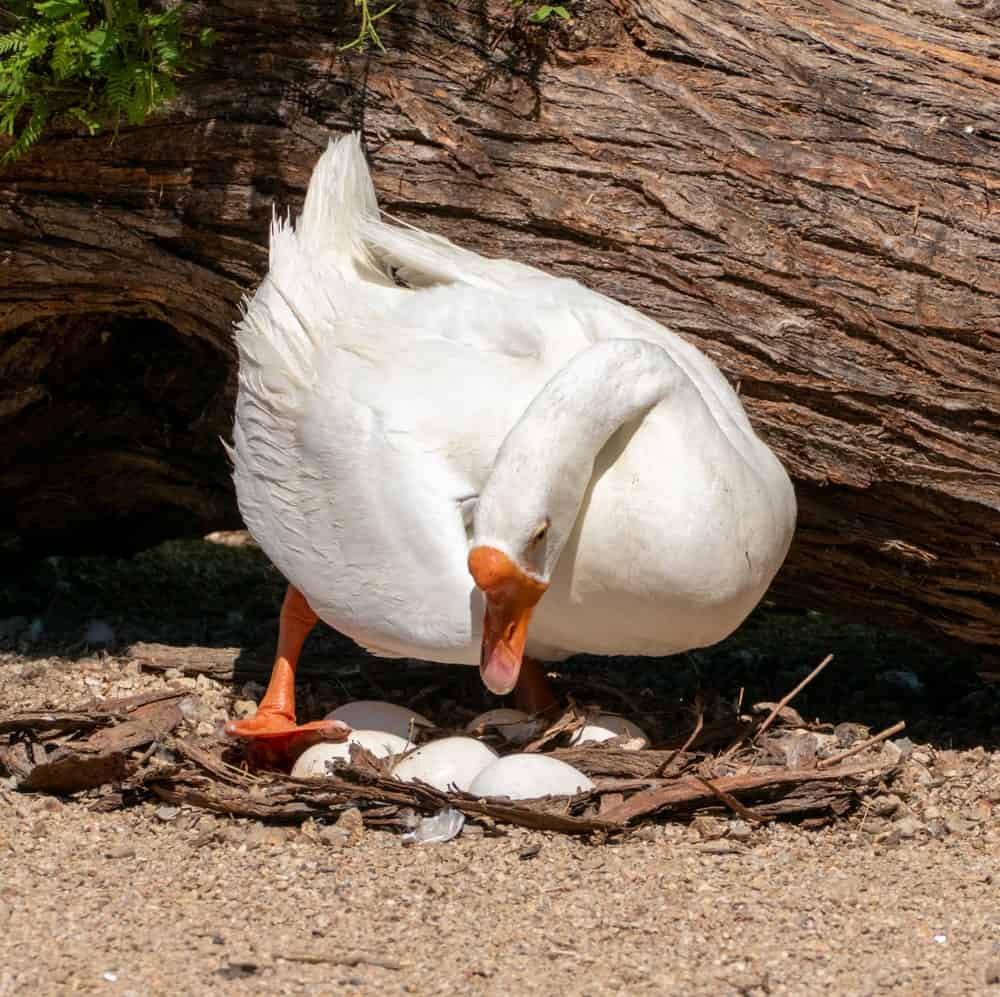 Find a genuine farm with fowl on it and it’s almost a given there’s going to be a goose or two as well. Geese not only provide a sizable feast as a cooked bird, but their eggs are also twice that of a standard chicken egg. However, unlike chickens, geese only produce their eggs at a certain in the year.

The viable period for this egg-type runs from March to May, generally the Spring season. A typical goose can produce a nest of about four to size eggs. There are exceptions, however. In China, some geese tend to produce their eggs during the Winter season.

As a food goose, eggs have a very distinct and different taste from standard eggs. They are often described as a much richer taste, the difference similar to that between basic chocolate and premium cocoa. Also, people will find that geese eggs are quite durable and hard to crack.

Because geese only lay their eggs in short windows, the typical production is about 40 eggs per bird annually. That means as a food choice they will be very hard to find. Most locations won’t have them, and folks typically get their geese eggs from a local farmer known to have the birds on hand. However, because of its size, one egg can easily feed two people for breakfast. 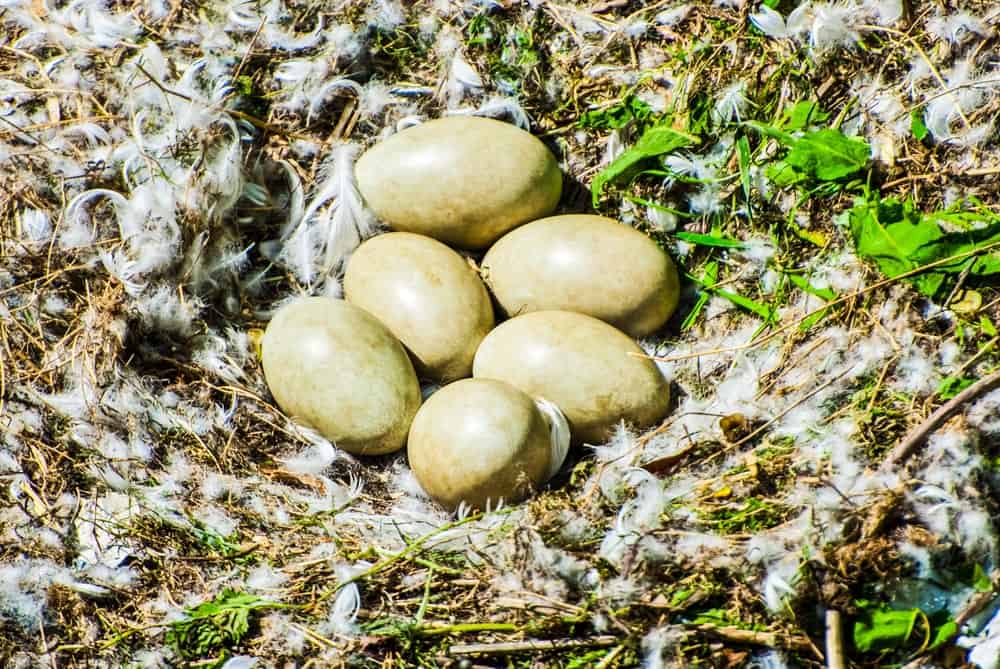 Most American hunters in the Midwest and West love to go after pheasant for the game. They have a tasty meal and great plumage for trophies. However, pheasant also produces edible eggs. Pheasants will lay a nest totaling anywhere from eight to fifteen eggs at a time. The eggs tend to be brown and can be found anywhere from mid-Spring until about the end of June.

Pheasants are very common in Asia, and the eggs are regularly harvested in the wild. Size-wise they are about the same as chicken eggs and a bit richer in taste. In most cases, Pheasant eggs are eaten the same way as chicken eggs, for breakfast or in salads and sandwiches. 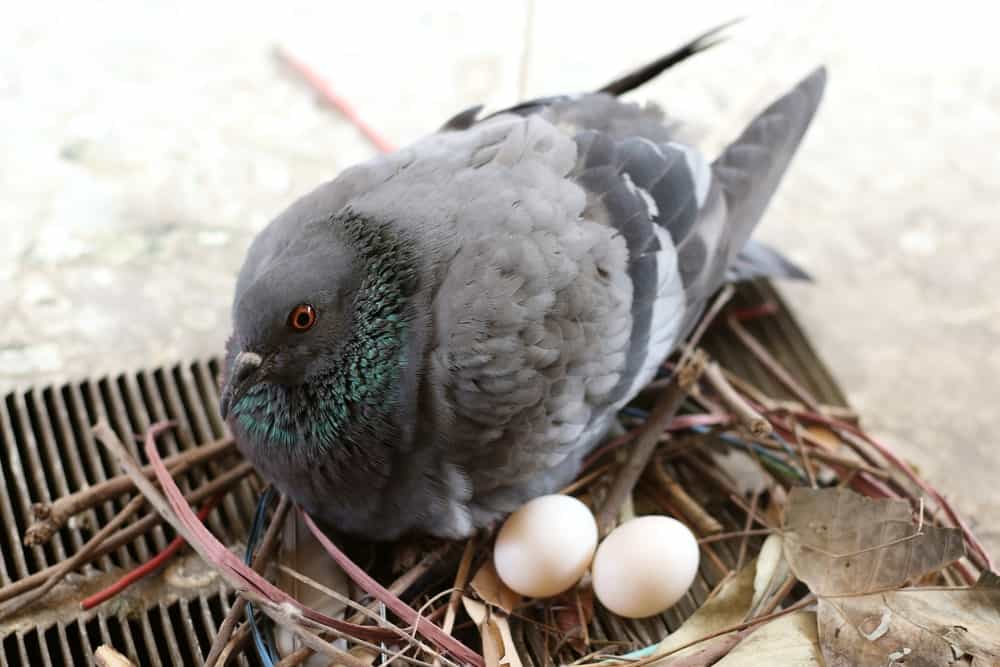 Living in cities and the urban landscape, people tend to think of pigeons as rats with wings. However, pigeons were a regular meal in England during the Industrial age because they were a source of meat and so plentiful just about everywhere. Pigeons love to flock together and tend to favor urban environments, which makes them plentiful in cities. And, surprisingly, their eggs are edible as well.

In Asia, pigeon eggs are a common staple. The eggs themselves are small but larger than a quail egg. In comparison as a meal, it will take three to four pigeon eggs to equal the same as a chicken egg. While the eggs are extremely rare to eat in the U.S., they are a regular meal in Asia as well as in France. Taste-wise, pigeon eggs tend to run the spectrum from odd to tasty. That’s because many people in Asia like to eat them raw. They also mix well with soups, spices, and salads. 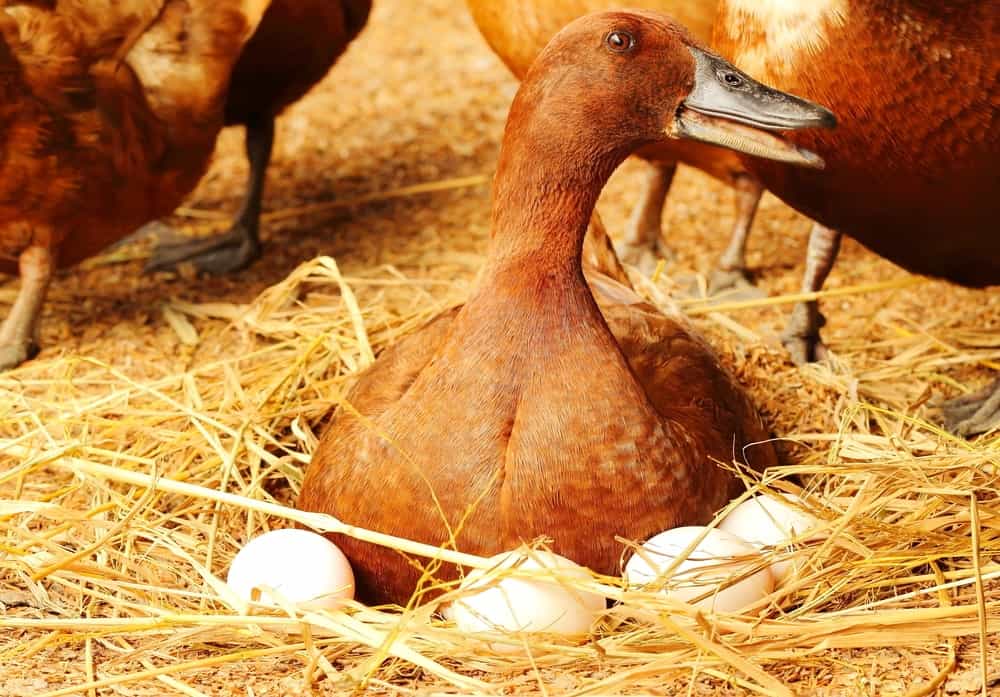 When it comes to bird meals, duck is a bit of an acquired taste. Some people really like the bird as a meal, and others find it too oily or gamey. However, duck eggs are usually rich in taste and come in a slightly bigger size than chicken eggs. The shells are a bit thicker as well. This allows them the stay edible for a longer period of time than the typical chicken egg, even in the refrigerator.

Nutrition-wise, duck eggs are great for ramping up the mineral intake. They are stocked with an iron, potassium, Vitamin B, and calcium. However, there is that source of the “greasy factor; duck eggs come with a lot more cholesterol and fat. That said, most egg connoisseurs and restaurants that serve them find the egg produces a really desirable food dish.

In terms of texture, duck eggs will give off a lot more color. Raw, the white part of the egg will have a slightly bluish-white look to it, and when cooked duck eggs tend to convert to an orangish color when boiled. They are applied in a range of dishes from seafood to pasta. A typical meal with duck eggs can be combined with smoked salmon and vegetables as well as combined with herb bruschetta. They even make an interested deviled egg dish. 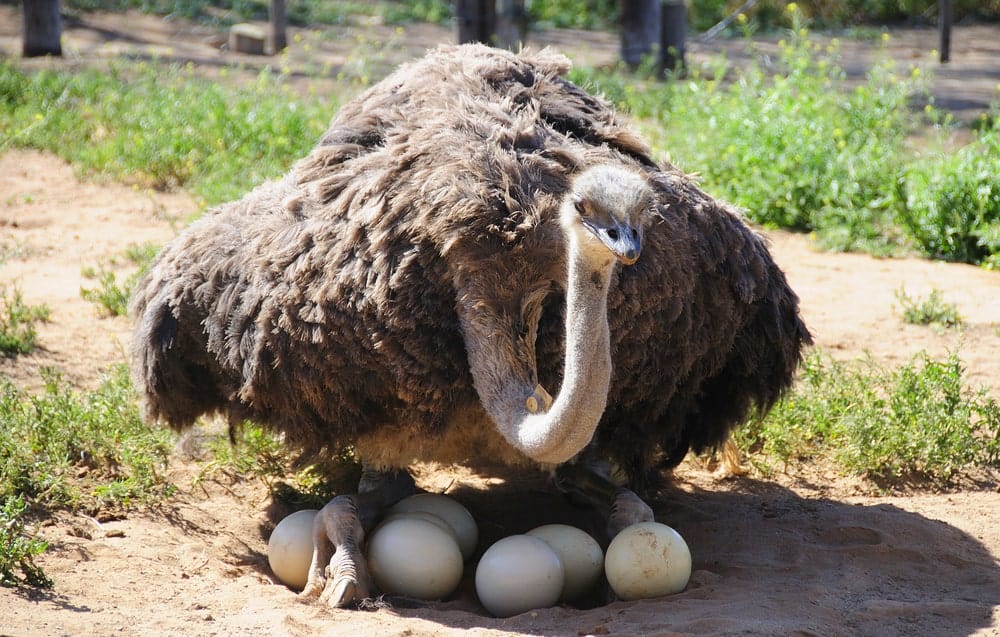 These are the jackpot of edible eggs. Ostrich eggs are large and outsized, similar to the birds themselves versus everything else in the bird kingdom. A typical ostrich egg will have the same food content and value as 24 chicken eggs. It’s also one heck of a dish; weight-wise an ostrich egg typically weighs about four pounds.

The eggshell on an ostrich egg is very hard and will take some work to crack. This is not the kind of food one will find at the local grocery store either. While ostriches are easily found in certain parts of Africa, for example, the eggs have to be imported to the U.S. and Europe to enjoy one. However, despite the size difference, the egg white and yolk are generally the same as chicken eggs, just more of it. A lot more.

Cooking procedures are different too. Hard-boiling an ostrich egg can be a bit of an adventure, usually taking about two hours after one finds a pot big enough for one. However, nothing stops a chef who wants to get creative. Some have created Ostrich Scotch eggs, which literally leaves the eater on the floor stuffed. They also feed an entire family as a scrambled breakfast or a combination of bacon and cheese frittata with Ostrich egg. 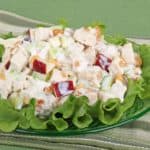 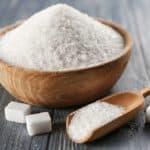