Bread sticks are a favorite at any big meal, and when butter, herbs and garlic are added they don't stay on the table for long. Making garlic & herb breadsticks at home is easy, and a simple way to open the learning door to baking bread on your own.

Bread has been a common staple in dinners and meals for centuries. Spicy bread with flavor is even more popular, creating multiple variations. So, it’s no surprise with a heavy sauce meal like pasta or meats or soups that a companion bread with a lot of flavors would be included as well. And that’s why garlic bread in all its forms is probably one of the top choices people make in restaurants. However, the side dish is so easy to make, one could have it multiple times a week at home if desired.

As an additional meal component bread has, since the dawn of humans, been both a staple as well as an additional table instrument to finish one’s food. How often do people use a piece of bread to soak up or clean their plate to get the last bit of a wonderful meal?

How frequent is the bread used in almost every breakfast meal to start the day? It’s easy to cook and prepare, bread can feed multiple people with a single loaf serving, and it is full of carbohydrates that the body uses for energy. The world of food without bread would likely a shock to many because it is relied upon so much.

Granted anything in excess is bad for one’s health, but a moderated amount of cooked bread with a meal is a great addition for both priming an appetite or finishing the course. And the breadstick is the ideal mini-form of a loaf that anyone can finish in a meal sitting. Breadsticks come in a bunch of different forms and can actually be used to either make singular sticks or even pretzels when wrapped the right way before cooking. For most meals, folks just use a straight stick format when preparing them.

And baking bread in any form is one of the easiest and smartest ways to learn how to cook. Most of the work goes into just getting the dough prepared, placed on a cooking pan correctly, and then placed with the right heat setting. After that, the yeast and dough do their work, and what comes up is the bread that everyone recognizes as a delicious food source. Add in the garlic and herbs, and you really have a high-kick tasty snack that can be enjoyed on its own or with a meal at any time of the day.

Other seasonings can be added to bread as well. Some folks like to have an oil and rosemary taste in their breadsticks. Others like to add other herbs as a combination; using Italian seasoning is an easy shortcut method that a lot of folks use to get everything included in one batch.

What is essential for the process, however, is a reliable stand-up mixer. In the old days one had to mix the dough by hand. This is hard, manual work that will give you a pair of sore hands if you’re not ready for it. Instead, the automatic mixer can do the hard job, and you can just take the dough out to work with it making the bread sizes. Then into the oven, everything goes and the wait for the cooking commences until ready.

Of course, if you really want the authentic feeling of making your own bread by hand, then skip the mixer and knead the dough by hand. You will definitely get an appreciation of the time it takes to go through the preparation process, and you will have a newfound respect for all the bakers who had to mix bread as a business or at home long before the mixer was ever invented. Not to mention, it’s a good skill to have if you ever end up in a place for a while with no electricity.

Instructions on How to Cook Garlic & Herb Breadsticks

Ingredients for the Bread

Step One: Preparing the Yeast

Put the warm water and the yeast in the mixing bowl. Do nothing for five minutes. This is the activation phase for the yeast.

Slowly pour in the flour, butter, and salt while using a spoon or whisk to keep everything mixing. A spoon is better as the mixture will thicken and become harder to move in a few minutes. Normally everything in the mixing bowl should start to form a ball. If it gets too hard, put in a bit more water but not too much.

At this point the dough needs to be worked. If not, the ingredients won’t be a consistent mix throughout the dough. Shift the mixing bowl to the mixer and put in the proper arm attachment to do the job. Use a low to medium speed to mix. Allow the mixer to run for at most eight minutes.

Now the dough is ready to work with and create the breadsticks. Prepare a cooking pan on your counter that the dough will bake on. Use a wood board with a dusting of flour as your workspace. Press the dough flat after taking it out of the mixing bowl. Use a roller or your hands for the job. Repeat. Repeat again.

This removes any trapped air bubbles in the dough, which will take up space in your breadsticks when cooked otherwise and deform them. It won’t hurt the taste, but they will look weird. Ball up the dough again. With the dough pressed, coat it with oil and let sit in a bowl to allow the dough to expand for 90 minutes.

Melt the butter in a bowl and add your garlic, season, and salt. Brush this onto your dough sticks sitting in the pan. Be liberal with the brushing as the seasoning and butter will soak in. Let the breadsticks sit and rise again for about 45 minutes to an hour.

Preheat the oven to 400 degrees. When ready place the pan in the oven and cook for about 12 minutes at most. It might be 10 minutes for faster-cooking ovens. Ideally, the breadsticks should turn to a golden brown. Pull them out, turn the stove off, and serve the breadsticks after they have cooled off a bit but are still warm. 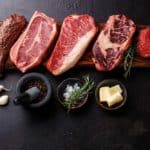 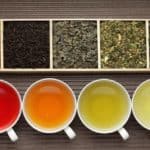