Do you love to eat nuts? Have you ever heard about pecans? If you’re a nut lover, then you’ll surely be familiar with pecans also. Roasting and baking pecans add an extra layer of taste. Keep reading to learn how to bake pecans.

Pecans are also the same as nuts belonging to the family of walnuts and chestnuts. They are primarily yielded in the southern United States; however, they are exported everywhere around the globe. Thus, you can find these tasty nuts easily. Pecans have a similar shape and look like walnuts because they belong to the same family. However, several differences can be found among them: the smaller pecans’ size than the walnuts. Also, they are sweeter.

How to Bake Pecans

There are two ways of roasting the pecans. You can either roast them or bake them. Let’s look at both methods.

Roast Them on the Stove Top

Bake Them In the Oven

The ideal cooking time for baking pecans is 10 to 15 minutes.

Pecans come coated in the shell; therefore, they are already protected from dirt and impurities. If you rinse them, they will become soft and lose their crispness.

If you’re roasting them on a stovetop, it’s important to continually toss them. Otherwise, they will not roast evenly.

If you want to avoid burning pecans, go for a medium flame. Don’t walk away while roasting! They can go from zero to burnt in under a minute.

How to store raw or roasted pecans

Store raw pecans at room temperature in a sealed container for 1 to 2 years. If you want to store roasted pecans, place them in an airtight container and store them in the refrigerator or the freezer. They spoil easily when roasted.

What are the best seasonings for roasted pecans?

Garlic salt, paprika, taco seasoning, and blackened seasoning would be great on them. You can use these seasonings in combination or separately.

How to use roasted pecans

Roasted pecans are an extremely versatile nut that can be used in a wide variety of ways.  Pecans bring a unique taste to most recipes. They can be enjoyed as a snack, sprinkled over salads, or even used as a topping for desserts.

Pecans are actually the seed of the pecan tree, which is native to the United States. Pecans are very high in fat and protein and are rich in vitamins and minerals. A single serving of pecans has 30% of the recommended daily value of vitamin E, along with a large dose of magnesium, potassium, calcium, and copper.

Pecans also contain antioxidants and anti-inflammatory properties, which may help reduce the risk of arthritis, cancer, and heart disease. 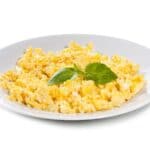