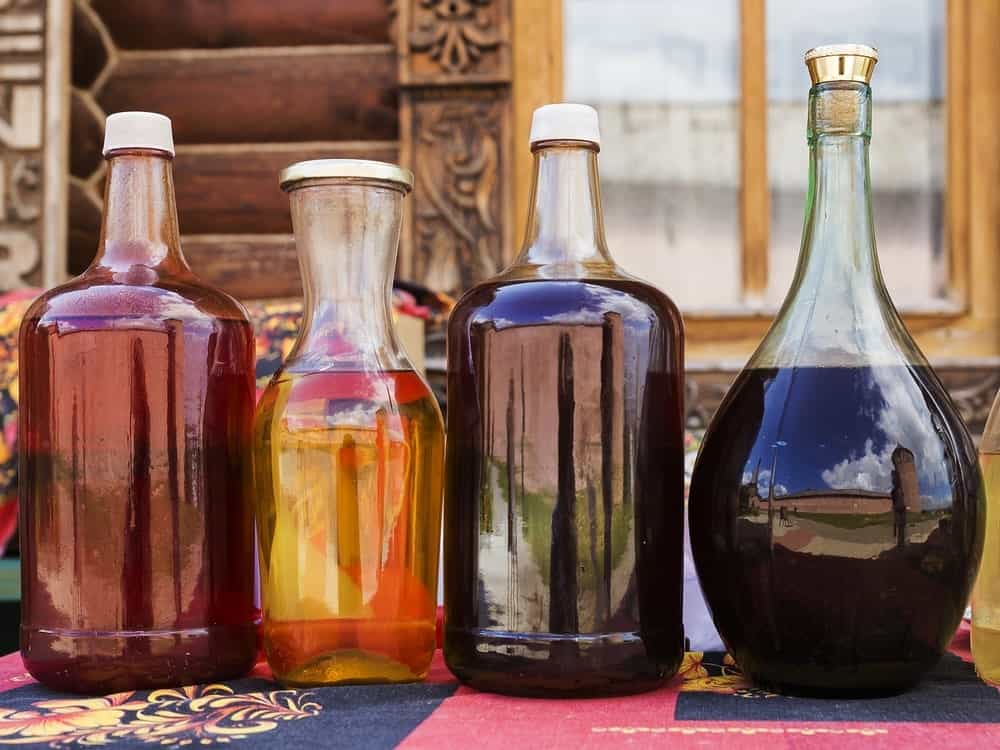 If you’re a student of ancient history the early drink of mead is a familiar term. Often confused as beer, mead got its start early in human history as a social drink that produced an alcoholic effect but was simple and easy to make from a variety of different organic ingredients and water.

The variations grew over time and different styles of preparation were refined, depending on what was available locally to work with. Today, mead is a bit of an obscure drink in developed areas but it is still commonly consumed in more rural locations as well as a specialty.

Mead has been referred to by a number of names, one of the earliest being “honey wine.” Honey and water were available in early times from bees and natural water sources nearby. Once mixed, the ingredients created a sweet drink that, left to sit, developed an alcoholic effect as it fermented. This was unavoidable and became an easy discovery in ancient times simply due to the fact that a proper refrigerator wasn’t invented until well into the 19th century (1834 to be exact).

Just about every form of mead has honey and water, the two base ingredients. The variations occur in what type of honey is used, what other herbs and spices are added, the containers used for fermenting and storing which can also add flavor, and the age. The alcoholic content will often be influenced by how long the mead is aged before consumed.

A Bit of History 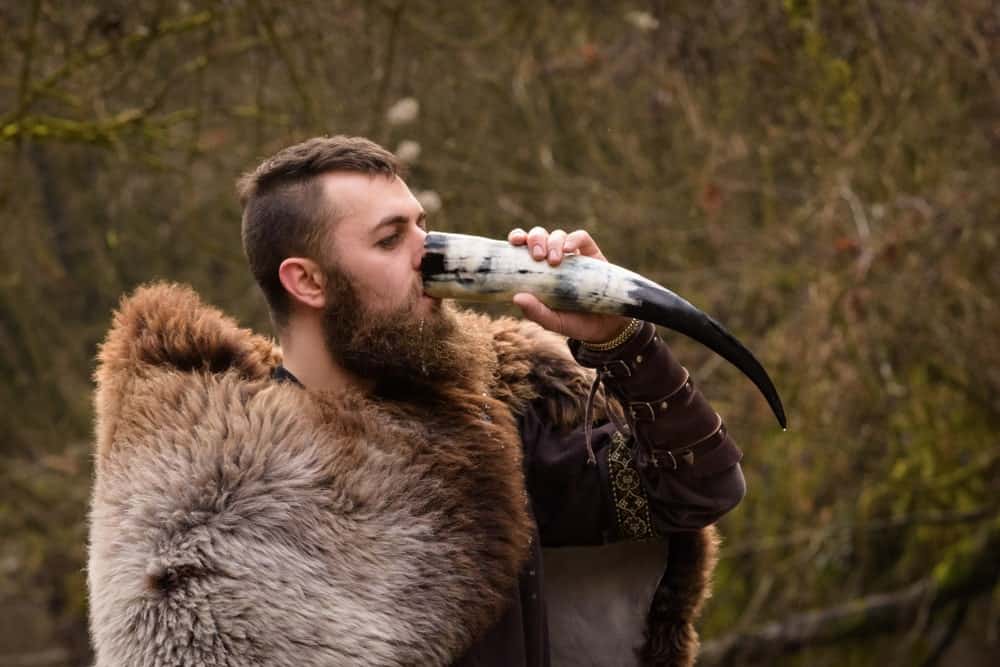 To understand the differences between types of mead today, it helps to know where mead came from. Mead is probably the oldest, if not one of the top two or three oldest, alcoholic drinks made by humans in history. Mead is referenced at least as far back as the oldest written records and probably existed before then as well.

More than likely the drink was created by accident with a combination of honey, water, and naturally occurring yeast floating in the air. Since folks live far closer to nature, the interaction with wild yeast was far more probable. Yeast is technically a fungus that likes to grow on grains, fruits, and even vegetables. Since ancient people probably stored all their food together, contamination was almost a given.

Mead shows up in history records everywhere from ancient Egypt and pharaohs enjoying the drink regularly to the Norse Vikings getting a bit drunk and violent imbibing too much after a big battle. The reference to drinking out of an enemy’s skull cap, a common victory celebration involved Mead as the actual liquid consumed.

The Vikings also referenced Mead as the way that Norse gods got each other drunk for seduction. The Greeks actually created a deity, Bacchus, for Mead, which was later switched to the god of wine, a concept reinforced by the Romans subsequently. Mead was the primary means for relaxing and being liberated, which was celebrated at least annually if not twice a year involving big parties and indulgences.

By the Dark Ages and Middle Ages, the drink was very present and available all over Europe and as far west as England. Queen Elizabeth, I had her own recipe and famous poets like Chaucer refer to it in their writings. In Germany, the drink was an easy way to feed and back calories into armies that had to be fed in bulk. The drink didn’t spoil (it was already fermented) and could be easily transported.

Mead has also been woven in social fabric from an early time as well. After a marriage, newlyweds are expected to go on their honeymoon to consummate and potentially trigger children. The term “honeymoon” was used to refer to a month-long (ergo moon) session of drinking Mead s so that there were plenty of opportunities for nuptials to produce a child and heir.

The drink really didn’t start to taper down until some experimenting monks in Germany before 822 A.D. came up with a foul-tasting new drink that the Pope blessed because no one in their right mind could understand why anyone would drink it.

The monks, who relied on the drink to feed them through the winter months were quite ecstatic with the free pass for their new drink, and so the reinvention of beer began its spread and take over as the social drink to have in the Medieval Ages that point forward. However, Mead remained solidly entrenched in hotter climates both in Africa as well as Asia for centuries still.

Today, Mead is generally not allowed in the U.S. and the United Kingdom. Much of the argument of refusing to do so involves the technical nature of distilling the drink correctly. The ingredients still remain the same: a base of water and honey that ferments. The variations are controlled by the amount of water to honey.

The alcohol produced can be a low level compared to a very strong beer to as much as 75 proof. The amount of honey influences the taste tremendously; lots of honey produces a very sweet-tasting mead and the opposite is far more water. The fruit taste actually comes from the yeast instead. And that doesn’t even begin to count for all the spices possible in various recipes. 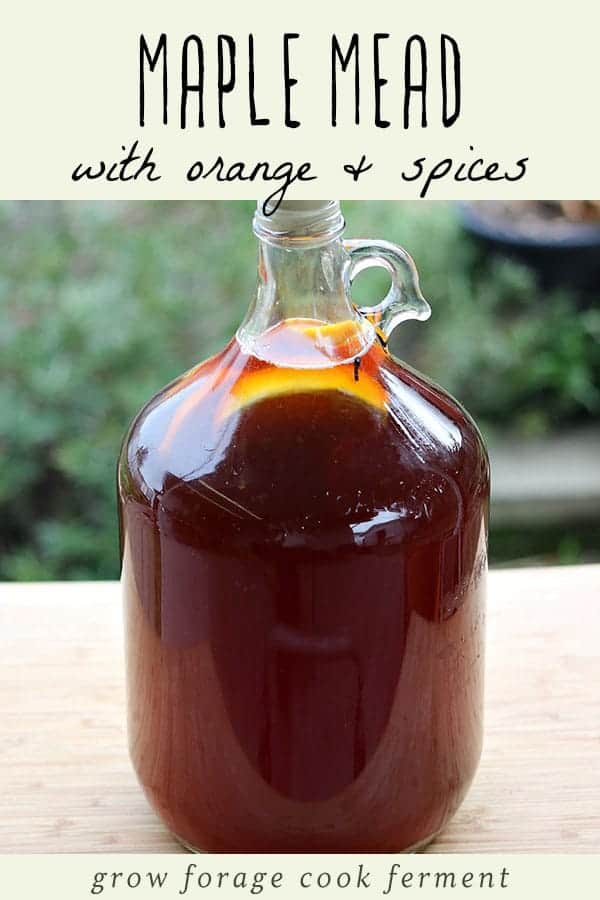 One of the few Meads that do not use honey as sweetener base, Acerglyn relies instead on maple syrup. The process is the same in terms of making it, but syrup provides sugar and sweetness. 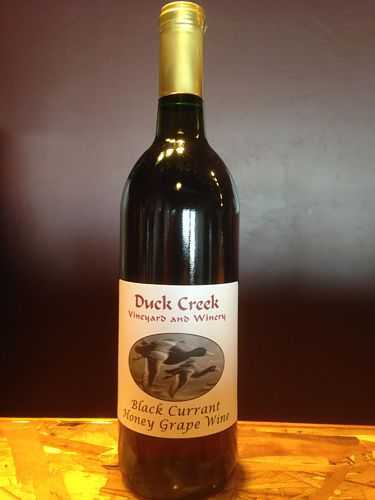 The key ingredient in this version, aside from the water and honey, is black currants. Variations are dictated by how much black currant is used versus other recipes, and the coloring can range notably as a result. 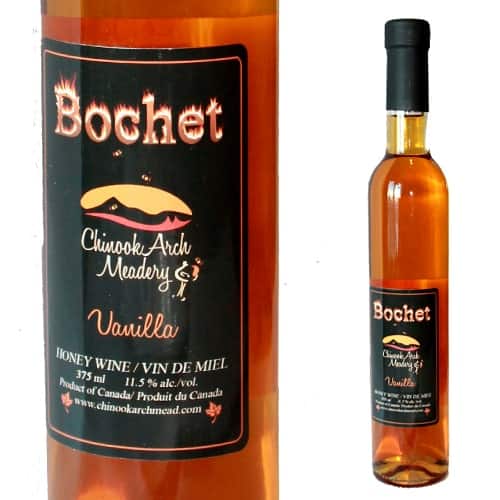 This version of Mead involves a pre-cooking of the honey prior to use. The honey is turned into a syrup and then a caramel before mixed with water. Doing so reduces the water content already natural in the honey. That in turn reduces the overall water percentage in the mix which produces a very different taste than if mixed uncooked.

Similar to the Bochet process, the Bochetomel Mead simply allows for the adding of berries for additional flavor. Typical berries used include elderberries and blackberries. 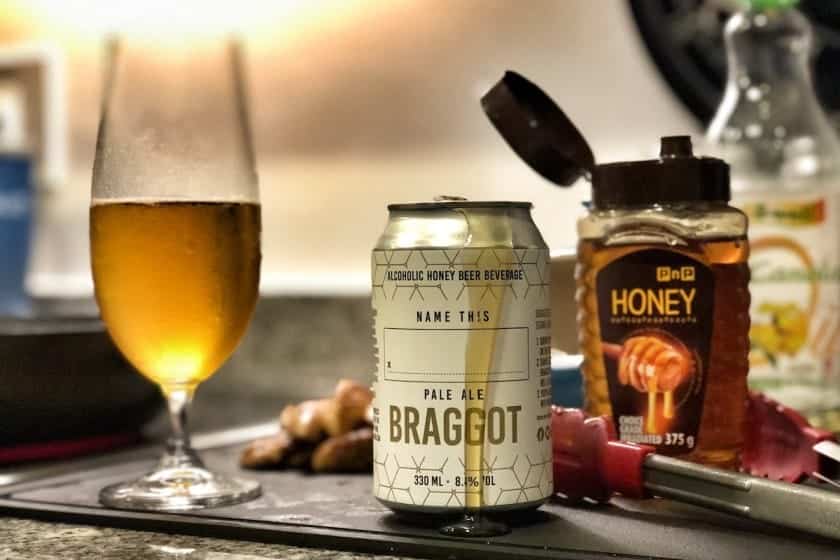 A Welsh version of Mead, this recipe utilizes hops mixed with honey and water. Other variations swap out the hops for grains, and the drink is also referred to as Bracket.

Believe it or not, this type of drink involves mixing of chili peppers into honey and water for a serious kick in the flavor. There are mild versions as well that still use peppers for the less brave. 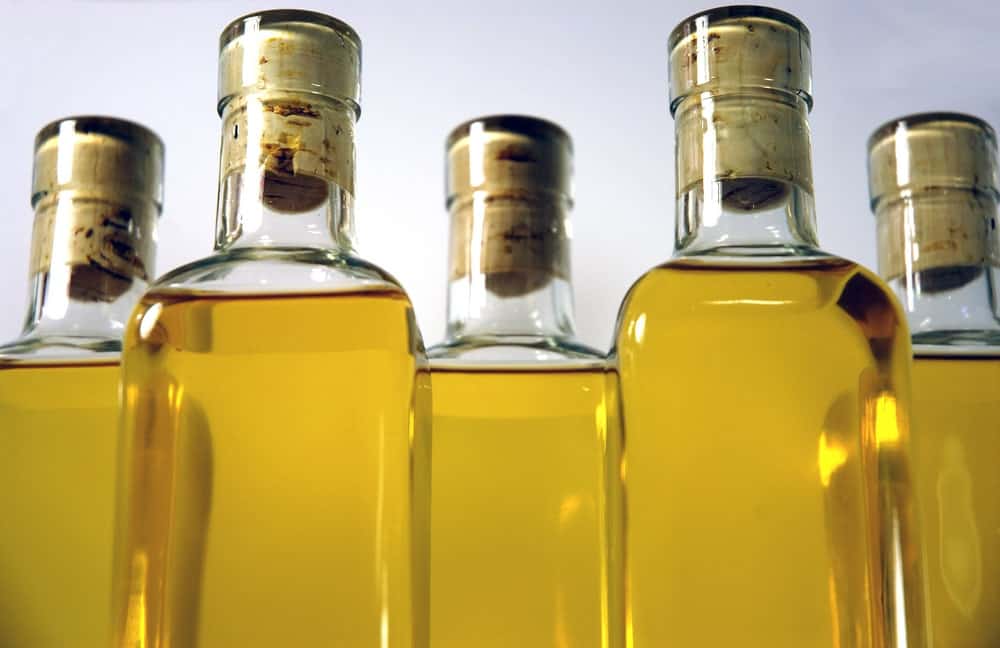 A Mead simulant of cider, the main ingredient of honey is augmented with apples. The two food ingredients overload the recipe with natural sugars, which gives the drink a very strong flavor and alcohol potential. 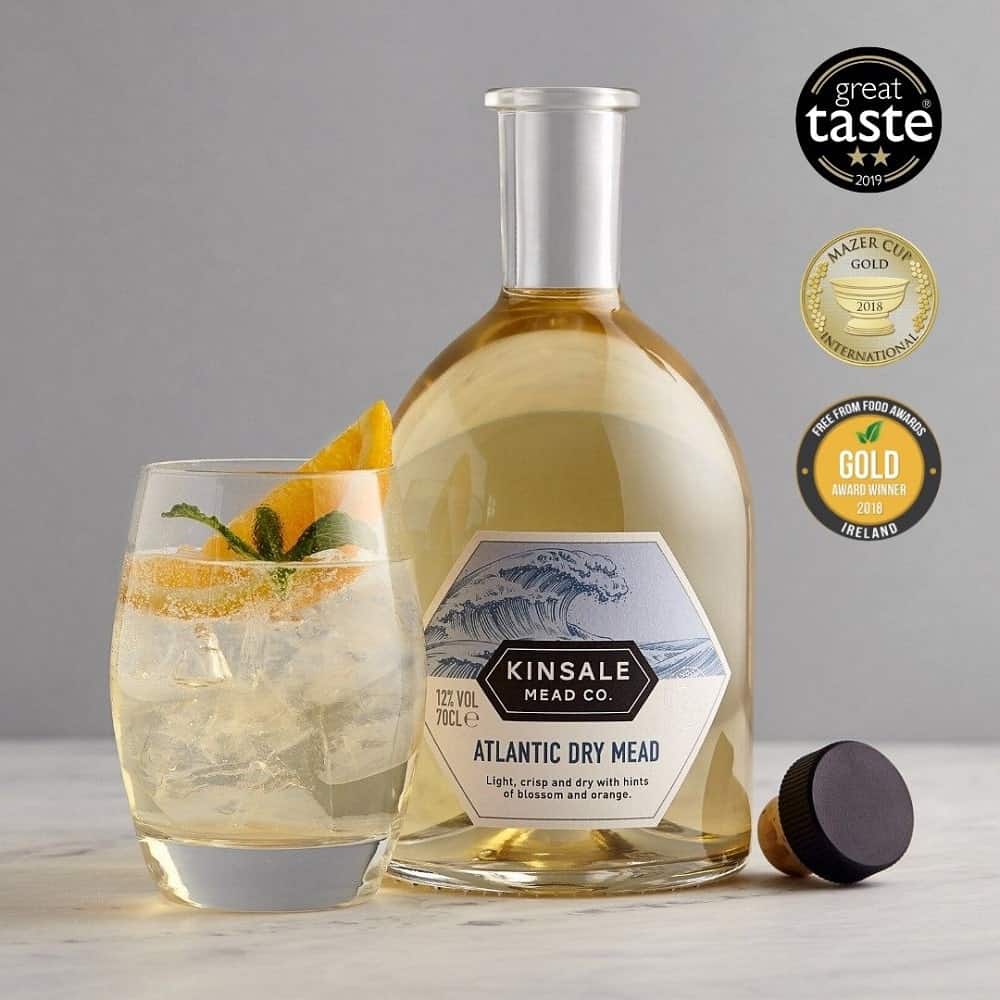 A version of Mead where the use of honey is restricted on purpose. The result ends up being a drink that is very much alcohol and water and hardly any taste of honey.

This version can be a type of a number of different Meads versus being all its own. The reference is in fact to a very old aged Mead versus a younger one that was not fermented very long. Typically, a longer fermenting process produces a far stronger flavor. 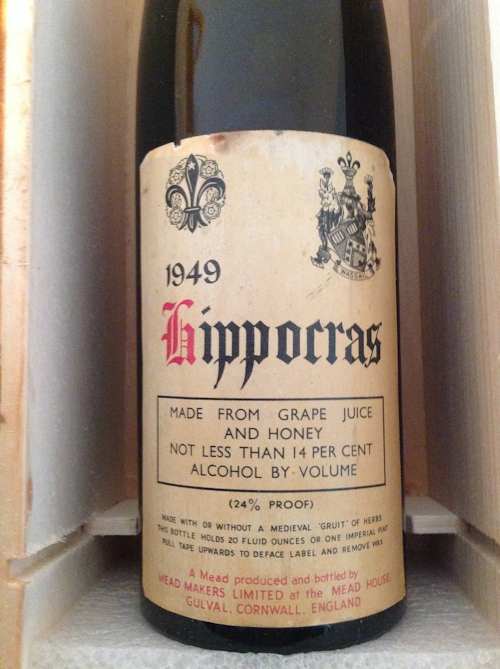 If one wondered whether this Mead had Greek roots due to the name, they would be half right. Hippocrates invented the method of making this mead, which involved filtering it through filter bags contained in a sleeve. The Mead incorporates spices like cinnamon and also uses heat sometimes for added flavor enhancing. 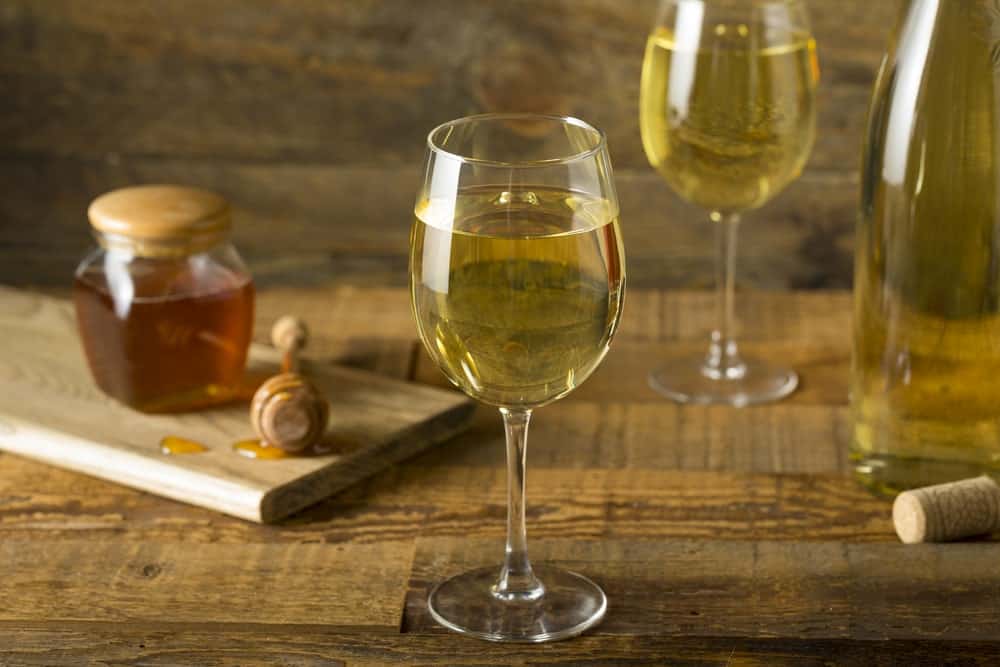 This kind of Mead is heavy on the water for dilution. The effect ends up reducing the alcohol content considerably. 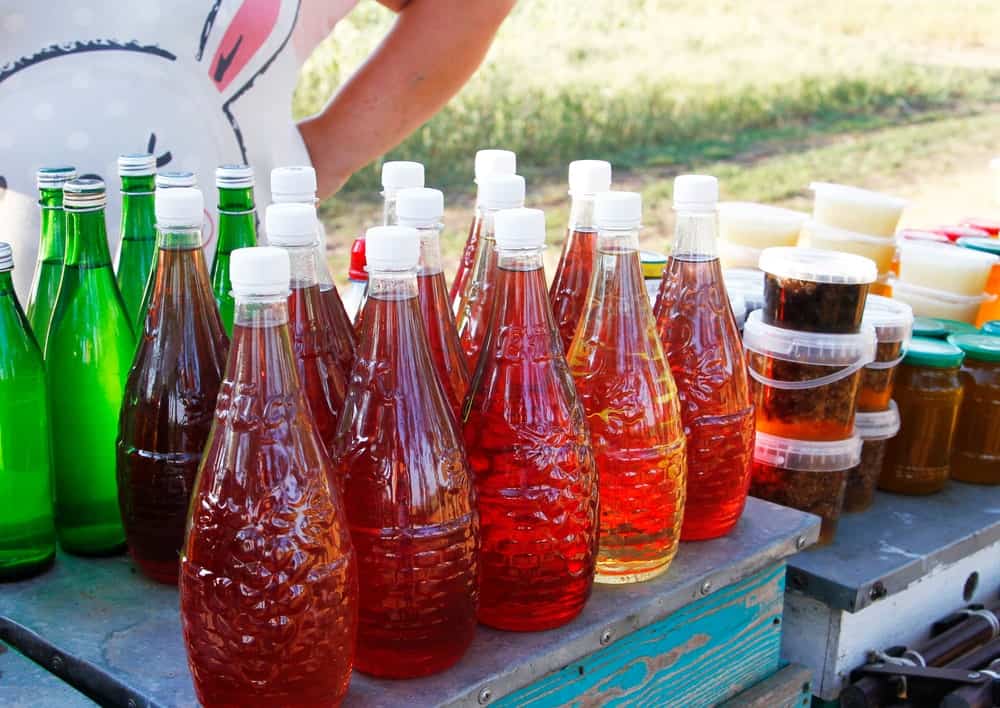 A fruit-intensive version of the drink, Melomel can also include spices as well. The fruits help increase the fermentation process as well as create variations of sweetness.

For many years this version of Mead was considered medicine as well. The typical production included a variety of spices, many of which on their own already had health benefits. Since it was all combined, folks assumed the aggregate was even healthier to drink.

A cousin to traditional Melomel, this type of Mead is concentrated on various honey mixed together as well as with mulberries for added flavor. 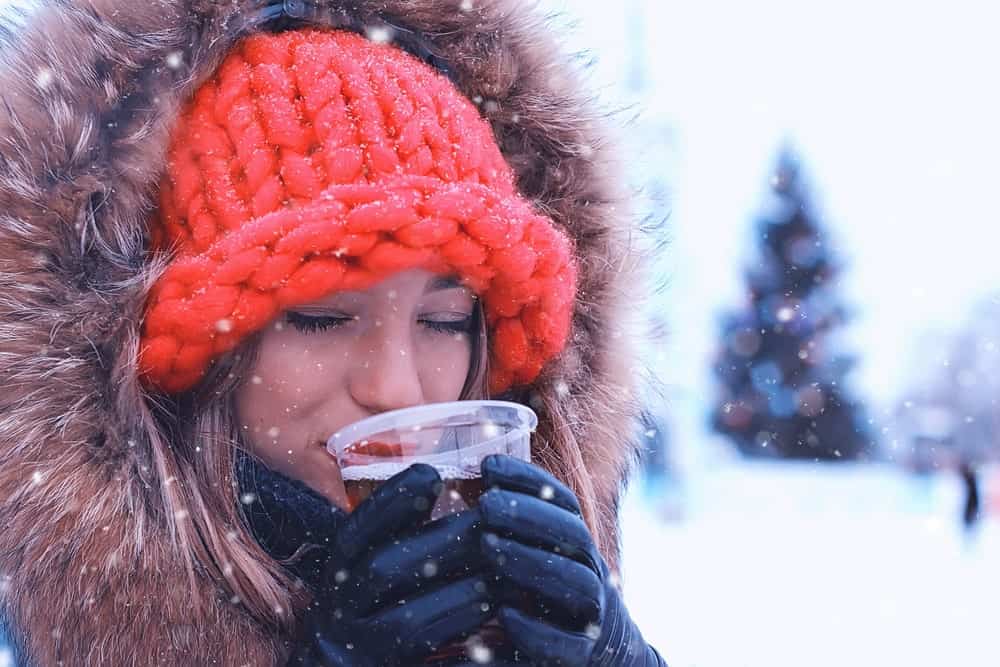 Unlike many other versions, Mulled Mead incorporates heating after the base recipe is augmented with spices that produce significant smells. Cinnamon is a common ingredient and Mulled Mead is a favorite during Christmas time and deep winter.

A version of Mead that relies on unripe grapes squeezed for their juices, Omphacomel could easily be categorized in the more bitter spectrum of Meads. However, the recipe is brewed which cooks off some of the harshnesses of the pre-ripe grape flavor.

This odd-sounding Mead name refers to a classic mixture of the drink that dates back centuries. It is the simplest of recipes, involving just honey, vinegar, and wine. 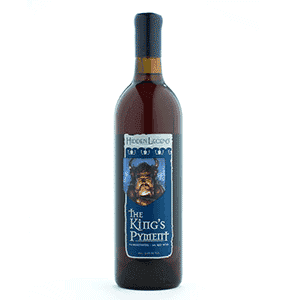 Not to be confused with settling an outstanding financial obligation, Pyment is a family of Meads that are made from the grape products. The variation comes from whether one uses just the grape juice, the entire grape, or the output of grape wine.

A combination of rose petals, rose attar, or rose hips mixed in with honey, Rhodomel is a connoisseur‘s target for finding when it comes to strong-flavored Meads. 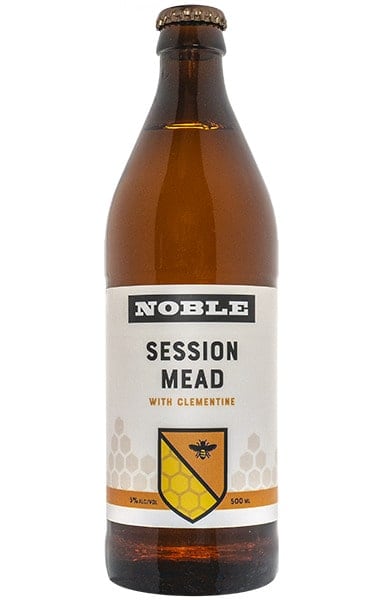 Almost comparable to a flavored soda, this kind of Mead hardly has any alcohol content and gets carbonated to give it a fizzy drinking sensation, like champagne. 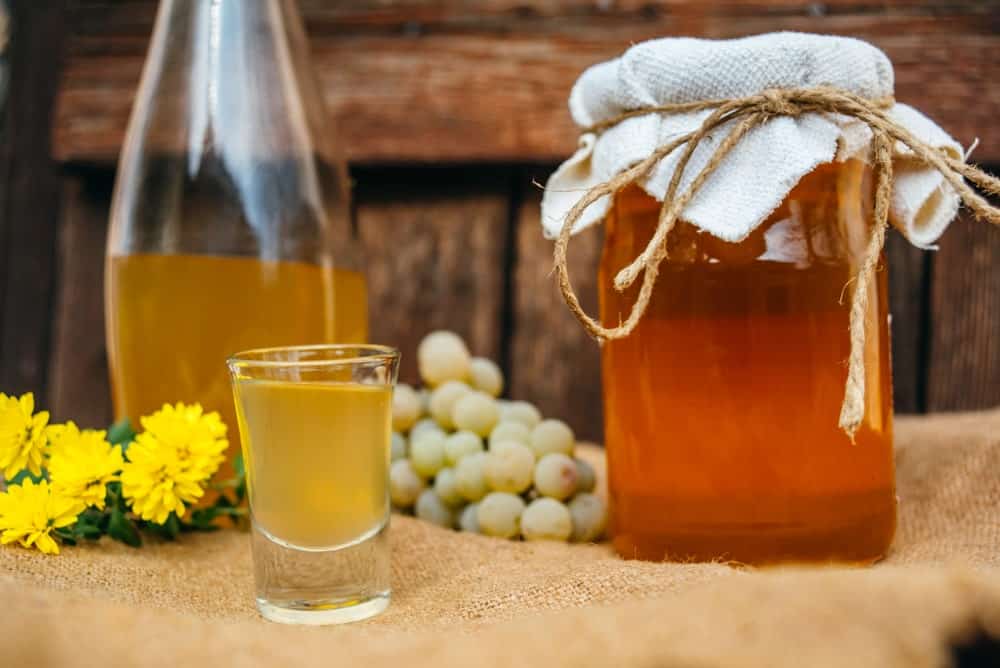 Another recipe on the high end of the spectrum where plenty of honey is not enough, this version produces an almost shocking taste of sweetness and could easily be compared to drinking a sweet pastry or cake. Interestingly, it’s alcohol content is in the mid-range of 15 percent or so.

When people are in a hurry, they always invent a fast-food version of something. Short Mead can be prepared very fast, only taking a few days to four weeks to finish. The final product is far more similar to ale or even a cider than the thickness of an aged Mead. There is also a pleasant sourness to it since the honey doesn’t get to ferment near as long.

Intentionally void of spices or fruits, this type of Mead comes from basic ingredients: honey, yeast, and water. Makers will add enzymes, however, to adjust the sweetness taste. 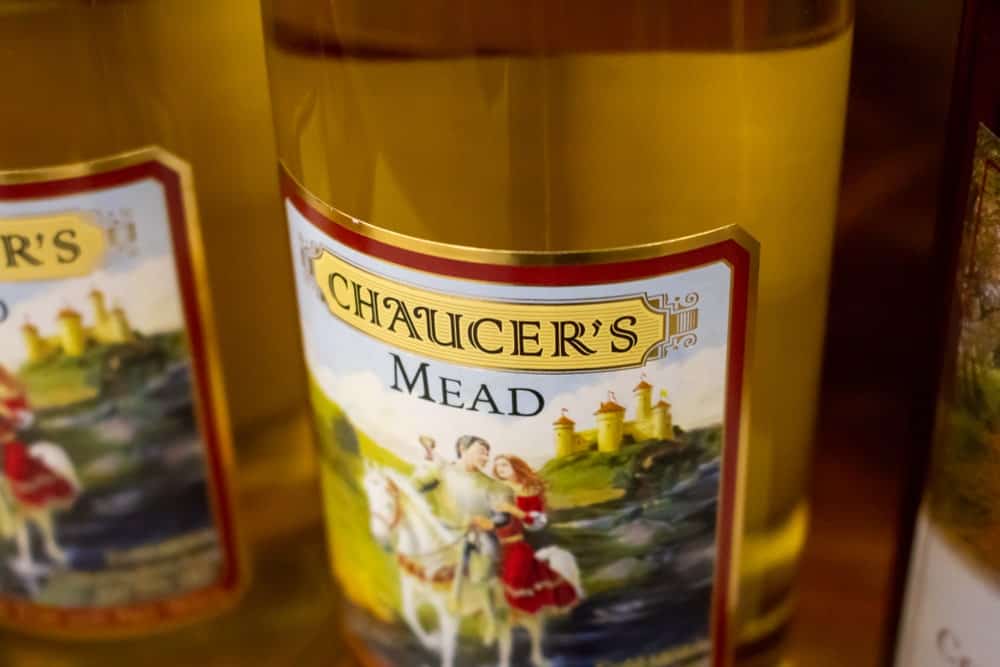 Carbonated, the difference in this version is that more honey is added right at the end when the Mead is to be placed in a sealed container or bottle. Doing so adds more fermentation while the bottle sits until opened again. 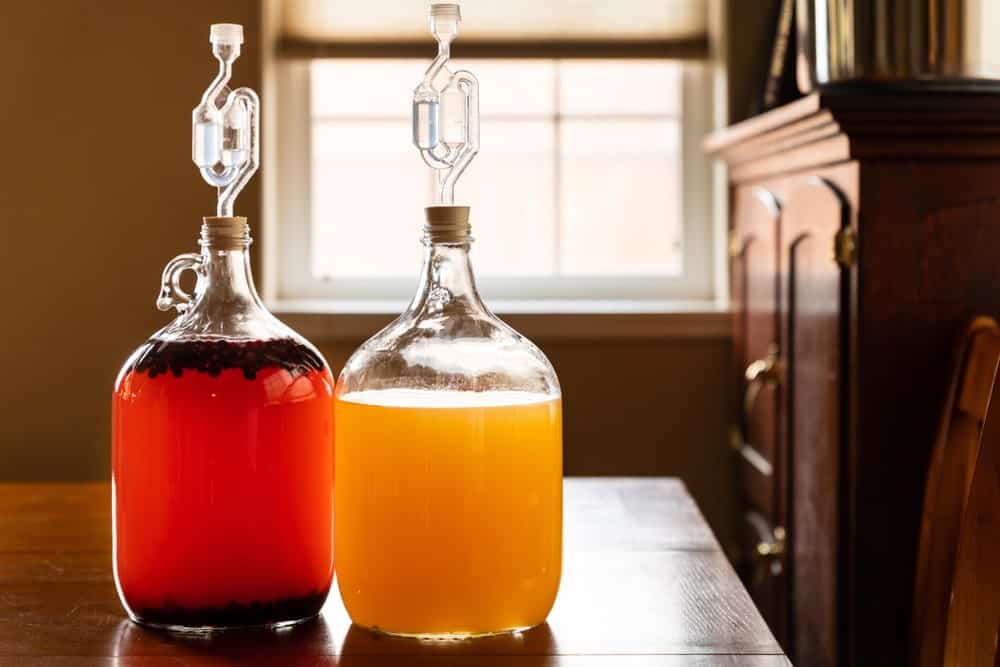 Is it possible to use eggs in Mead? Yes. White Mead is famous for combining egg whites into honey and water with fruits and herbs as well. 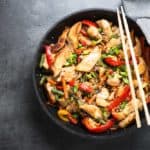 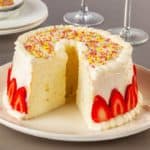