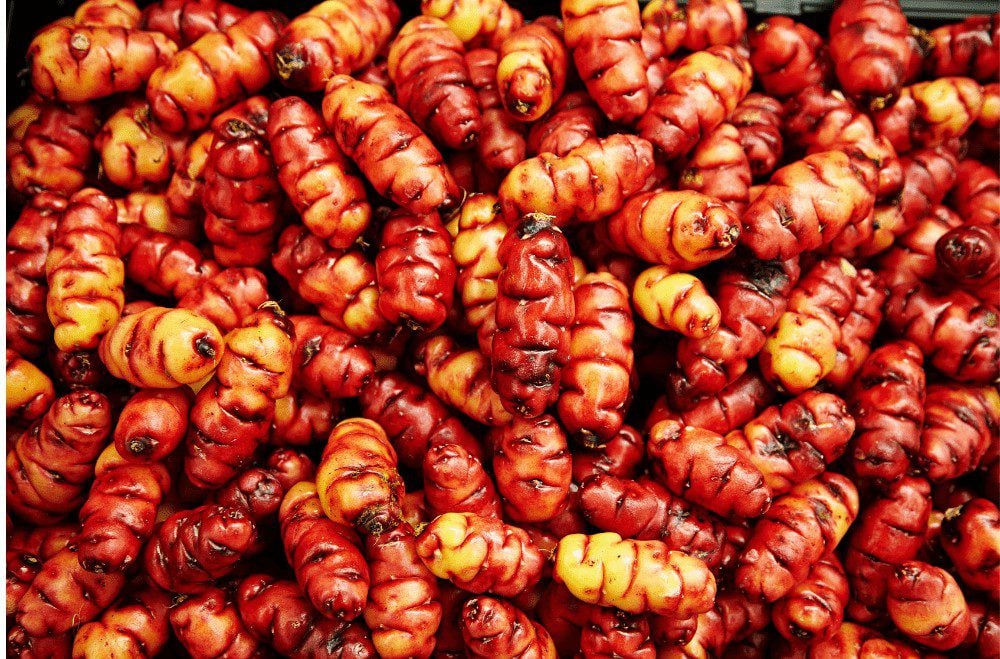 New Zealand yams belong to the Oxalidaceae, or wood sorrel, family with the Latin name Oxalis tuberosa Molina. This interesting herbaceous plant is a native of the Andean region and is cultivated in subtropical or tropical climates. It was introduced to Europe as a competitor for the potato and is popular in New Zealand, which lent its name to this root vegetable.

The oca plant is a perennial plant that grows to approximately 30cm high, the tubers are edible. Smooth, with regular hollows and colors ranging from yellow to white and red, they tend to be 4-10cm in length and 2-3cm thick. Other names for this tuber vegetable include oca, oka, quiba yam, papa roja, and kao. It is considered to be important for food security due to its role in crop rotations and high nutritional content. It is second only to the potato in its cultivation in the Andean region.

A substantial crop of Andean peoples, it has been cultivated in the region for centuries. In the mid-late 1700s, it was introduced to Mexico, becoming cultivated outside of the Andes for the first time. In 1835 it was introduced to France, and in 1850 French chemists produced the first nutritional analysis of the vegetable. New Zealand, the country which lends its name to this yam outside Latin America, first saw its introduction as early as the 1860s. New Zealand yams have been growing in popularity since the 1970s. 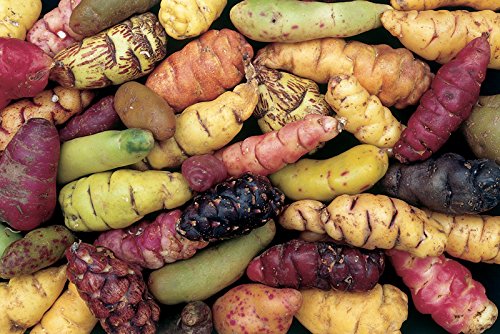 Consuming New Zealand yams as part of a balanced, healthy diet has many potential health benefits due to its nutritional profile. Vitamin A is good for vision as it helps prevent macular degeneration, a major contributing factor to age-related blindness. It also helps with promoting a healthy immune system. Potassium is good for bone health, strengthening them against fractures. B6 helps with enzymatic functions and brain health. Vitamin B2 assists with red blood cell production.

There are many ways to cook this root vegetable. It can be cooked and eaten like a potato or used in desserts like you would use a sweet potato. Boiling, frying, baking, and roasting are all common ways to prepare dishes that use oca as an ingredient. They can add a zesty taste to curries and hearty stews. In Mexico, oca is sometimes eaten raw with lemon juice, salt, and hot pepper.

With a tangy, citrus flavor, storage in sunlight can increase the sweetness of New Zealand yams. When lightly cooked they are crisp and take on more flour-like, starchy, or meaty aspects when cooked well. While not as commonly utilized in cooking, the leaves and younger shoots taste delicious in a salad with a bit of olive oil or with main courses. The mature stems are similar to rhubarb.

The oca plant is famous for its easy propagation and tolerance for adverse factors such as poor soil quality, high altitude, and harsh climates. It is planted from Venezuela to Argentina at 2800-4100 meters above sea level. It is most abundant in northern Bolivia and central Peru. Over the years, the plant has acclimatized to many countries and climates.

New Zealand yams need a long growing season and are dependent on the length of the day. The tubers tend to form when the day length shortens in the autumn (which is March in the Andes). It requires temperatures in the average range of 10-12C. In the Andes, the growing season begins around September and harvested from April to June, before the first frosts arrive. Earlier than normal frost can severely damage tuber crop yields. Between planting and harvesting, growing oca requires very little tending apart from some occasional weeding and hilling.

The New Zealand yam is a root vegetable many of us outside of New Zealand or Latin America might not be aware of. However, with their unique taste and texture, they provide a more adventurous alternative to the humble potato. The oca is definitely worth checking out the next time you see it in the store. 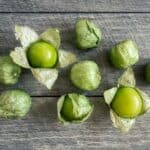