Oysters are considered a delicacy and rightfully so. They are delicious and when paired with your favorite champagne are hard to beat. Oysters are rare in that they can be cooked such as the popular Oysters Rockefeller, grilled, charbroiled but probably the most popular way to eat oysters is freshly shucked straight from the shell that is overflowing with tasty briny liquor. They are often adorned with lemon wedges, hot sauce, or the popular shallot-based mignonette sauce.

Just about more than any other food, there are many myths surrounding oysters. One thing for certain, people either love them or hate them.

Let’s dispel some of the many myths surrounding these delicious bivalve mollusks!

Will Oysters Get Rid of a Hangover? 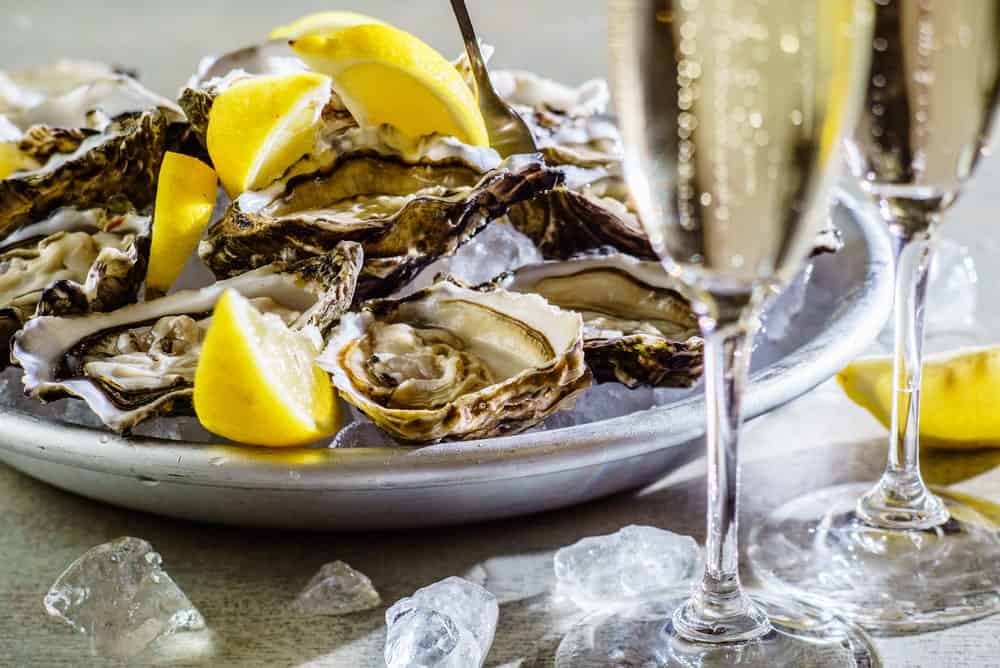 Yes, believe it or not, many people believe that eating raw oysters will get rid of a hangover. Just like the myth that oysters are an aphrodisiac.

Unfortunately, neither of these myths are true. I can attest to the fact that even though I have a professional oyster knife and steel mitt, by the time I get my oysters open, (this is a difficult feat—which often requires copious amounts of alcohol) I am too intoxicated and exhausted to enjoy them. So, I go to bed hungry and wake up with a hangover!

Here are some other popular beliefs:

Hopefully, we have dispelled some of the myths surrounding oysters, now it is time to delve into the different types of oysters there are and how to choose the best one to suit your taste. 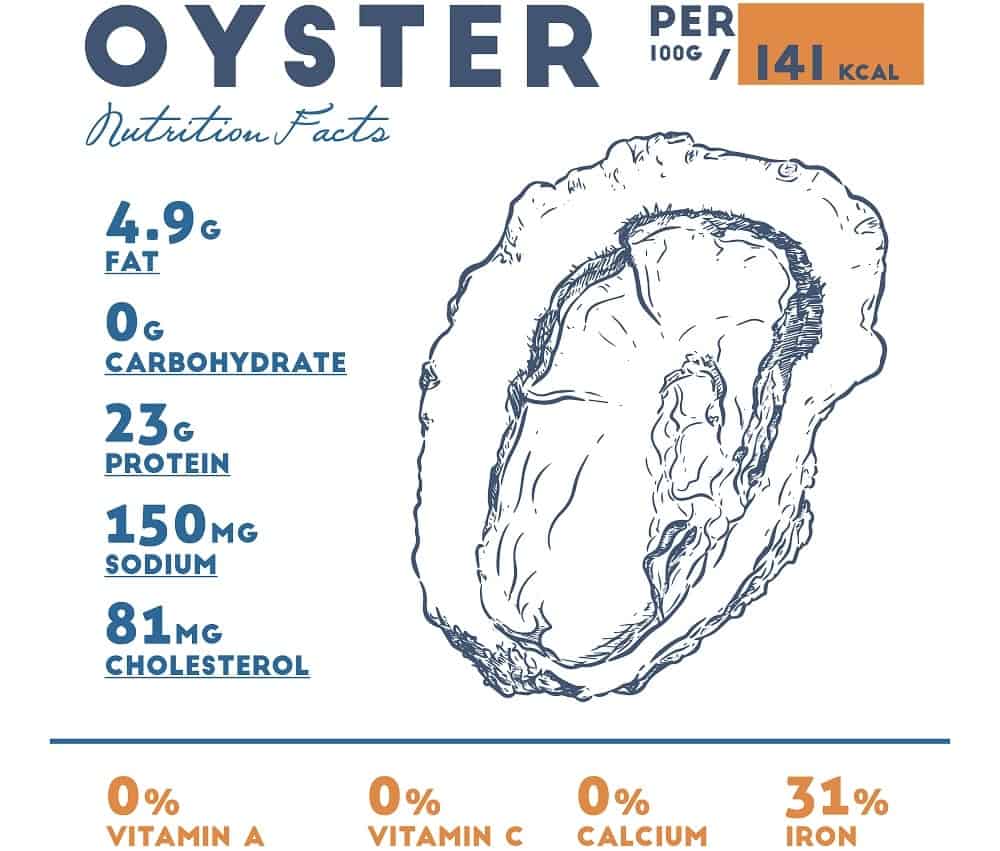 Where Do Most Oysters Come From?

According to an article from NPR in 2016, there is an oyster renaissance in the Southeastern U.S. Starting in Virginia all the way down to Florida.

Because of new aquaculture practices, there has been a recent boom in oyster production on the east coast. The area boasts over 6,000 miles of pristine shoreline, making it perfect for oyster production. About 2.5 billion oysters are eaten each year by U.S. citizens, and nearly 85% of them are farmed in hatcheries on the East Coast.

Many states claim to have the best oysters, we will leave that up to your personal taste, but many states, islands, and areas of the U.S. and Canada produce oysters. There are millions of oysters harvested on our shores. Some of the areas that produce the most oysters include Washington, California, Alabama, Maine, Virginia, Rhode Island, Texas, Louisiana, Florida, Washington, Oregon, and others.

If you thought the East and West coast wars ended with Tupac and Biggie Smalls, you are wrong. The East Coast/West Coast debate continues with oysters.

East Coast Oysters can be found from Newfoundland in northern Canada, down to Maine, Virginia, and Florida to Panama, northern Colombia to the Gulf of Mexico.

West Coast oysters can come from British Columbia down to Baja Mexico. But the most popular varieties come from the waterways of Oregon and Washington state. Most of these oysters originally came from Japan and many are now found in the British Isles and even part of the Mediterranean.

If you are new to oysters, they probably all seem the same to you, but oysters from the two coasts are quite different because of the water they’re grown and harvested in, and what they eat differ. For those that enjoy the tasty nuances that different oysters offer,

you will soon be able to discern right and left coast oysters from the shape of their shells and the juicy briny nuggets you find inside.

There are some big differences between East and West Coast oysters. Wine and oysters have a lot in common actually, they tend to take on the flavors from the area they are from. They vary in appearance as well, East Coast oysters have smooth shells and are shaped longer and typically narrower than their West Coast cousins.

East coast, Atlantic oysters, tend to have a firm texture and have a briny, savory flavor. They tend to be salty, briny, and chewy. They absorb the taste and texture based on the area they are from. Oysters filter water and live on plankton and plant life so they take on the flavors from the bays, oceans, and waterways where they are found.

East Coast oysters have many variables because of the drastic changes in the temperature of the water. The warmer the water, the faster they grow. An oyster in Virginia where the water is warmer can mature in just a year. Meanwhile, those from the cold waters of Nova Scotia often take up to four years until they are ready to be harvested.

Here are some common East Coast varieties of oysters and where they come from:

Let’s not forget about the delicious West Coast Oysters. Oysters from the left coast tend to be sweeter, round with deep cups and fluted shells. Oysters from the West Coast tend to have more consistent flavors because most are from Oregon and Washington states. They tend to be smaller with rich flavors, some even taste slightly cucumber and melon flavors in the flesh and liquor.

Here are some of the most popular West Coast oysters:

Unless you reside in an area where oysters are plentiful right out of the water, chances are you will need to purchase them from a traditional grocery store. It is nice to make friends with a local fishmonger who can lead you down the proper oyster purchasing path, but in lieu of that, learning what to look for and what to avoid when purchasing oysters is very important.

You can purchase oysters in a variety of ways, raw, frozen, canned, smoked, and with and without shells. The tough part is choosing fresh oysters.

First of all, the oysters available at retail have been out of their natural habitat for at least 2-3 weeks. Obviously, the least amount of time out of water is best, but they can naturally live at least a few weeks when kept at the right temperature.

Consider these tips when purchasing oysters: 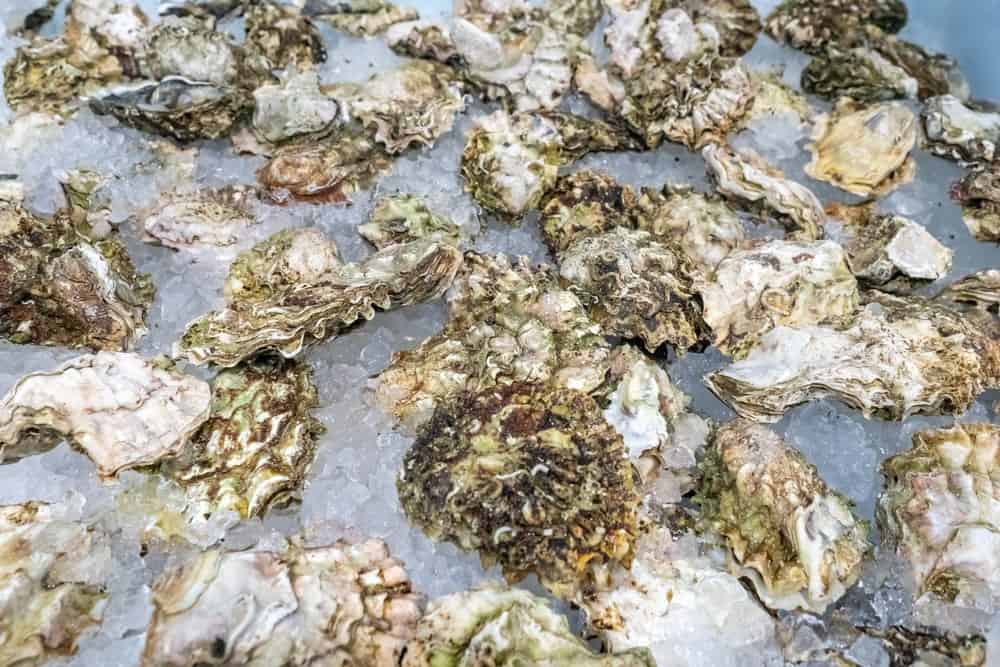 Chances are you will be so anxious to eat your oysters you won’t have to worry about storing them for too long, but you should know how to store them, if just for a few hours.

You can store your oysters for up four to five days safely. The sooner you eat them, the better they will be. Remember, oysters are alive when you get them home so you cannot store them in an airtight container. You can store them in a mesh or cheesecloth bag or in a container with the large side of the shell down. You should put a damp cloth over them and store them in the refrigerator no colder than 33 degrees.

If you decide to shuck your oysters right away up to two days in advance. You can freeze them once they have been shucked, but do not store them in their shells. They can be frozen up to three months. 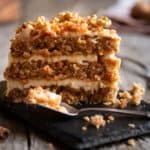