Have you ever watched a Popeye the Sailor cartoon?

Brave but lightweight Popeye is forever getting into fights with a bully with bulging muscles named Bluto. In every episode, Bluto nearly pulls off some dastardly deed and almost overcomes Popeye, until Popeye pulls out a can of spinach to give him superpowers. Popeye always wins the fight in the end, singing “I’m strong to the finish ’cause I eat my spinach, I’m Popeye the Sailor Man.”

It turns out that spinach has more going for muscle power in the real world than most people would ever expect.

Spinach can help you power through a workout.

Spinach is an excellent source of the good kind of dietary nitrates. Your body can use the nitrates in spinach to make nitric oxide, commonly known by its chemical formula, NO. Nitric oxide opens up your arteries so more blood can flow to your muscles when you work out hard. The extra blood flow helps you work harder and longer before you develop the “burn” from lactic acid production that comes when muscles have to generate energy without an adequate oxygen supply.

Spinach can give you healthier skin.

Spinach contains numerous chemical compounds that your body can turn into retinoids, the substances that stimulate the growth of healthy skin. Including spinach in your diet supports skin cell turnover so your natural skin tones come to the surface, and it also protects your skin for the effects of too much exposure to the sun.

Spinach can help you curb your food cravings.

There have been not just one or two but 29 published scientific research studies that confirm and explain spinach as an appetite suppressant. In one of those studies, researchers at Johns Hopkins University performed an experiment in which they gave participants a serving of concentrated spinach at every meal, breakfast, lunch, and dinner.

They found that spinach killed food cravings for about two hours and that it kept blood sugar levels from getting too low so the participants in the trial weren’t inclined to load up on cookies, cake, doughnuts, and sugary-sweet soft drinks. A follow-up study at Louisiana State University also found that spinach contains compounds called thylakoids that make your fat cells send a signal to your brain that you have had enough, you don’t want to eat right now.

Spinach is one of those relatively rare vegetables that has increased available vitamin content when you cook it. Chinese researchers found to their surprise that the most nutritious spinach dishes were made in the microwave.

But you don’t have to cook your spinach. It’s fine to eat spinach raw. Just eat more!

Now let’s take a look at 11 different kinds of spinach.

Curly-leaf spinach is the well-known spinach with the long, dark-green, crinkled, and curly leaves that is also known as Savoy spinach or by its botanical name Spinacia oleracea. This spinach has a crispy, crunchy texture (except at the end of its spring growing season, when it is about to go to seed) that used to make it very popular in salads. (There is a note about that below.) It has a distinctively “spinach-y” flavor that distinguishes it from milder vegetables like lettuce, but it doesn’t have the intensely bitter flavors of, say, radicchio.

Not everybody likes the bitter tastes in spinach. In fact, some people have genes that give them taste receptors that make them supertasters. If you are a supertaster, you probably don’t like spinach, broccoli, coffee, or chocolate, either. Spinach may not be the right vegetable for you.

But if you find the bitterness in the spinach just a little off-putting, follow the advice of Mary Poppins: “Just a spoonful of sugar helps the medicine go down.” Combining spinach with other vegetables with their own natural sweetness, like tomatoes, or adding a pinch of salt, helps to disguise the bitter flavor of curly-leaf spinach.

When you overcome the bitterness of this kind of spinach, you are free to enjoy its surprisingly meaty, umami flavors that make it a popular addition to soups, stews, casseroles, and lasagnas for vegans and omnivores alike. Savoy spinach still has shape and texture even after it has been baked in a casserole or stewed with long-cooking greens like kale. It never turns to mush. It pairs well with dried fruit, nuts, garlic, onions, beef, and poultry.

Curly-leaf spinach comes in four sub-varieties. We will take a look at each of these specialty spinaches separately.

Bloomsdale is the old-timey curly-leafed variety of spinach that would have appeared in a can of spinach when the first Popeye cartoons were made in 1929. It’s still a very popular variety of spinach because it has thick leaves that keep their texture during cooking. They are almost meaty. Bloomsdale spinach has a naturally nutty flavor that goes well with pasta and rice, and gardeners love it because it stands up to summer heat without going to seed better than most other varieties of spinach.

Curly-leaf spinach isn’t for every salad.

There is a reason you don’t see the various types of curly-leaf or Savoy spinach in commercial salad mixes. Scientists have discovered that the nooks and crannies in the leaves can host coronaviruses. These viruses cause stomach upset. They get on spinach when someone who has the virus doesn’t wash their hands before handling the spinach. All viruses eventually die when they are left on surfaces, but coronaviruses take longer to die on Savoy spinach than on other leafy green vegetables.

Scientists have not yet tested to find out whether coronaviruses also survive longer on Savoy spinach than on other green leafy vegetables. Cooking Savoy spinach kills any viruses on its leaves and makes it safe to eat. Just don’t use it in salads unless you dress the salad with vinegar and oil and allow it to stand for 15 minutes before serving. Vinegar, especially balsamic vinegar, will kill pathogenic bacteria, noroviruses, and coronaviruses.

Semi-Savoy is not-quite-as-curly spinach with the crispy crunch of Savoy (curly-leaf) spinach, but with fewer nooks and crannies to clean. Home gardeners and truck farmers in humid climates because fewer crinkles on leaves mean fewer places to catch mold spores and destructive bacteria, especially in warm, damp, still weather. Semi-Savoy varieties of spinach give these growers a greater crop.

LIke Savoy spinach, Semi-Savoy spinach comes in several varieties. Let’s take a look at them.

Catalina spinach is also known as baby leaf spinach. This variety has the crunch and crispness of other Savoy varieties, but with smaller, oval leaves and very few if any crinkles needing cleaning. It’s tasty in salads, and it’s safe in salads when it is thoroughly washed.

For home gardeners, the caveat with Catalina spinach is that it is very definitely a cool-weather plant. You wouldn’t even want to start it for a fall crop while the weather is still hot. It only takes 40 days to grow to maturity, but it bolts and goes to seed when temperatures go over about 75 degrees Fahrenheit.

Indian summer spinach produces unusually long leaves, up to a foot long. It reaches maturity in just 40 days. But it is fussy about watering and soil pH and pests, so it’s not a plant-it-and-leave-it selection for your salad garden.

Teton spinach is a fast-growing plant. It produces tasty, tender but crisp, dark green leaves that grow upright for easy harvesting and less dirt in the crop. Best of all for gardeners and growers, it lacs bolting. It won’t go to seed if you have unexpected hot spells in the spring or hot false-autumn days during the fall growing season. But this also means that you won’t be able to save seed from Teton spinach unless you grow it in continuously cool weather. If the weather gets too hot for too long, it won’t bolt and make seeds. It will just die.

The downside to smooth-leafed spinach is that it’s not as crispy and tasty in salads. But it holds up just fine in omelets and frittatas and casseroles and adds an umami flavor to soups and stews.

Space spinach isn’t grown in outer space. It’s grown in California. It has oval leaves on tender stems that hold them up and over wet ground, so the crop is cleaner at harvest time and less likely to pick up molds and bacteria that could spoil it on the way to the supermarket. It’s delicious as tender baby spinach, but this variety is also delicious when the leaves are allowed to grow to full size.

Did you know that spinach and beets are genetically very closely related? Red Cardinal spinach has red veins in its leaves and red stems, just like beets, although it has a distinctive spinach taste. Home gardeners love it because it produces a crop very, very quickly, in as little as three weeks under ideal growing conditions. It thrives on loamy soil with a high percentage of organic matter, regular watering, six hours of sun a day, and growing temperatures between 45 and 75 degrees Fahrenheit.

There are also vegetables that look like spinach, and taste like spinach, but aren’t spinach. These vegetables fill in the gap in the summer when it’s impossible to grow spinach outdoors so you can have tasty greens all year round.

If you garden in the southern United States, chances are that you have grown Malabar spinach. It’s a “summer spinach” that stands up to both desert conditions (with enough irrigation) and tropical heat and humidity. Malabar is actually a member of the Cloves family, originating in Southeast Asia. It can have either red or white stems that create long vines with edible, spinach-like leaves.

Malabar spinach is occasionally found in farmer’s markets but it isn’t something you would find in your supermarket. Sow Malabar spinach seeds in late spring after the soil is warm and there is no danger of frost for harvest 75 days later.

Mountain spinach is a heat-tolerant plant that takes the place of its cousins in the Spinach Family during the summer. It’s not really spinach, but it looks like spinach, and it tastes like a slightly saltier version of spinach. Mountain spinach comes in varieties that have green, white, or even pink leaves. It can be used to color pasta like spinach, and it’s a great balance to tart vegetables and fruits in salads.

New Zealand spinach is a plant that grows along the seashore in New Zealand.  It is also known as Botany Bay spinach, sea spinach, Cook’s cabbage, and kokihi.

New Zealand spinach is extremely salt-tolerant. Sprays of ocean water won’t kill. It’s not fussy about fertilizer. It grows in sand. But it needs good drainage so it’s best grown in pots on hangers to allow the long trailing vines of “spinach” leaves to grow to six or eight feet. New England spinach doubles as an ornamental plant. It sports blue flowers late in its growing season.

You can prepare and eat New Zealand spinach-like any other spinach, but if you have kidney stones and you are sensitive to oxalates, it is best to avoid it. 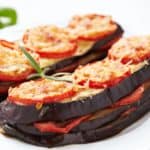