If you thought potatoes were the boring part of a meal, think again. Twice-baked potatoes can really put some zest into your big meals and might even be the show-stopper that everybody wants depending on the ingredients you decide to include. They are so versatile you can have different versions.

Baked potatoes have always been a favorite that go down well with any big meal. When they get combined with additional toppings and flavors, then the real delicious benefits become apparent, and it makes a big difference between this dish and a standard potato side serving. In fact, they might be so good, your family or guests might pass up the main course entirely.

Time to Prepare: 60 to 90 minutes, depending

BBQing and grilling typically involve meat. It’s when people start thinking about what else to cook that vegetables start to become really, really interesting. Potatoes as a side dish are often thought of at the very last second, but they can become a major part of the meal too when prepared with some detail and finesse.

The name “twice-baked” comes from the idea of originally cooking the potato first, and then baking it again with a lot of different stuffings included. People are used to having a hot potato with a meal, splitting it open, and then putting the toppings on after the fact, whether they are butter, sour cream, chives, or more.

However, there are other ways to add even more flavor and really turn the potato into a show-stopper of the meal. For the cook, these offer a bit of a break. By cooking the potato the first time a day or two before, the work gets done and out of the way with the regular cooking the day of. Instead, these potatoes come right out of the fridge, go into banking just before eating, and then they get served.

Doing so also gets rid of a lot of extra dishes that pile up right after the big even with prepping the same day as well. Instead, the ready potatoes just get heated up a few minutes before everyone is ready to eat.

Twice-baked potatoes are also really easy to modify and change up for personal preferences. You can literally make 10 or 15 different potato dishes using the same method, although your family might catch on after a while.

Some of the more creative cooks out there start playing around with other vegetables being included, like various onions, pepper, mushrooms, garlic, spices, different types of sausages and bacon, and even seafood. And, of course, the basic potato still works well for the fussy kid who won’t eat anything else.

An additional benefit is that extra potatoes store well as leftovers that will get eaten. Let’s say you made 8 potatoes but only 6 people ended up eating. No problem. Just store the remainder in the fridge and have them the next day reheated again. It’s like an extra lunch that can be cooked up quickly in a microwave.

Step One: Preparation and First Bake

Start by preheating your conventional oven to at least 425 degrees Fahrenheit. While warming, take the potatoes from the store bag and wash them under a faucet. Scrub lightly so any dirt is removed. Then poke the potato with a fork to allow it to release steam when cooking. When the oven is ready, put the potatoes in on a baking pan, and cook them for 60 to 90 minutes until ready.

Always make sure to check that the oven door is down. You don’t want it to pop back up when you’re pulling the pan out and then you get burned. Remove the potatoes and allow them to cool for up to 20 minutes or so. They should be easy to handle with bare hands.

With the first-baked potato ready, open up a slit in the side and scoop out the innards into a bowl. Leave enough so that the shell keep form. You will use this part of the potato to create a bucket where all your additions get put in for added flavor and food. Each shell, when ready, gets placed on a new pan that is lightly greased. A couple of extra potatoes is a good idea in case something goes wrong with one of them in the process.

With the innards of the potatoes in a bowl, mash them up so that there is a slight bit of chunk left but not a smooth mash completely. Mix in the cheese, add sour cream, butter, and any spices or garlic if desired. This material when ready then gets scooped up again and put back into the potato shells you have ready on a second baking pan.

When the potato shells filled up, throw on the last topping which will typically be meats, onion bits, vegetables chopped up, or even mushrooms. Whatever your taste, these ingredients go on last.

Set the oven for 375 degrees Fahrenheit if the batch is going to be served right away. Cook it for about 20 to 25 minutes total. Keep an eye on them as the cheese will cook faster and if it gets bubbly then it’s time to take the potatoes out before the cheese burns. If, on the other hand, you’re serving them later, cook for about 30 to 35 minutes. Let them cool, and then store in the refrigerator in foil. They will last good for two days maximum. 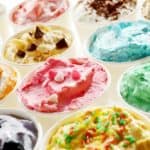 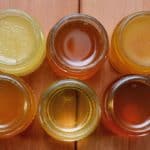