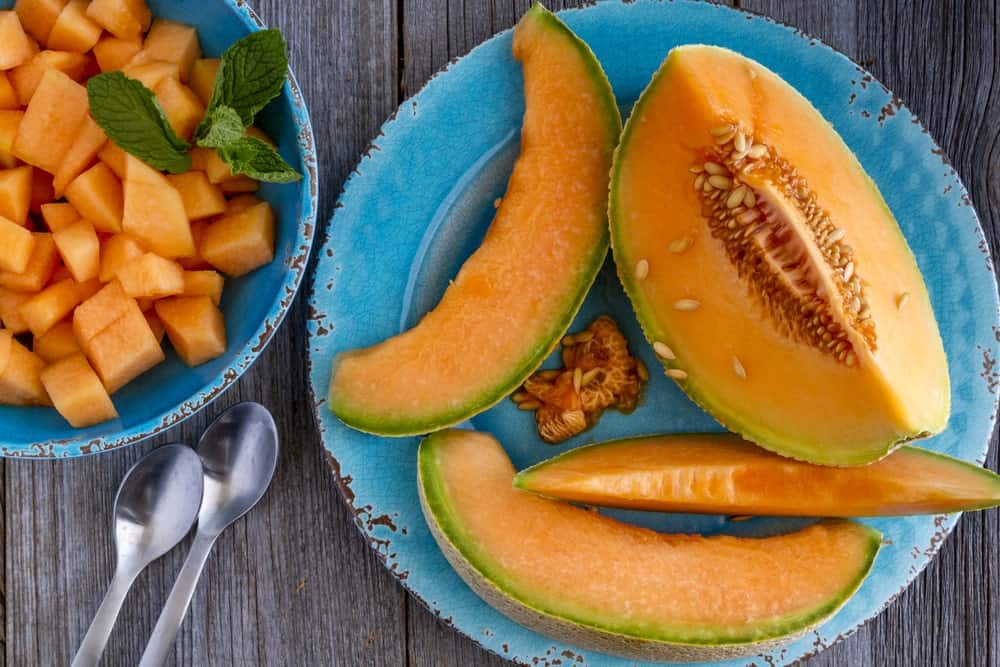 Oh, that sensation, when you bite into a piece of that succulent, sweet cantaloupe you just bought at the farmer’s market. They don’t often sell them like that at the grocery stores. They pop with subtle nuances of flavor.

Cantaloupes are one of the choicest fruits out there. They are a great source of vitamins and minerals. They are quite versatile, too. You can eat a melon by itself with some salt. You can add some other fruit to it and make a fruit salad for the family.

Smoothies and sorbets are always a way to go. There are also two ways to use melons that you may not have thought of. Lots of people make cold soups with melon, and now it’s the ‘in’ thing to grill melon slices over a fire. It brings out the natural sugars.

Maybe you don’t know that much about cantaloupes and melons, but you’re definitely curious about what choices there are out there. Well, grab a cup of coffee, because we’re getting ready to help you explore cantaloupe and melon options.

Melons are kin to cucumbers and squashes, as members of the Cucurbitaceae family. This includes watermelons (Citrillus lanatus). However, today we are only concerned with the other members of the family, muskmelons (Cucumus melo): all the melons in these three melon families (cantalupensis, reticulatus, and inodorus).

Would you like to know how to shop for the right melon? Well, let me tell you. You use the senses that you were given.

Like tomatoes, muskmelon’s flavors are diminished by refrigeration. Keep them out until you cut them. 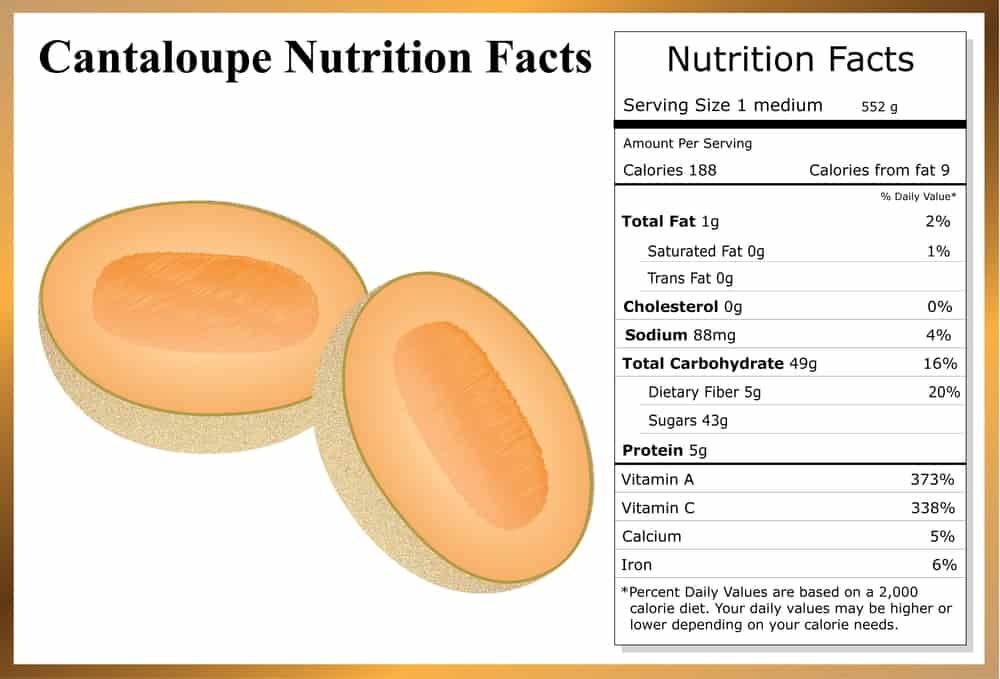 Cantaloupes vs Muskmelons: Same or Different?

Other muskmelons, like honeydew melons, casaba melons, and canary melons share many traits of cantaloupes, but cantaloupes, they are not.

Cantaloupes: their sizes, textures, and tastes vary, as do the colors of their fleshes and the textures of their shells. They are classified and divided by origin first. 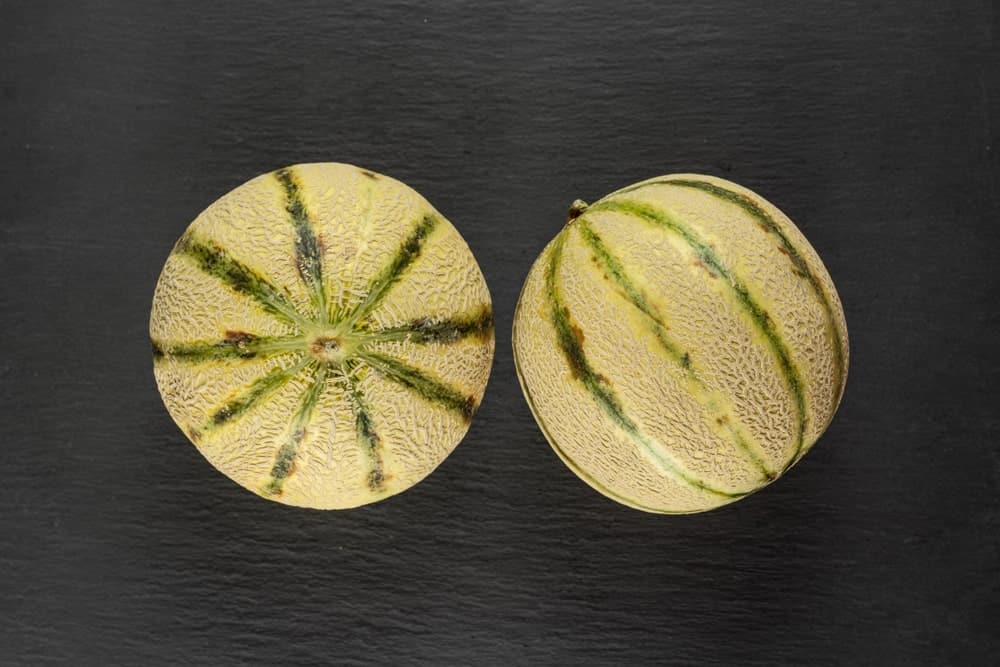 Known as the ‘true cantaloupe’, European cantaloupes (Cucumis melo cantalupensis) possess tough gray-green rinds. These rinds are usually not netted at all, but if they are, it is ever so slightly. Their outer colors are light with green stripes with no patterns, just stripes. Their flavors are musky and sweet, as are their smells.

The belief is that these cantaloupes came into Europe, into Italy, from Africa or Asia. They were named cantaloupes because after they arrived from their sources, they were harvested in Cantalupo, Italy.

Why, pray tell, are the only true cantaloupes European cantaloupes? Well, we’ll get to that. 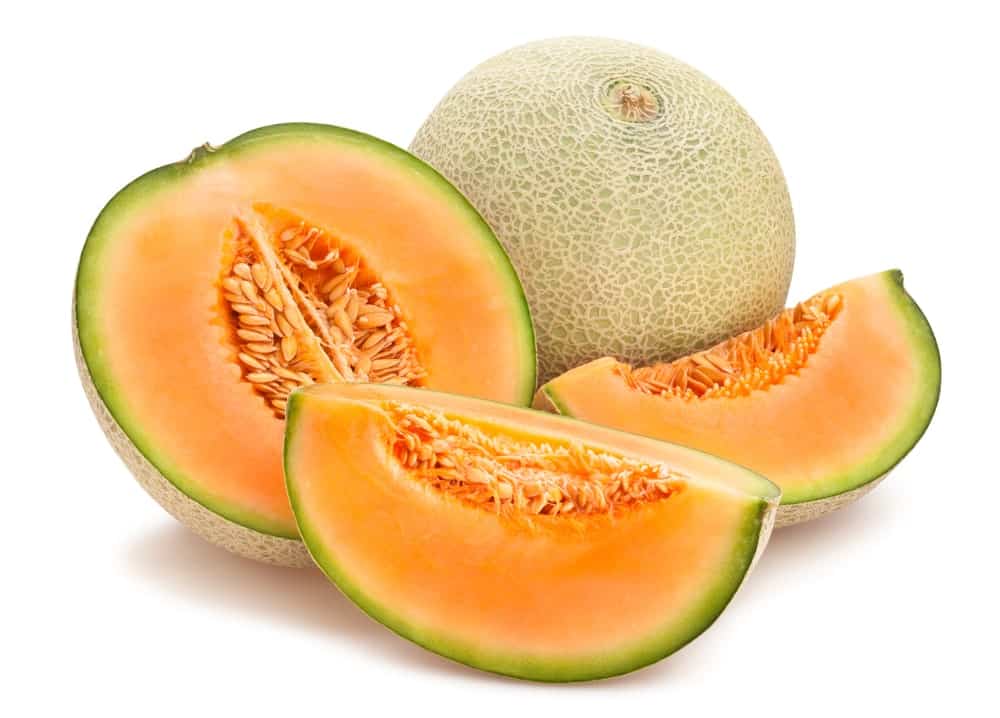 The North American cantaloupe is different from a ‘true cantaloupe’ because of its rough, netted skin, covering a pale yellow shell. While the odors and flavors are similar, the rind is not as hard as that of a true cantaloupe.

As the North American cantaloupe ripens, the raised netting pronounces itself more noticeably and the rind turns from a greenish to tannish shade. The flesh becomes juicy, orange, and fragrant. 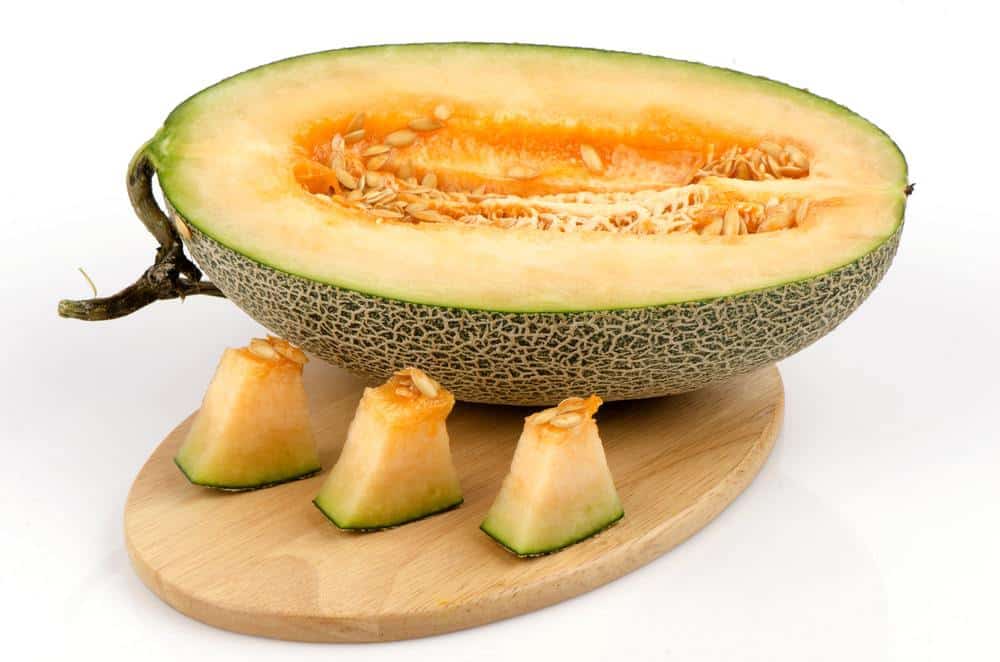 Many believe that true cantaloupes originated in Asia (also Cucumis melo reticulatus) and that they were only then taken to Europe and named after a town in Italy. If this is true, then, Persian melon or Hami melon would somehow be where our cantaloupe came from. 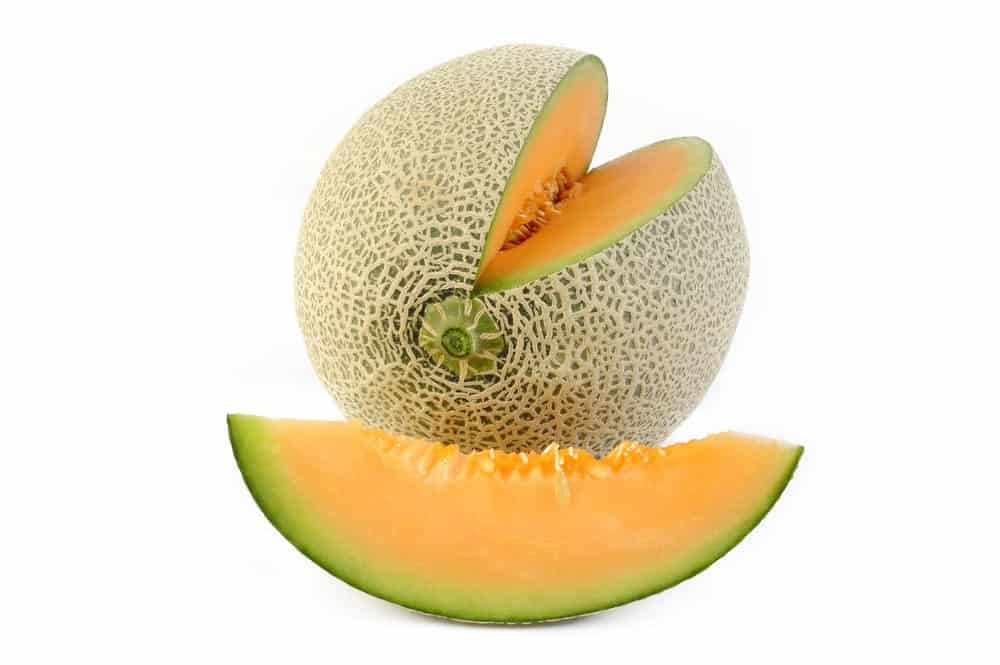 The Japanese cantaloupe (Cucumis melo ‘Yubari King’) is many times called the crown melon and is famous for its size. The Yubari King melon, as it is known locally, is very expensive. It’s a status symbol for those who can afford the luxury. The Japanese gift culture is extensive. Fruits there are considered luxury items, with melons being the most expensive. Yubari melons are a popular choice among affluent gift-givers.

The Yubari King cantaloupe got its name because it is only grown in one place in the world. It is only cultivated in Yubari, Japan. Each Yubari melon is nurtured with the utmost care. The process is highly labor-intensive. Stems are pruned to precisely the same lengths. The seeds are pollinated manually, and the fruits are massaged by hand.

The Yubari King doesn’t bring in the cash just because of the taste either. These melons are beautiful to look at, perfectly round, and aesthetically packaged. One Yubari King melon often goes for $200. 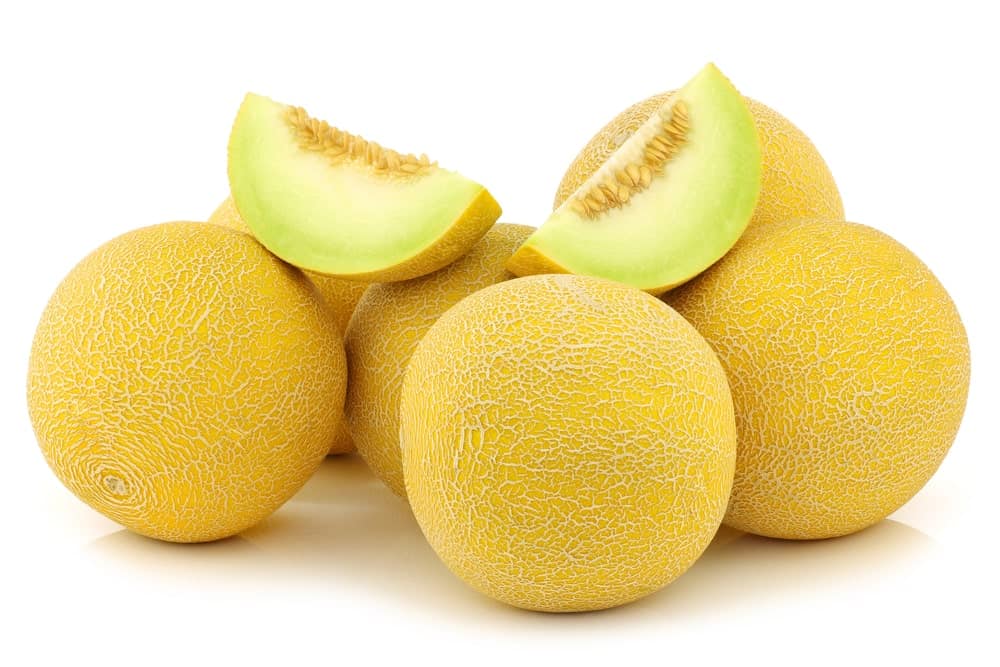 Originating in Israel, the Galia cantaloupe (Cucumis melo var. reticulatus) is a favorite in Southeast Asia. Locally known as Sarda, like the North American cantaloupe, many people say it is only a melon, not a cantaloupe. The Galia cantaloupe has a sweet flesh that is green or pale yellow.

A Galia melon is a hybrid of a cantaloupe and a melon. People say it looks like a cantaloupe until you cut into it and find a honeydew melon. These melons are smaller than their European and North American counterparts. They are quite juicy, and they are full of vitamins, minerals, and bioflavonoids. They boast no fats and low calories, so they are an after-dinner hit in South Asia. 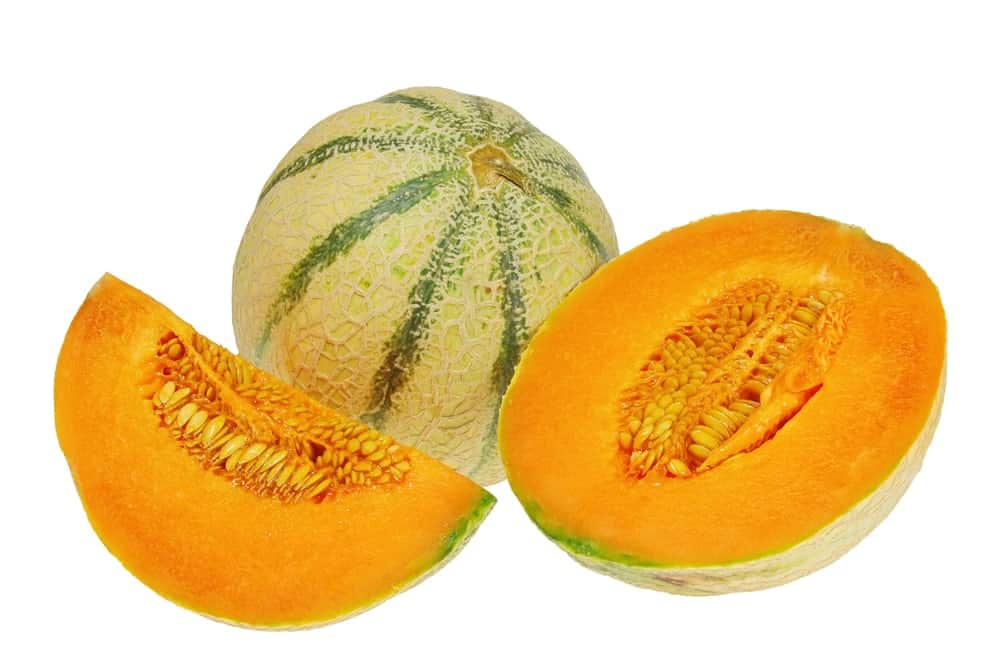 Charentais cantaloupes (Cucumis melo cantalupensis) are often referred to as French cantaloupes. While they originated in the Poitou-Charentes region of Western France, though, much of today’s production is done in North Africa. These cantaloupes are available in the summer months and are prized for their health content, being rich in good beta-carotene, folic acid, and dietary fiber.

The Charentais melon is thought of as one of the best variations of cantaloupes ever to be grown. Considered superior to all other melons in arenas of flavor, aroma, and texture, the average Charentais melon weighs only about 2 lbs, which is smaller than most melons and hardly grapefruit-size.

The outside of this melon is smooth, sporting a stony creamy-gray color under faint green ribs. The flesh is dense, a bright orange-salmon color. It is quite flavorful and fragrant, and it has high sugar content.

The line between melons and cantaloupes is a thin one, and like the line between love and hate, it’s getting thinner all the time. The term “cantaloupe” is now used to mean any melon but a watermelon. Scientists and botanists cross-breed different melons to try and produce melons with higher quality. These crossbred melons are called hybrids. Hybrids are the result of crossing the most superior melons of two different types of melons so that you hopefully result in a product with the best of both melons.

Today’s hybrids have less space taken up by seeds, so there is more room for that juicy, scrumptious flesh. They are more disease-resistant. They have a longer shelf-life. Best of all, though, they boast better textures and stronger flavors.

Let’s look at some of these amazing hybrids. 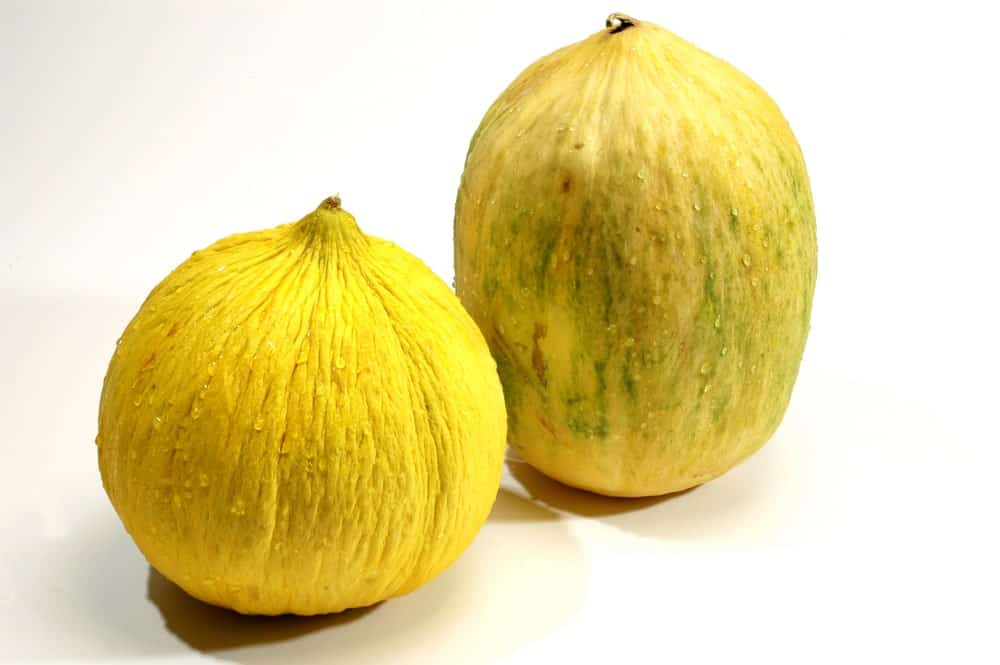 These melons are approximately 8-10 lbs each, which is large for a melon. The color of the rind is a buttercup yellow. It has a waxy feel and textural striations, which run from end to end. Crenshaw melons have a peachy flesh, like that of a cantaloupe.

As a matter of fact, Crenshaw melons are known to be one of the sweetest melons there is, and that is why they are called the ‘Cadillac of Melons’. Full of vitamin A, vitamin B6, and vitamin C, it is a good choice as well as a selfish one. 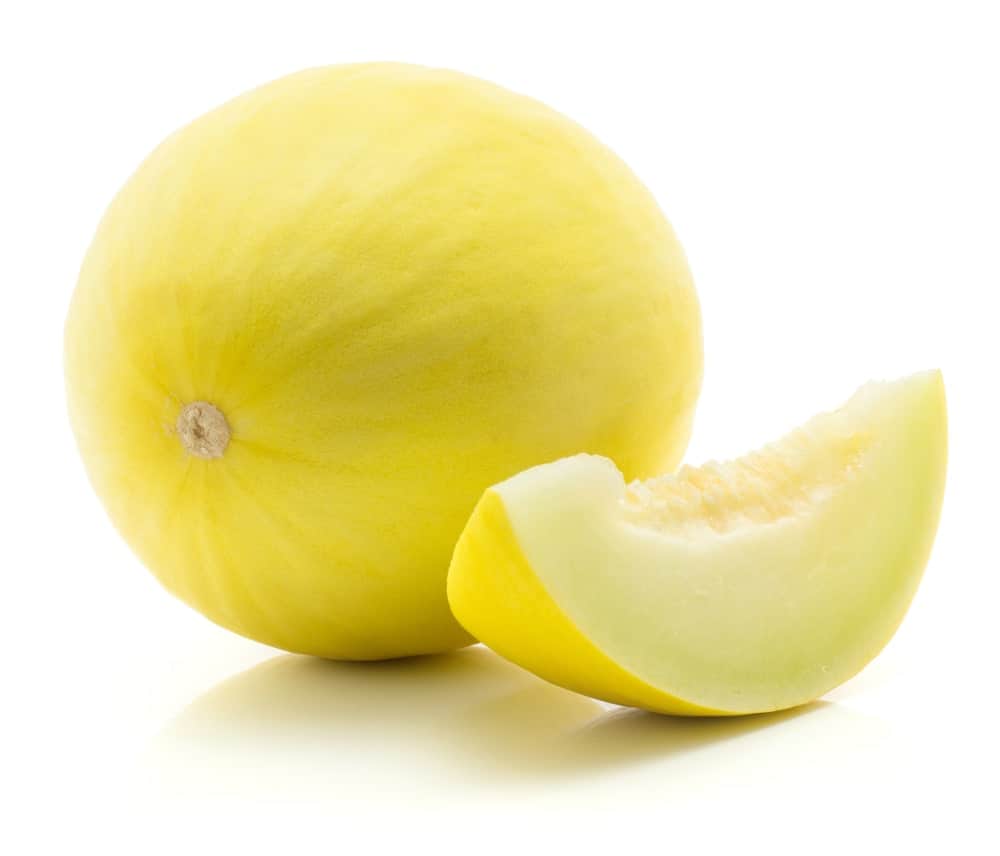 The Honeydew melon is what we call the White Antibes cultivars in Algeria and France. They have been growing there for many years. The semi-arid conditions are a prime setting for cultivating Honeydew melons. Honeydew melons and cantaloupes are the same species, Cucumis melo; however, they are different types of fruit.

Honeydew is a melon with a sweet flesh like cantaloupe and a smooth rind without the netting. Honeydews are the most popular melons there are.

These melons sport a cross between a white and yellow waxy shell. It has green striations, which are subtle, while the flesh inside is light green and sweet. Honeydew melons are from the inodorous group of melons.

This simply means it has no smell that is distinguishable. Honeydew melons have essentially the same nutritional value as cantaloupes. They are made up of 90% water, telling us they are great for rehydration. They are also a super source of vitamin C. 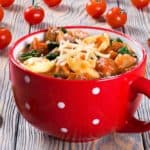 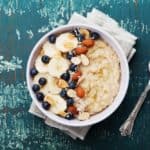