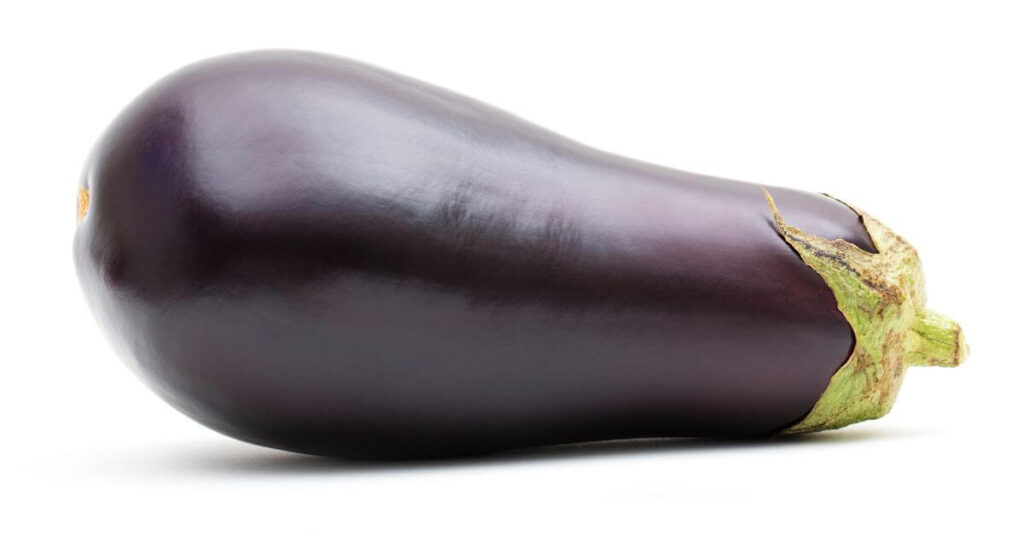 This poor fruit (though known as a veggie) gained notoriety as a funny emoji, but it’s actually really delicious and good for you. Cooking eggplant remains a mystery for so many people, but it doesn’t have to be! Keep reading and learn how to make eggplant taste good. Once you discover a few of these secrets, it will become one of your favorite savory fruits.

Eggplant is one of the most overlooked types of food. It’s easy enough to grow, and you’ll find lots of it at farmer’s markets, but cooking it is a skill most people don’t understand. The hard thing about eggplant is that if you cook it wrong, it could come out either mushy or dry and resemble rubber.

It doesn’t have to be one of those veggies that you avoid! In fact, if you cook it correctly, eggplant can taste as delicious as summer squash or zucchini. It has natural sugars that give it sweeter notes than zucchini. It also absorbs any flavor you cook it with, so it’s a wonderful way to increase your recipes’ nutrition without changing them.

Today, I’ll be sharing a bunch more info on the eggplant, as well as some cooking hacks you can try at home to make eggplant taste good!

Most people think eggplant is a vegetable, but it is technically a fruit because it grows from flowering plants and contains seeds. Think of it as much of a fruit as tomatoes and cucumbers!

Their names are the funniest thing about them – these long purple gourds don’t look at all like eggs. They are called eggplants because, in the 1700s, early European eggplant varieties had the same color, size, and shape as goose or chicken eggs.

Today, this meaty fruit comes in a bunch of different varieties (and I’ll explain the differences between them below). The most common kind found here in the United States is called a globe eggplant or American eggplant. They are deep purple and grow to be between 6-10 inches long.

Beyond the typical globe eggplants that you see in grocery stores, there are quite a few different varieties. They come in all sorts of shapes and sizes. Check out some of the most popular eggplant varieties below:

How to make eggplant taste good

Stop avoiding or being intimated by this purple fruit. Eggplant can be super tasty; you just have to find the right recipe and know a few tricks! Follow these tips, and you’ll grow to enjoy eggplant as one of your favorite healthy foods.

Choose a good one

Before you even cook it, you must make sure you bring home the tastiest eggplant possible. The flavor won’t be quite right if it is too ripe or not ripe enough.

Squeeze the eggplant – this is the best way to tell if it is good or not. It should feel slightly firm but not too hard. If you push on it with your fingers and it is too soft, don’t buy it.

Another way to make eggplant taste good is to bread and air fry it. Slice the eggplant into round pieces of the same size and coat them in Panko breadcrumbs, Italian spices, and parmesan cheese.

Air fry them for about 20 minutes at 370F. They should come out crispy on the outside and soft on the inside, just like breaded zucchini fries.

Roasted eggplant will come out slightly charred with a sweet flesh. Slice the eggplant in half, so you have two eggplant steaks. Then add salt and let it sit for half an hour.

After 30 minutes, rinse and dry the eggplant steaks and add your favorite Italian spices on top. Brush it with some olive oil and roast in the oven for about 20 minutes at 400F. Then, flip them over and roast for another 20 minutes.

Sauteeing eggplant on the stove makes the natural sugars caramelize, giving it a crispy exterior that is both smoky and sweet.

To make the eggplant taste best when you saute it, slice it thinly and then use a paper towel to pat each slice dry. Next, sprinkle both sides of all slices with garlic powder, sea salt, and black pepper.

Drizzle about two tablespoons of olive oil into the bottom of your frying pan or skillet (be careful not to use too much). Then, saute the eggplant in the skillet for about 3 minutes on each side.

Cover it in oyster sauce

Whenever you cook eggplant, use oyster sauce! It has a strong umami flavor that fits well with the sweet notes in this purple fruit. Plus, it is a very thick sauce that caramelizes gorgeously on the eggplant as it cooks.

Stuff it with cheese

After you bake it, drizzle it with some marinara sauce!

To braise something means to fry it a bit and then simmer it in a savory sauce with the lid on the skillet or saucepan. Braising involves both dry heat (frying it first) and wet heat (adding a lid on top to lock in the steam).

To braise and eggplant, you slice it into thin pieces and saute them in the skillet. Then, place the fried eggplant into a saucepan with tomato sauce, lower the heat, cover with a lid, and let it cook for about 20 minutes.

Soak it in milk

This is one of those best-kept secrets in cooking… When you soak cubed eggplant in milk, it is creamier and less bitter when it cooks. To do this, cube your eggplant, then place the eggplant cubes in a bowl and barely cover it with some whole milk. Let it set in the milk for about 30 minutes.

Scoop out the seeds

Another way to help your eggplant taste less bitter when you cook it is to scoop out and throw away the seeds. Cut the eggplant in half, then use a melon baller or spoon to remove the seeds before you slice or cube it. Most of the bitter flavors are kept in the seeds. The flesh is actually quite mild (and a bit sweet too).

Grilling eggplant is a popular way to prepare it because it gives it a smokier flavor, and the texture is usually really easy to perfect.

Just slice the eggplant into round pieces or thick strips. Season the eggplant pieces with some salt, pepper, and your favorite spices. Then, grill them just like you would squash or zucchini.

Use the right seasonings

A handful of herbs and spices pair the best with eggplant.

Whenever you cook eggplant, use either ginger, garlic, lemon juice, salt, pepper, oregano, Italian herbs, paprika, or a combination of them. These spices have the perfect balance of earthy flavors and sweet notes to enhance the natural nuttiness in the eggplant.

Half the battle of making eggplant taste good is using enough herbs. Don’t skimp on them – be generous!

Draw out the moisture

One of the best cooking tricks that people love to use to master the ideal texture of eggplant is to season with salt before cooking it. This draws out the moisture, which prevents the eggplant from becoming too mushy as it cooks.

To do this properly, add quite a bit of salt to your eggplant slices – on all sides. Let it set for about thirty minutes. Then, use a paper towel to blot the slices and remove the remaining moisture from them.

Drizzle or brush with small amounts of oil

It’s very easy to use too much oil or not enough oil when you cook eggplant; either choice could make it either mushy or rubbery.

If you use too much oil on your eggplant, the fruit will soak up the oil like a sponge, and it will soften too much as it cooks. This is unappetizing. On the other hand, if you don’t use enough oil, the eggplant will be too dry and have the consistency of a car tire.

So, use a silicone pastry brush to apply olive oil directly to your eggplant slices to achieve the perfect balance of oil.

Now that you know more about how to make eggplant taste better, here are some questions people often ask about this purple vegetable.

How long does fresh eggplant last?

Can you freeze fresh eggplant?

Yes, you can freeze fresh eggplant. First, slice the eggplant into 1-inch round pieces. Then, place these round slices on a parchment-lined baking sheet.

Bake the eggplant for about 15 minutes at 350F. Then, let them cool completely. Place the slices in a freezer-safe food storage bag and separate them with wax paper (so they don’t freeze together). Label with the date and keep them in the freezer for up to six months.

Do you need to peel eggplant?

Eggplant peel is safe and non-toxic to eat, but it isn’t the best-tasting thing in the world. Most people prefer to peel it before they cook with it.

How do you prepare eggplant before cooking?

There are a few things you need to do to eggplant before you cook them. First, trim the top and bottom and throw these parts away. Next, peel the eggplant. Then, slice it into the shape you need, based on the recipe you will be using. Some people salt eggplant before cooking it. Others prefer to soak it first.

What is the healthiest way to cook eggplant?

By far the healthiest way to cook eggplant is to add just a small amount of salt and pepper and some fresh herbs and then bake or roast the sliced eggplant in the oven. Some people think eating raw veggies is the healthiest way, but you can still enjoy baked or roasted eggplant and get the same vitamins and minerals.

Why do you soak eggplant before cooking it?

Some people prefer to soak cubed eggplant in some milk before they cook it because it makes it creamier and cuts down on some of the bitterness. The eggplant flesh acts like a sponge, soaking up the milk.

If you enjoyed learning how to make eggplant taste better, here are some more helpful kitchen resources you might enjoy next. 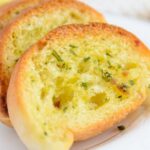 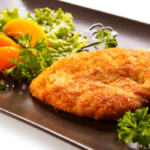