The citrus family is not just about sweet oranges, lemons, and limes. Get to know the other varieties with this mindblowing list of the types of citrus fruits and the best ways to enjoy them.

Citrus refers to the fruit-bearing shrubs and trees in the family of Rutaceae plants. The genus includes famous fruits such as oranges, limes, lemons, and grapefruits to name a few. Most of the varieties are native to Southeast Asia although many genetically modified species have been created elsewhere.

Be it popsicles, frozen fruit treats, refreshing drinks or as an ingredient in cooking various dishes, citrus fruits are widely consumed all over the world. Known for their sweet and tangy flavor profile coupled with the health benefits that they offer, citrus fruits are a true gift from nature.

Learn more about the different types of these luscious fruits in the comprehensive article below. 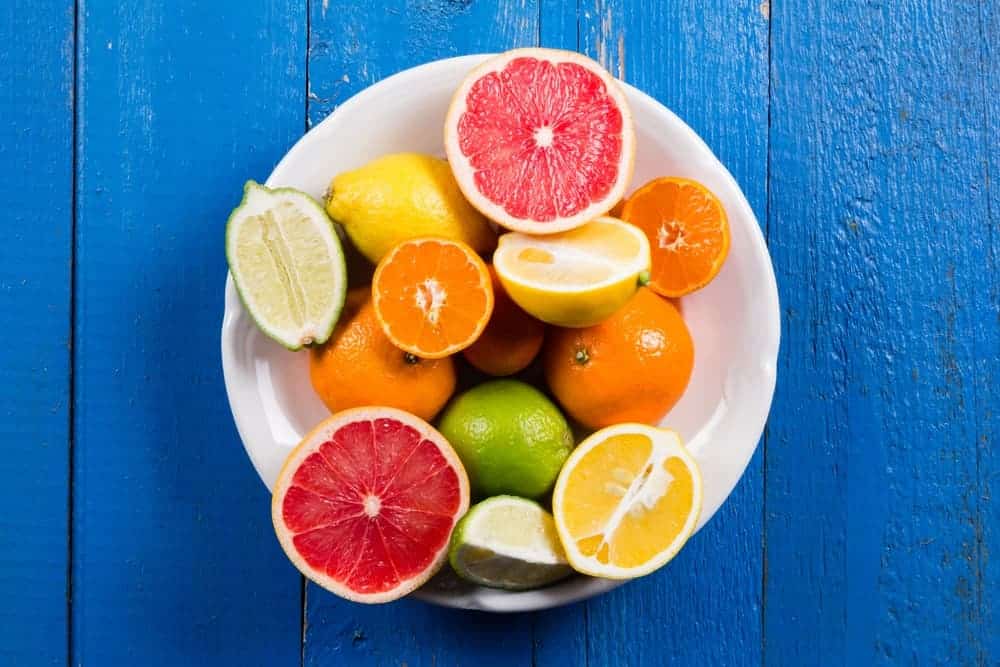 Citrus fruits are not just packed with a tangy and zesty flavor but they are also full of vitamins and other vital nutrients that are beneficial for your health. The following are the top reasons why citrus fruit must be incorporated into your diet.

Besides being packed with nutrients citrus fruits are extremely low in calories. So, if you are on a weight loss mission or crave fillers quite frequently, then eating citrus fruits is the ultimate way to satisfy your appetite.

Citrus fruits have been cultivated since ancient times and till date, markets are brimming with various varieties of bright and luscious oranges, lemons and other zesty fruits. However, originally there were only three main types of citrus fruits – mandarins, citron, and pomelo. All the other varieties like lemons, limes, grapefruits and more are derived from these main species.

Mandarine, mandarin orange or simply mandarin for short, is one of the true varieties of citrus fruits. This species is native to China where it is held in high reverence for various reasons. The locals believe that the fruit represents hope and brings about good fortune which is why it is a common practice amongst Chinese to gift mandarins to friends and family members during the New Year’s celebrations. Moreover, the dried peel of mandarin is used in Chinese medicine to treat several health issues. Mandarins measure 4 to 8 cm in diameter and have a slightly flattened spherical shape. They mostly taste sweet with just a hint of sourness.

One of the true (non-hybridized) varieties of citrus fruits, the citron is a large yellow-colored fragrant fruit that is widely used in Asian cuisines. Plus, it also has medicinal value and is presented as a religious offering in many countries.

Pomelo which is sometimes also called jabong or shaddock is the largest fruit in the citrus family. The fruit typically measures about 6 to 10 inches in diameter and weighs around 1 to 2 kg a piece. Pomelo contains pinkish-white flesh that can be sweet, sour or a combination of both.

The above ancestral varieties taste absolutely delicious but the limiting factor was that these plants thrive in certain climatic and hence, could not be grown everywhere. This eventually led scientists to create hybrids that are hardier so that people all over the world can enjoy fresh and juicy citrus fruits straight from the orchards.

Read on to find out the most popular types of hybridized citrus fruits.

A hybrid between mandarin and pomelo, oranges are renowned for their characteristic orange color, sweet taste, and strong citrusy smell. They are also called ‘sweet oranges’ to distinguish them from the bitter oranges (Citrus Aurantium). Oranges are believed to have originated in ancient China as early as 300 BC.  With a production of over 80 million tons each year, oranges are amongst the most widely cultivated fruit tree in the world. This fruit is eaten fresh as well as used for making desserts. Orange peel is also often processed for use in the perfume industry.

A further cross between different hybrids of mandarin orange, tangerines were named after the place where they originated i.e. Tangier, Morocco.  Compared to regular oranges, tangerines are smaller in size and less rounded in shape but they have sweeter flesh as well as a sweeter rind. Tangerine peels coated in chocolate are, therefore, a common delicacy in various restaurants and dessert bars.  This plant produces juicy orange-colored fruits during spring and summer and is suitable for cultivating in zones 9 and 10 as it requires complete exposure to the sun.

Be it for culinary uses, medicinal purposes, as a cleaning agent or more, lemon is a truly versatile citrus fruit has a huge value in various industries. Lemon juice and lemon peel are used in the food industry all over the world for preparing refreshing juices and tasty desserts. On the other hand, the cosmetic industry uses the same for preparing different beauty products including essential oils and other fragrances. Lemons have myriad health benefits some of which include prevention against stroke, cancer, and asthma.

Also called makrut lime or Mauritius papeda, the Kaffir lime is a type of citrus fruit that originates from tropical Southern China. Be it the fruit or the leaves, kaffir lime is a prominent ingredient in several dishes in Southeast Asia. Its leaves are heavily used in Thai, Indonesian and Vietnamese cuisines while the fruit is often juiced to for preparing vitalizing drinks, oils for aromatherapy as well as shampoos for treating head lice and other skin problems.

The Key Lime is also known as the West Indian Lime, Mexican Lime or Bartender’s Lime. Originating from Southeast Asia, this fruit is a cross between the citrus micrantha and the citrus medica. It is quite seedy and has a thin rind coupled with a strongly acidic taste and smell. The Key Lime’s fruit is small in size (1 to 2 inch in diameter) and is treasured for its distinct flavor compared to other types of limes. The Key Lime Pie is a popular American dessert that is specially prepared using this variety of citrus fruits. Learn how to grow your own Key Limes here.

Kumquat is a Chinese name that literally means golden orange. It is a cold-hardy fruit in the citrus family that looks pretty much the same as an average orange except that it is a lot smaller in size – about the size of an olive! Most kumquats are round but some also come in an oval shape.

Clementines are a type of tangor i.e. a hybrid between a sweet orange and a mandarin orange. The peel of this citrus is of a dark orange shade and is quite smooth and shiny in appearance. Clementines are mostly eaten as it is because they are easy to peel, really juicy and have a more sugary taste than oranges. This species was created during the 19th Century in Algeria.

As is evident by the name, the blood orange is a type of orange that belongs to the citrus sinensis family. Although the bright orange colored skin of this fruit is no different than that of a typical orange, the flesh contained within is of deep blood-red color. This is due to the presence of antioxidants called anthocyanins that are found only in this type of citrus fruit. This flavonoid (plant compound) makes the blood oranges useful for treating urinary tract infections. The distinctive crimson hue sets this species apart from all other citruses and makes it ideal for decorating exotic desserts and juices. Blood oranges taste somewhat like sour raspberries.

Produced from an accidental cross between a pomelo and sweet orange, the grapefruit was first introduced in Barbados during the mid 18th Century. Initially called the ‘Forbidden Fruit’, this citrus was renamed to grapefruit because it grows closely in bunches that look like rather giant grapes. Based on the cultivars from which it is harvested, the flesh of grapefruits can be creamy white, pink or even red in color. This fruit has sour to semi-sweet and sometimes even bitter taste and is usually grown for extracting the juice.

Native to China, the Meyer Lemon is the result of a mix between citron and mandarin. It was named Meyer after the agricultural explorer who introduced the variety in the US. The tree of Meyer Lemon can reach up to 10 feet and features purplish-white fragrant flowers that mature into intense yellow fruits. These changing hues form a remarkable display against the leathery dark green leaves all around the year. Hence, Meyer Lemons are often grown in home gardens for ornamental purposes. The sweet and juicy fruit is just an added bonus.

A citrus fruit produced from crossing different hybrids of the citrus reticulata variety, tangelo (sometimes called honeybells) is a round orange fruit with a protruding head. The word tangelo is derived from tangerine and pomelo because the fruit has properties of both. Tangelos have a sweet and tangy flesh with a subtle hint of bitterness and are often used as a substitute for regular oranges.

A mix between a lemon and key lime, the Persian Lime is a popular lime species. This citrus fruit is completely seedless and has a relatively longer shelf life than other varieties. This makes it a great fit for commercial purposes. Persian limes are less acidic than their counterparts and are a defining ingredient in many Persian dishes.

Native to South Asia, sweet lime is a lemon cultivar that was produced by selective breeding. It’s known for its mildly sweet flesh and low acidic flavor. Sweet limes are excessively used in countries like Pakistan and India for making lemonades.

Yuzu is a lesser known type of citrus fruit that is hardly grown for eating directly. Instead, it is squeezed to collect juice which is then used for preparing the famous ponzu sauce or other food items such as the yuzu vinegar or yuzu tea.

Don’t be deceived by the name or the appearance – it may be ugly but this fruit does not fall short of flavor. This fruit originated from the Jamaican islands and has a wrinkled skin surrounding a pulpy flesh inside. 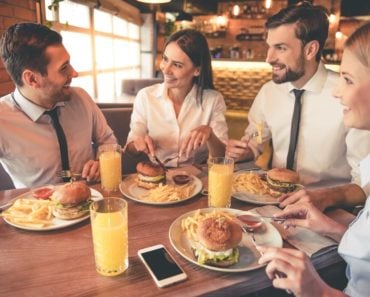