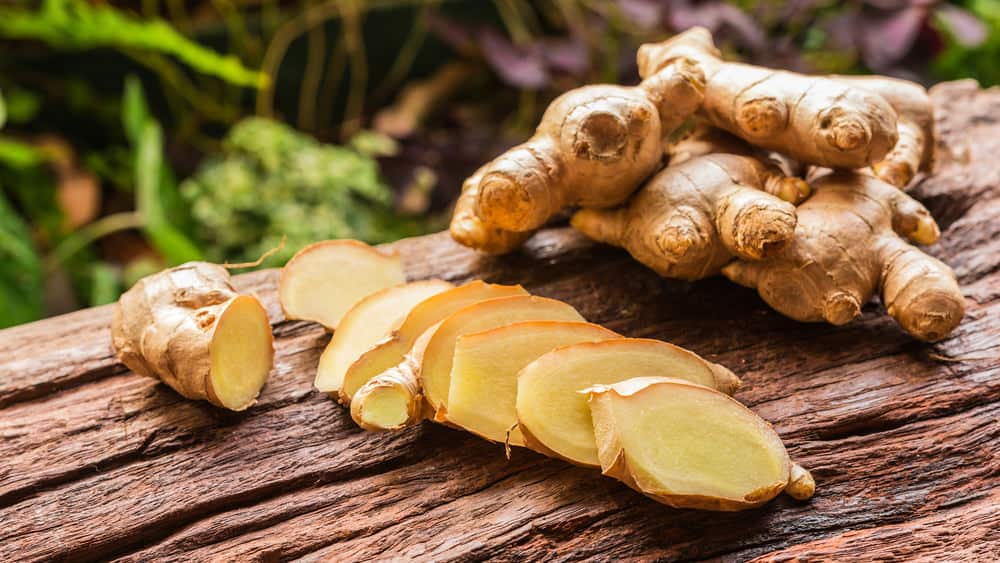 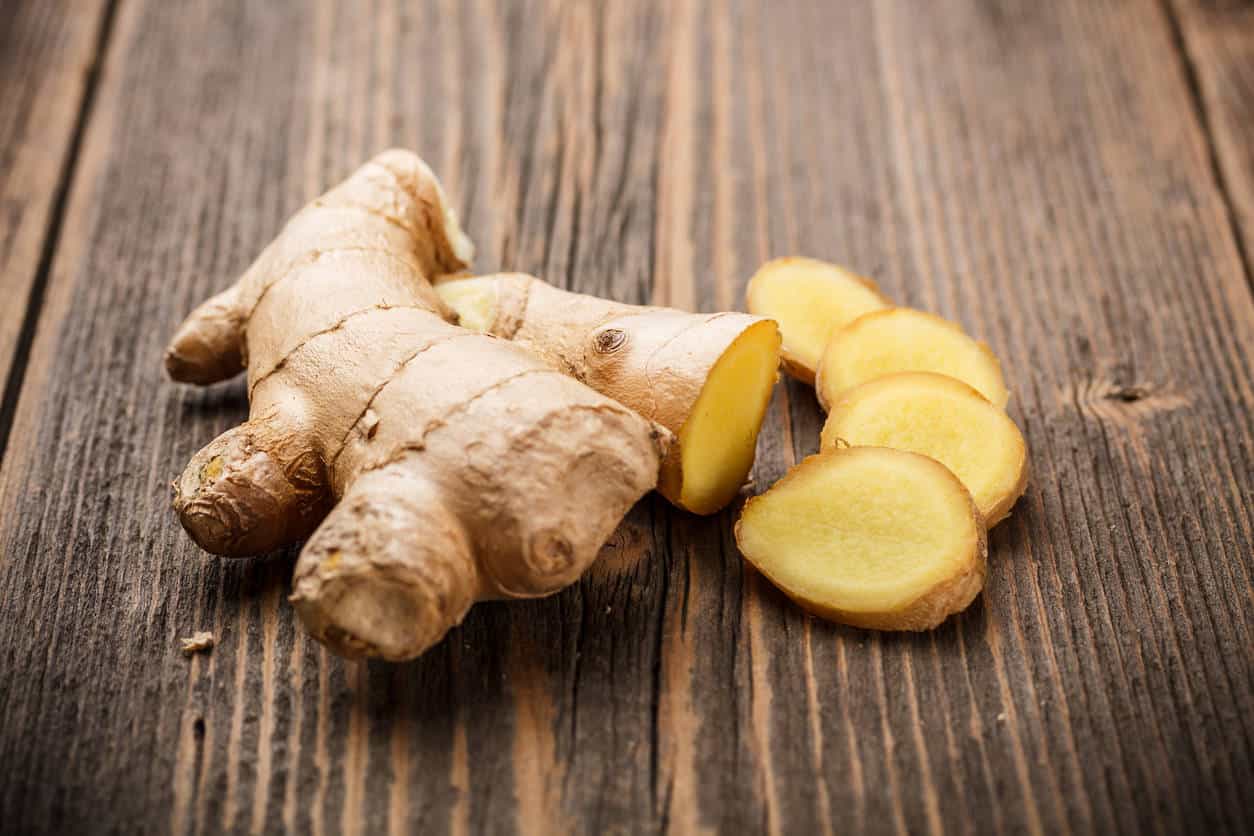 Ginger is best grown in zones 9-12 and it does very well in areas that contain partial shade. There are hundreds of ginger varieties and it originated in Asia in the parts that get very hot and humid. Ginger is also easy to grow and you can grow your own by buying some fresh ginger root in the store and planting it yourself. The rhizome usually takes several months to get big enough to use in the kitchen but it is a relatively simple plant to grow that can even be grown indoors. 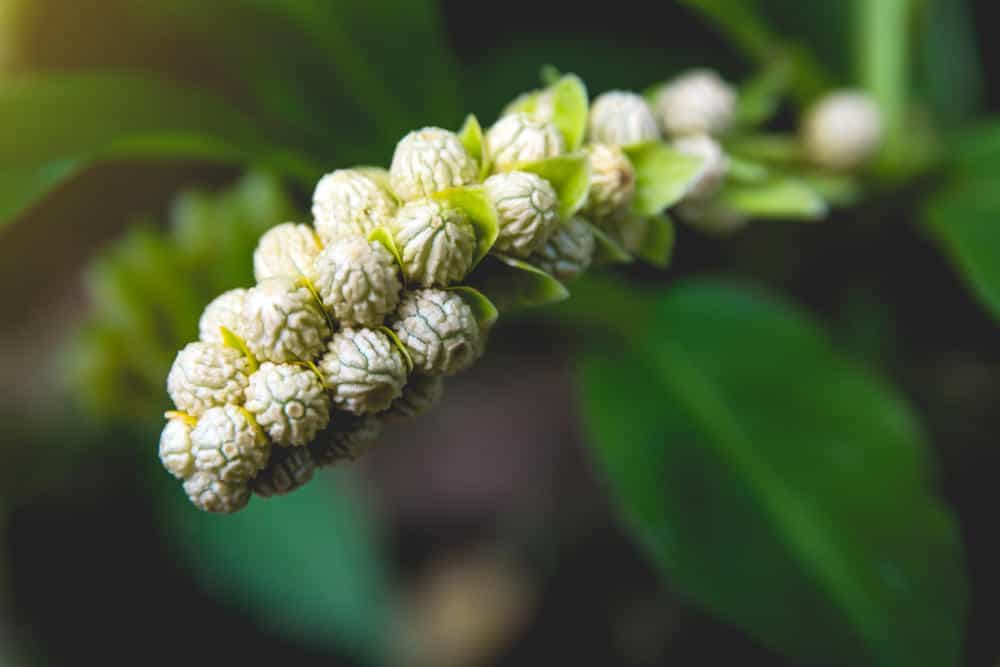 This type of ginger is also called Dancing Ladies and it grows to roughly two feet in height. It has long leaves that hold seeds and are usually either white or purple in color. It also contains small whitish-yellow flowers. Best when grown in zones 8-11 and in well-drained soil, the Globba ginger plant needs full sun to grow and is available in several different cultivars, thanks in part to selective breeding. One variety has pinkish-purple bracts and a red tint on the backs of the leaves while there is another variety that has white bracts and yellow flowers. In fact, there is quite a variety in colors because of the various cultivars and they are graceful-looking plants as well. 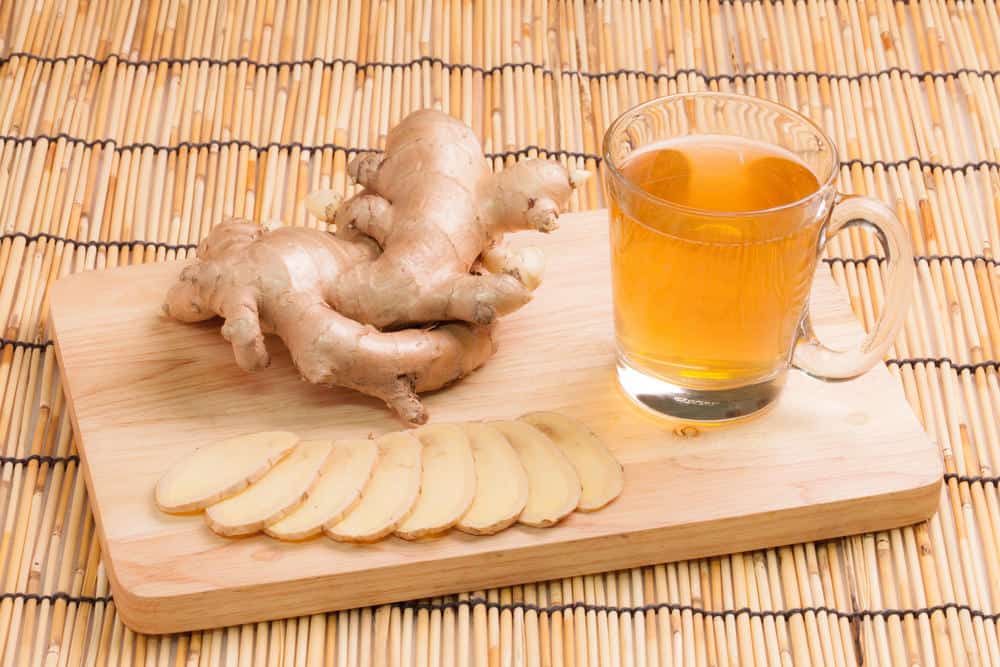 The type of ginger found in most U.S. grocery stores is called Chinese ginger or common ginger. It is usually imported from areas such as China and India. It has a very subtle flavor and fairly large rhizomes. Most ginger plants grow to roughly four feet high and spread out up to three feet. It isn’t a particularly attractive plant, in part because there are no showy flowers, and there are hundreds of cultivars available. This includes the Indian varieties such as Rio de Janeiro and Nadia as well as the Chinese varieties such as the Guangzhow, Shandong Laiwu, and Gandzhou. 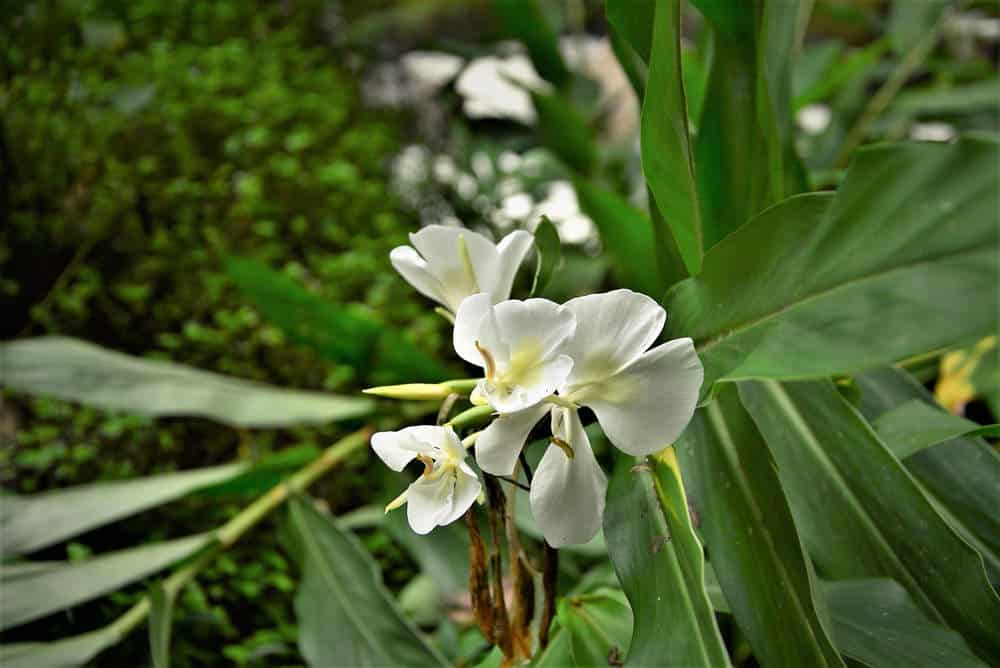 Best when grown in zones 7-11, this is an ornamental type of ginger and includes a variety known as the White Butterfly Ginger Lily, which must go dormant in the winter. This type of ginger starts underground where both the stems and roots shoot out from the soil. With green stalks that can grow as high as seven feet tall, the Hedychium ginger has pointed leaves that get up to two feet long and five inches in width. They start to bloom in mid-summer, are usually white in color, and are shaped like butterflies, hence their name. They also grow best in full sun and partial shade as well as a very moist soil. 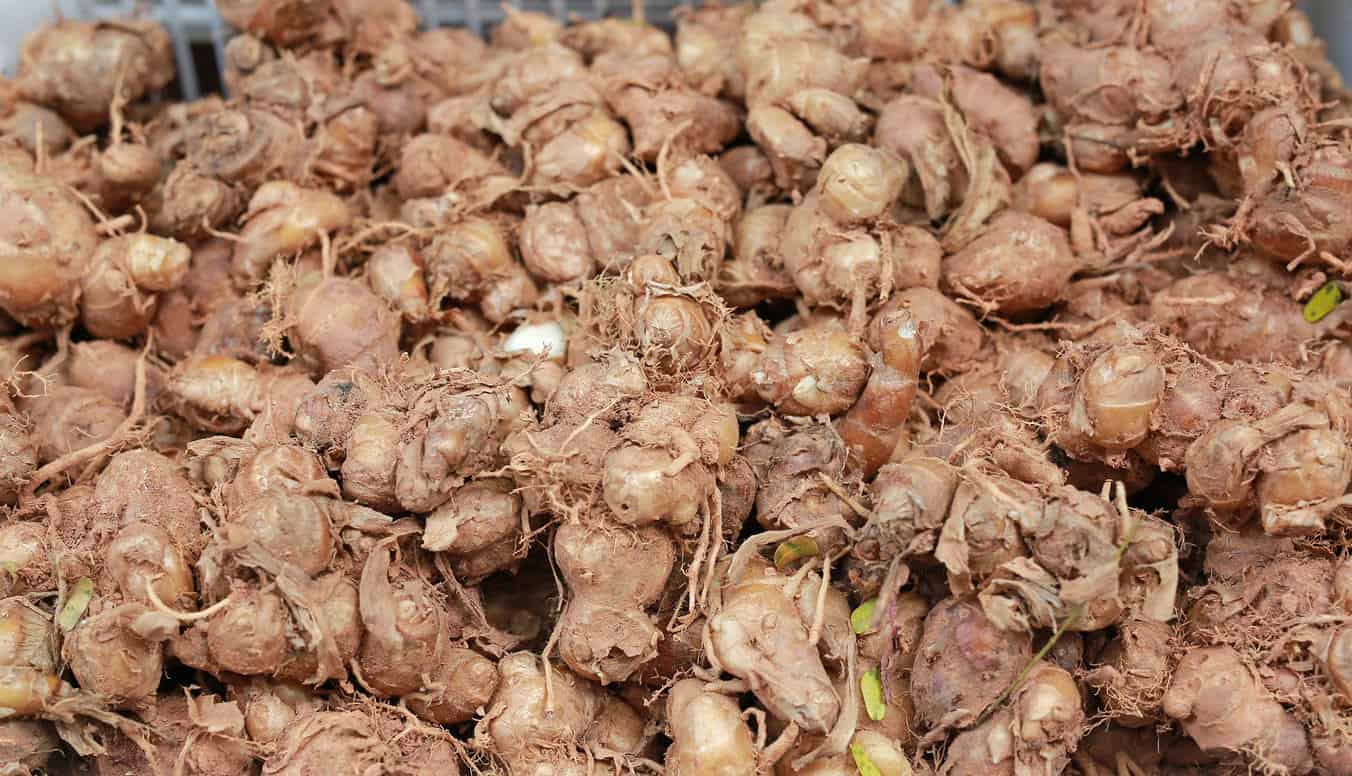 These plants are also called Peacock gingers and they have oval-shaped leaves that can get up to eight inches in length and six inches wide. The leaves themselves are green and have patterns of bronze and burgundy in them. The plant grows only a few inches above the ground, making it a petite plant. The flowers are usually purple with four separate petals. Best when grown in zones 8-11, the Peacock ginger needs moist but well-drained soil and a lot of shade. 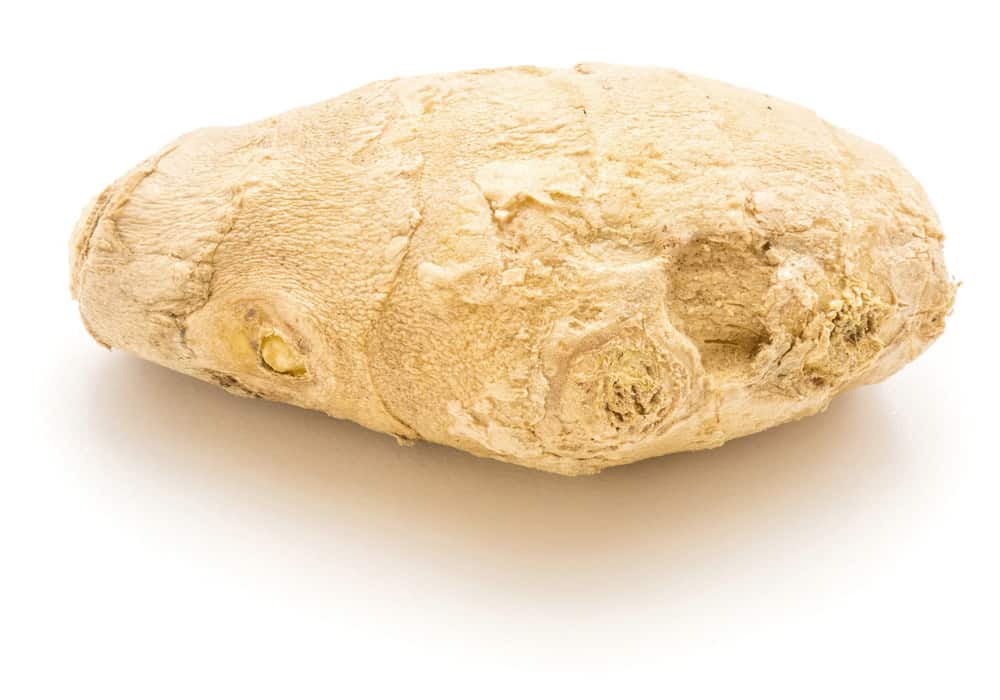 Small-sized ginger is usually called Japanese ginger and it has a very intense flavor, more so than the Chinese ginger that is often found. However, the Japanese and Chinese types of ginger can be used interchangeably when cooking. There are also different types of small rhizome ginger, including the Kintoki and the Sunti, which are both strong in flavor.

B. Ginger types by color

Baby ginger comes in various colors, which is why it is also called green ginger, pink ginger, spring ginger, stem ginger, or new ginger. It has thin skin and a very mild taste and it grows in very large clusters that allow you to snap off part of it when you wish to cook with it. In fact, it is freshest when you still see the stems and stalk attached to it. You can use these stems and stalk to make fresh ginger tea or to flavor dishes such as soups, rice dishes, and pasta dishes, to name a few.

The Blue Hawaiian ginger has a yellow core and a unique taste. Native to Brazil, this plant can grow up to three feet in height and has beautiful, shiny green leaves. It is an ornamental plant that is easy to grow and it cannot be directly in the sun because it will burn. The ideal temperature for growing Blue Hawaiian ginger is between 60ᵒ and 80ᵒ Fahrenheit and it does best if you fertilize it regularly. 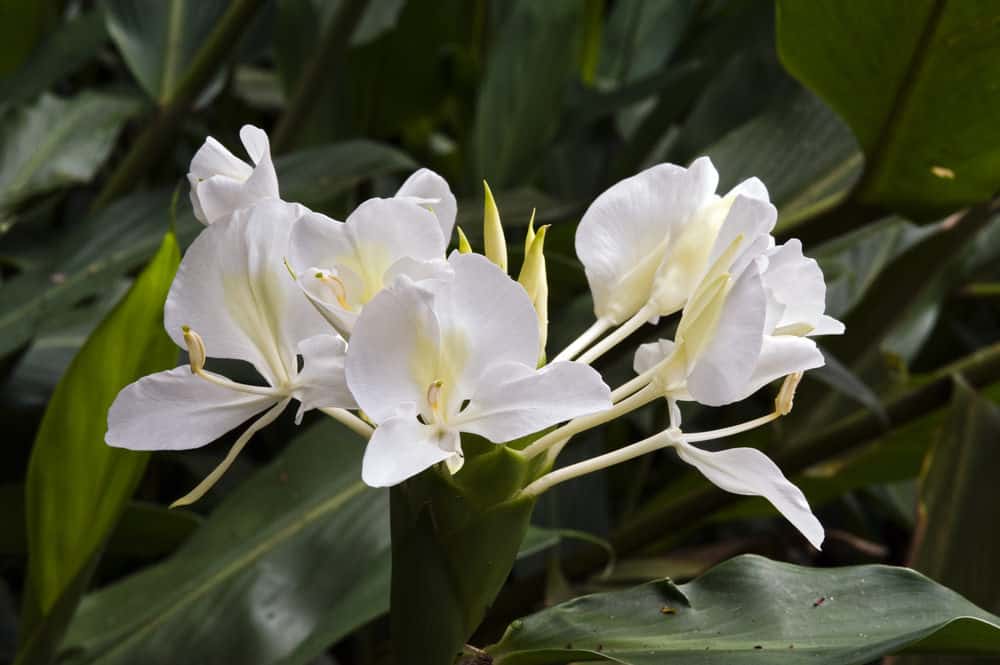 White ginger is a specialized type of ginger that is common in areas such as Nigeria but can also be found in limited markets in the U.S. It is also called the Ginger Lily and the Butterfly Flower and it  can grow up to eight feet tall. This ornamental plant is found in eastern India and Nepal as well as many other places. It is a very popular plant that blooms in the summer and fall seasons. 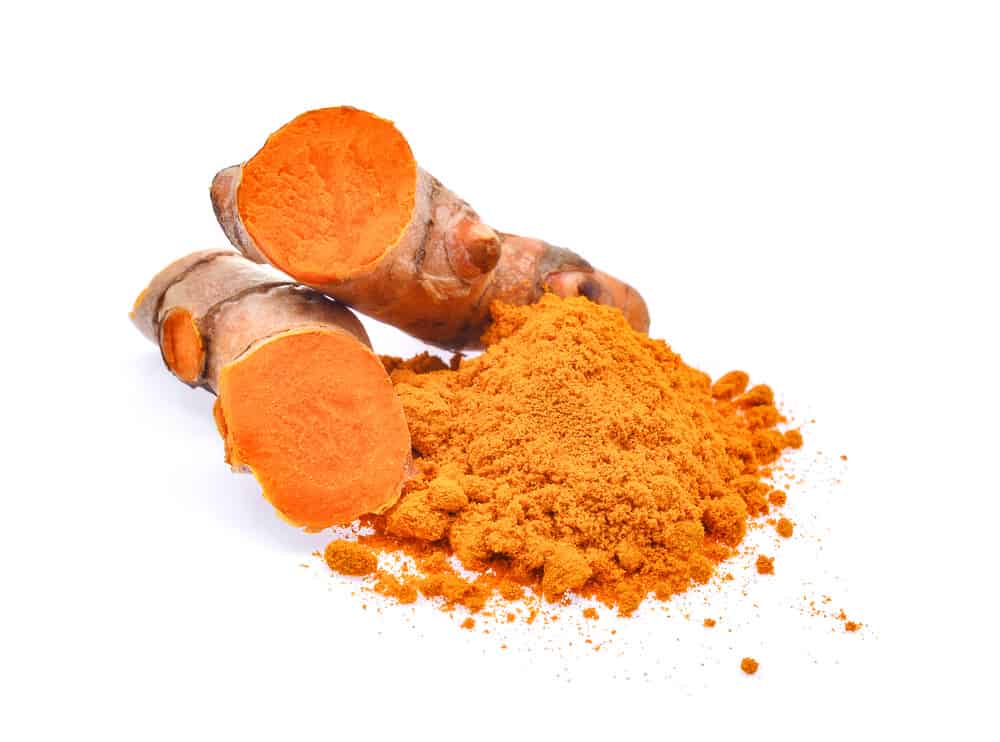 Yellow ginger, also called turmeric,  is the most commonly used ginger in the United States. It includes over one thousand species and is well known for both its culinary and medicinal properties. A good anti-inflammatory herb, yellow ginger also supports the brain and the immune system. It also helps treat various skin conditions, arthritis, stress, and stomach problems. 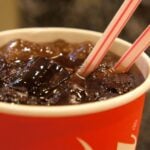