If you want to make a side dish that people will love to have a breakfast, lunch or dinner, try homemade Southern biscuits. Light, soft on the inside, and delicious to eat, there are not likely to be any leftovers with a bowl full of freshly-baked biscuits are served.

Most folks can find frozen or pre-made biscuits in the grocery store, but these taste a bit odd after coming out of the microwave. Heat them up in a conventional oven, and they often taste dry and hard because all the moisture gets lost.

The classic Southern biscuit is served freshly-cooked, with moisture, taste, and warmth all wrapped inside. And it is a mainstay of Southern cooking that has been in place for decades. Fortunately, they are also really easy to make homemade as well.

Time to Prepare: 20 minutes at most

Southern biscuits usually get their first exposure during breakfast. People have never had them get offered biscuits as an option with breakfast and they try them in a restaurant. After that, the person is usually hooked. Another common fare tends to be the standard, Biscuits & Gravy, also a frequent order on the breakfast menu for dine-in. At home, however, Southern biscuits can be combined with just about anything.

The nice thing about biscuits of any kind tends to be how easy they are to make. The recipe is straightforward, but it can be added to with additional ingredients if you desire for variations. And, if the biscuit comes out less than perfect, no one really notices much.

They taste so good, even the odd biscuits get eaten pretty quick. And with practice comes perfection and simplicity. The more one practices baking and cooking, the more you will know about the equipment in your kitchen and the nuances that might change a recipe slightly from what you read.

When done right, a good Southern biscuit isn’t greasy or heavy. Instead, it has a lightness to it, feels and tears apart fluffy, and you feel the steam coming out from it as the heat is released. The outer layer can be a bit crispier, the inside is soft and chewy. A lot of those features come about because of how the preparation process is followed.

With normal bread dough, the material is mixed, battered, flattened, and flattened again. All of this abuse is intended to remove the air bubbles from the dough. However, with the dough used in biscuits, the opposite is intended.

The air bubbles are what give biscuits their texture and results. So, you don’t want them to disappear. That means no dough pounding. Instead, the dough will expand and rise, and that in turn will give the soft lightness in the biscuit when fully baked and ready.

The equipment needed is basic. A cake pan, cookie pan, or basic sheet will all work. Some folks even go so far as to bake the biscuits in a skillet because it changes the outside but keeps the inside of the biscuits very soft with steam. In every case, preheating is needed for a desired outer baking.

The type of lard used in the recipe will have an effect as well. Southern biscuits are often cooked with shortening, but butter can be used used as well for the same effect. It often provides more flavor than lard as well. Milk can also substitute for buttermilk. But if you want the biscuits to be completely dead on, buttermilk is the better way to go for taste and flavor.

Preheat your conventional oven to 400 degrees Fahrenheit. Get a large mixing bowl, spatula and a whisk ready.

Mix in the baking powder and soda, flour, salt all into the mixing bowl. Mix it with the whisk so that everything is properly blended and not in clumps. Add the butter pieces to the mix as well at this point. Once you have consistency, it’s time to add in the buttermilks while stirring at the same time in a gentle motion. Use a spatula or spoon for this part of the job. Don’t pour it all in immediately. Instead, pour and mix repeatedly.

By this point, the dough has formed, and it can be poured out on to a workspace is already dusted with flour. Use a rolling pin to flatten the dough gently into a circle. The desired depth is about one inch of thickness.

With pre-designed biscuit cutter carve out the shapes of the biscuits from the dough. If you have leftover and can combine it into another biscuit, do so. Place each cut biscuit shape into a baking pan with enough room that the edges are just in contact with each other.

Insert the pan into the oven and bake for a maximum of 15 minutes (your time might vary a bit less depending on your oven). Ideally, the outside of the biscuits should be a light golden brown on the top part and lighter on the sides.

You definitely don’t want a deep brown as by this point the biscuits are burning and will be hard as rocks. Once out and the oven is closed, use a spatula to carefully move the biscuit from the baking pan. Place them in a bowl and serve.

If folks are not quite ready to eat the ready biscuits, just put a napkin over the bowl. This will trap some of the heat until ready. Baked southern biscuits can be eaten with all kinds of toppings, and folks regularly eat them with honey, jelly, jam, gravy, or just plain butter. To each their own, but don’t expect any to be leftover. Cooked biscuits go quick! 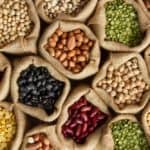 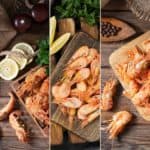