What is Air Popped Popcorn?

Although you can use a common microwave to make air popped popcorn, theaters traditionally use a special appliance for that. It’s known as an air popper, and it pops the kernels by circulating hot air around them.

Back in the day, these air poppers used to be very large, and it wasn’t practical to use them in your home. However, now you can find an electric air popper with a compact size that can be placed in your kitchen’s countertop, thanks to technology!

On the other hand, an air popper heats the kernels by circulating hot air around them. The kernels are maintained in a bag to retain steam and help in the popping of the popcorn. You don’t need to add any flavors or oil if you are using an air popper.

However, the microwave popcorn kernels that you buy from a store come with additional ingredients such as flavors, oil, and salt. They also contain PFCs (Per-fluorinated Compounds) in order to keep the oil from leaking.

How to Air Pop Popcorn

Step One: Gather Ingredients and Equipment

You’ll need the following equipment and ingredients for this recipe:

You’ll need to put the metal pan on the stove and pour a thin layer of coconut oil. You can also use a range of different types of oils that’ll help you to air pop the popcorn. However, coconut oil will add the same taste that you get at the movie theaters.

Now you’ll need to cover the pan but keep the lid slightly ajar and start shaking the pan steadily and gently because it’ll have burning oil. This step is very important because it’ll allow you to air pop the popcorn properly.

Pro Tip: Your first batch is ready if you’re hearing only one popping sound every two to three seconds.

Step Five: Remove the Pan and Fill Your Bowl

Remove the metal pan from the stove and uncover it very carefully. Fill up a big bowl with the air popped popcorn and sprinkle it using butter-flavored artificial topping and powdered salt.

Season Your Air Popped Popcorn for a Richer Taste!

Popcorn is a whole-grain, high-fiber, and low-fat food, which makes it a healthy snack. However, a little seasoning makes it taste better. We have already mentioned that you can use butter, oil, and salt. You can also use garlic salt, dried oregano, simple salt, parmesan cheese, and melted butter to improve the taste.

To make everything vegan-friendly, substitute the cheese with nutritional yeast and use olive oil instead of butter. You can also use ancho Chile powder, smoked paprika, or cayenne pepper to add a bit of spice.

If you have a sweet tooth, don’t hesitate to turn your air-popped popcorn into a dessert. You can add some warming spices such as cloves, nutmeg, or even cinnamon along with brown or powdered sugar. In short, the possibilities are endless, and the only limit is your imagination! 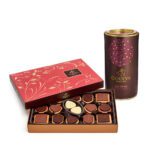 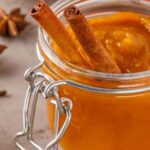