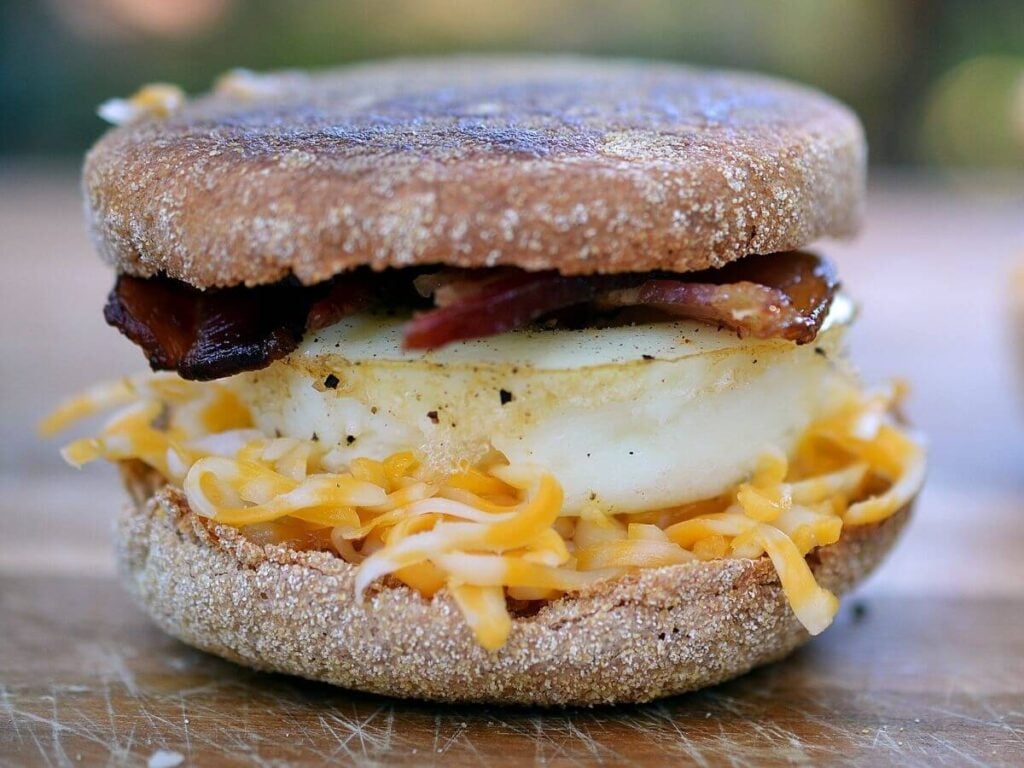 The McDonald’s Egg McMuffin gained popularity in 1973 and has remained on the menu ever since. You can make your own Egg McMuffin at home; they’re simple to prepare, and the best part is that you can make multiple at once. Keep reading to learn how to make eggs like McDonald’s. 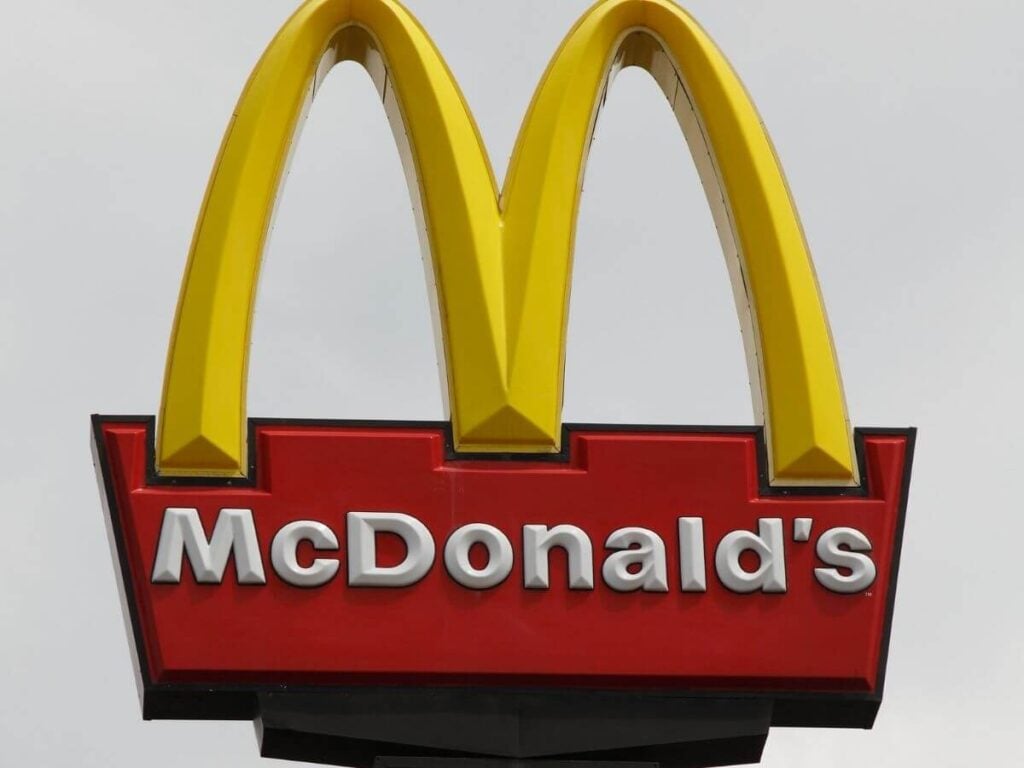 Step 1: Toast and Butter the Muffin

The important thing to remember is that you can’t just leave them there. If you do, the outer parts of the English muffin will tighten as they heat up, causing them to curve upwards and away from the pan. As a result, the muffin will only lightly brown around the sides.

On each half, spread softened butter. Softly press it down in the center of the muffin halves while they toast, consistently flipping them for excellent browning (and achieving optimal taste and texture).

You want an even golden color, and the best method to get this is to cook on low heat with lots of flipping.

In a non-stick skillet over medium heat, brown Canadian bacon slices for 1 to 2 minutes on both sides in 2 teaspoons of butter. The Canadian bacon will brown and be crispy around the edges after being fried in butter.

When the English muffins are done cooking, add 1 slice of Canadian bacon on the top of one half of the muffin.

You will need an egg ring for this step, but you can also use a mason jar or a tuna can if you don’t own an egg ring. Using a non-stick spray, coat the inside of the egg ring. Place it in a non-stick skillet. Over medium heat, let the skillet and ring get nice and hot.

Crack an egg into the egg ring and poke the yolk with a fork or the tip of a knife. Over the egg, sprinkle salt and pepper.

While the egg is cooking, try to keep some steam around it because doing so allows the egg to set rapidly and have a fluffy, smooth finish. To achieve this, pour a little water into the pan around the outside of the egg ring and cover it with a lid. The water provides steam, which makes it soft and moist. The egg will be done in about 2 minutes.

Remove it from the heat and place it on a paper towel to absorb any extra moisture. The egg should be cooked all the way through, but the yolk should still be soft.

Separate the egg from the egg ring with your fingers and set it on the slice of Canadian bacon.

Place the bacon on the bottom of your McMuffin, then the egg, and finally the cheese. It may appear that the sandwich is ready to eat once it has been layered, but it is not. Cover the sandwich by wrapping it in aluminum foil and placing it back in the skillet.

Allow it to heat in the skillet for 2 minutes on low heat, flipping once or twice. Unwrap and serve right away. 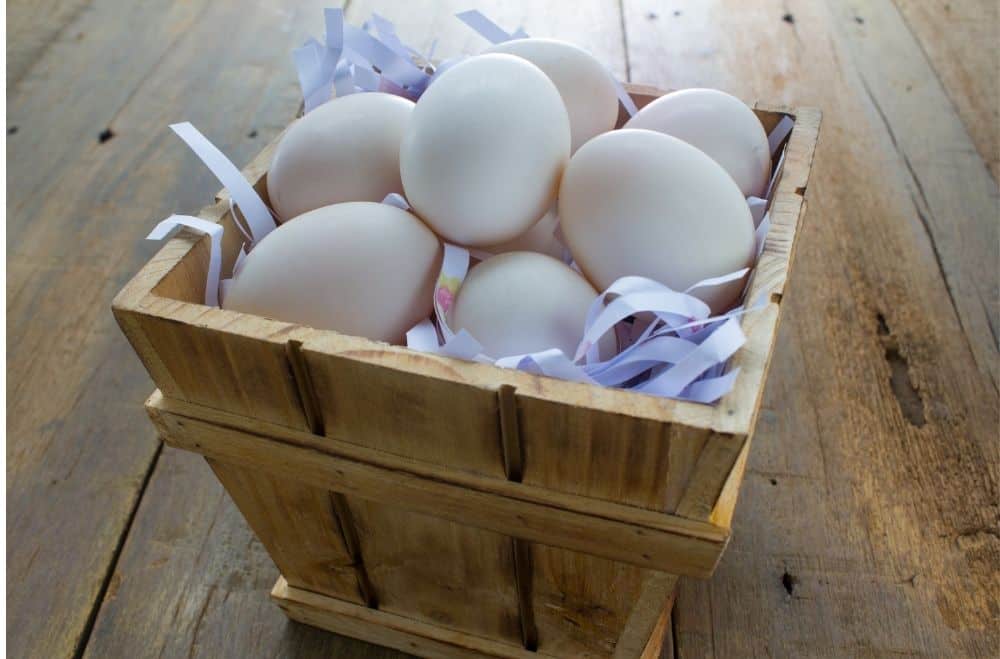 How Are the Eggs for Egg McMuffins Made?

A stack of 8 egg rings is set on a grill. The grill, as well as the rings, are sprayed with genuine butter. To ensure that all 8 eggs cook at the same time, 1 Grade A egg is dropped into all of the rings and the egg yolks are cracked.

How Does McDonald’s Prepare Its Eggs?

Cooking eggs in the microwave is practical. McDonald’s, however, claims to use freshly cracked eggs fried on a grill with an egg ring on its official page.

What’s The Secret to McDonald’s Round Egg?

Cooking eggs in a round egg ring is the key. Place the ring on a heated pan, crack an egg into it, and cook it. The resulting egg is the ideal size and shape for an English muffin.

McDonald’s Uses What Kind of Eggs?

In McDonald’s restaurants, Egg McMuffins are the only morning menu item that contains freshly cracked eggs. Liquid eggs are used as the rest of the chain’s egg offerings.

Are Egg McMuffins Good for You?

A McDonald’s Egg McMuffin contains 300 calories, 5 grams of saturated fat, 2 grams of fiber, 18 grams of protein, and 820 milligrams of sodium. This simple breakfast sandwich contains fewer calories and fat content than any of McDonald’s sausage or ham biscuit sandwiches or McGriddle alternatives.

It’s simple to prepare several sandwiches ahead of time, package them neatly, and freeze them. You should let a few defrost overnight in the refrigerator, then microwave for 30 seconds to 1 minute before serving! If they’re entirely frozen, microwave them for a few minutes longer, possibly 90 seconds. Before putting them in the microwave, always remember to remove the plastic wrap first and then roll the sandwich in a paper towel. 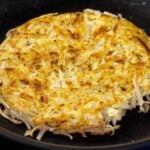