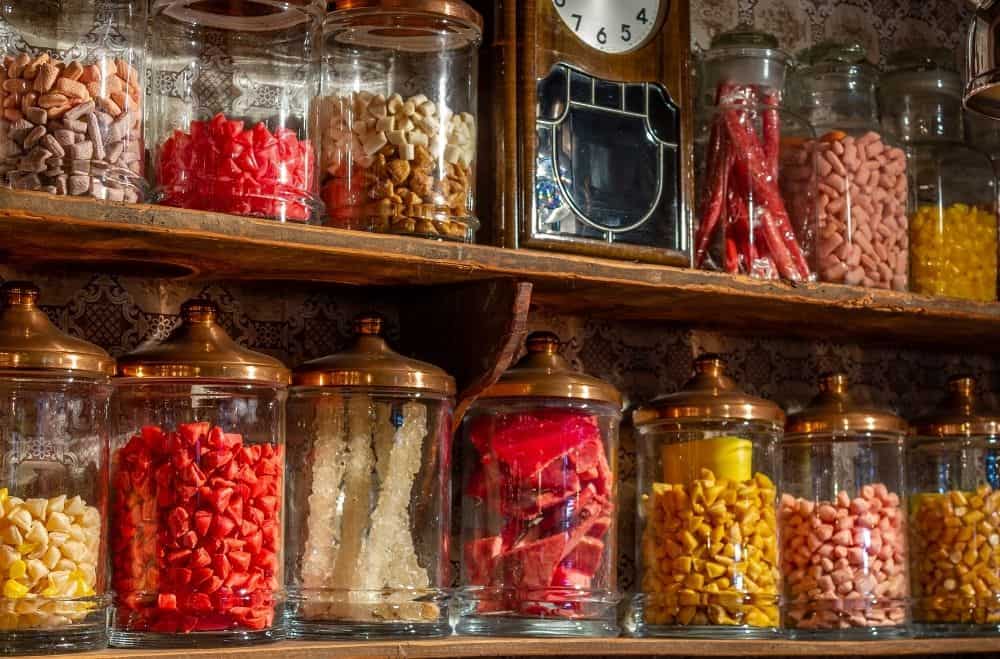 One of the best childhood memories is visiting a neighborhood penny candy shop. Heck, that is probably one of the best adult memories too. The thrill of checking out that candy buffet, grabbing that plastic basket, and filling it up with a variety of colorful sweets from almost every jar is definitely one of life’s best pleasures. 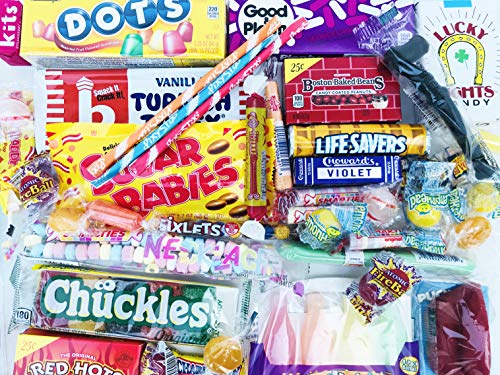 When you think about penny candy you probably remember the Tootsie Roll, Wax Bottles, Root Beer Barrels, Licorice, and of course a Candy Necklace. Here are six penny candy favorites that even candy loving people may have forgotten about but are still around to enjoy! I hope this list brings back lots of happy memories. Enjoy! 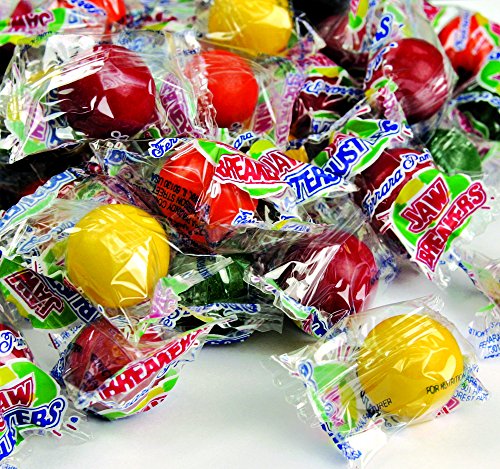 Jawbreakers or Gobstoppers have long been a favorite candy for young and old candy loving folks. Gobstoppers are the same thing as Jawbreakers but named so from the British for the mouth, which is gob.

These are hard candy ranging in size from a comfortable hard candy to enormous. Hence the name, Jawbreaker. They don’t really break your jaw but they are certainly a mouthful.

These are the ultimate in an all-day candy. The larger ones just sit there protruding your cheek so you look like a demented squirrel. Most Jawbreakers are very hard, too hard to bite without the risk of breaking your teeth.

They are also almost always a series of layers. Each layer can have a different color and maybe even a different flavor. It’s like a whole bunch of candies in one. It can take some hours to work your way through the larger ones.

Jawbreakers are made by slowly depositing layers onto a core and then built up. Sometimes the core can be a type of candy, gum, anise seeds, or fruit. They are made in large, rotating, heated pans.

This is called “hot panning”. Jawbreakers actually take several weeks to make, because the entire process of adding liquid sugar is repeated over and over until it’s finished. Natural and artificial colors and flavors are also added during the panning process.

They come in a wide variety of flavors from fruit flavors to cinnamon, and licorice to bubble gum. They can be very colorful, as well, even multi-colored. Plus, the layered ones have several colors. If you have ever broken one open, you can see the layers and different colors. They are easier to eat when they are smashed into smaller pieces, but it is kind of cheating. 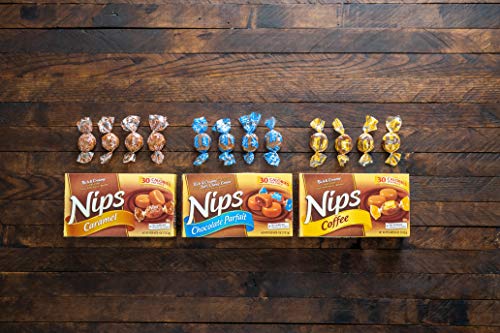 Nips were and still are a favorite treat with candy loving people. They were invented by the Pearson Candy Company in the 1960s and were originally called Pearson Nips. It was created as a candy that people would eat during a coffee break.

The Pearson Candy Company began in Culver City, California, and was founded in 1928 by Barney Pearson. The company manufactured over 30 candy products during its 42 years in business with Coffee Nips being its most famous product. Today Nips are made by the Nestle Company.

Coffee Nips, Caramel Nips, Chocolate Parfait Nips, and Peanut Butter Nips are all still available today. They are different from most other hard sugar candies because they are milk-based hard caramels. The dairy ingredients make their texture exceptionally smooth and creamy.

Each Nips flavor is distinct and truly satisfying. This hard candy is known for its smooth, creamy texture and bite-size treat with an unmistakable hint or “nip” of flavor in the middle, which is how it got its name. 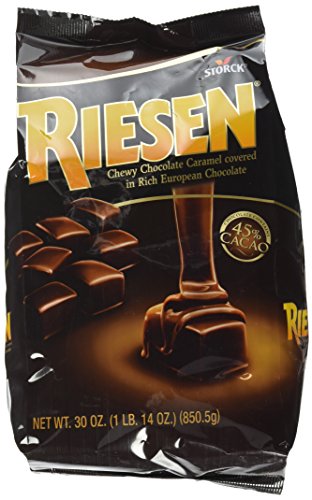 Long-lasting Riesen chocolate and caramel little squares of goodness are so good, you can’t have just one. Riesen was Germany’s very first candy brand. They are rich caramels covered in dark chocolate. You can suck on them, you can chew them, you will love them again.

Riesen is the German word for Giant, and that suits these candies to a tee. Although they have been around Europe and the UK for many years, since the 1930s, in fact, it wasn’t until the 1990s that these chocolatey chewy caramels started to sell in the United States.

Caramel and chocolate just go together so well, it’s no surprise that these have been as popular as they are. They are available around the entire world, now and show no sign of slowing down.

There is just something so delicious about caramel and chocolate together. Riesen has perfected it and has done so for close to 100 years. 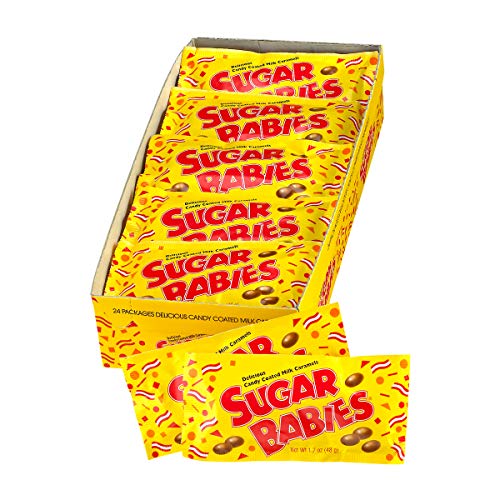 Another favorite caramel candy is Sugar Babies. They began in Jamaica and were originally developed in 1935 by James O. Welch Co. Sugar Babies were named after a song called “Let Me Be Your Sugar Baby.”

The company was bought by Nabisco in 1963. The Welch family of products changed hands a few more times but finally landed in the very capable hands of Tootsie in 1993, who makes them to this day.

They are small and fairly soft, which makes them much easier to eat than some of your harder candy.

These are also great with other things. Dump the entire bag in your popcorn at the movies or at home. You can also melt them down and pour them over your popcorn, ice cream, or desserts of any kind. 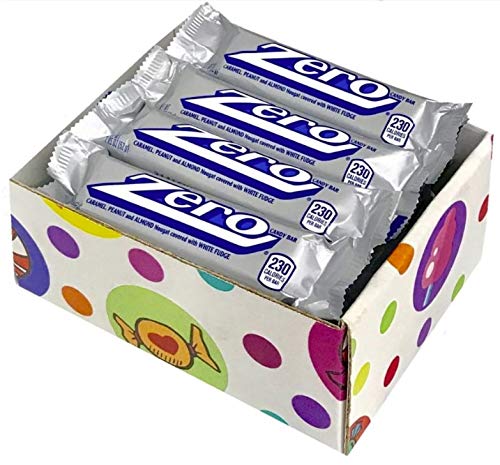 Now here is another blast from your past. The Zero bar has a soft center of caramel, peanut, and almond nougat, covered by white fudge. These have long been a favorite with candy loving folks.

A long time is right, too. They were developed in 1920 by the F.A. Martoccio Macaroni Company in Minneapolis, Minnesota. There are rumors that the candy bar’s name was inspired by its frosty-looking white fudge coating.

The unique white fudge coating has become its trademark. The Zero bar was first launched by the Hollywood Brands candy company and then it was known as the Double Zero Bar.

In 1934 it was renamed the Zero bar. It is said the name “double” zero was implied to suggest the zero bar was “cool”, as in low in temperature. Hollywood Brands was first sold to Consolidated Foods Corporation in 1967, which later became Sara Lee.

There were a few more exchanges of ownership, and they finally settled down to stay with the Hershey Foods Corporation in 1996, who still make the bar to this day.

Now it comes in three different sizes, but the same great taste has remained the same. 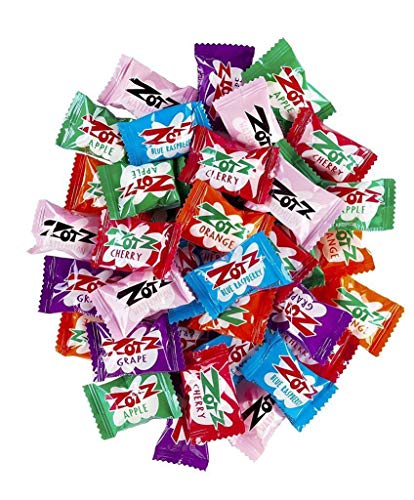 The original candy that fizzes. That’s right. Fizzes. Did you ever eat Zotz? They are more fun than they were good but they were certainly popular. As it stands, they still are.

The origin of Zotz was an Italian invention, first introduced to America in the late 1960s. It is a hard candy that contains sherbet. Zotz has a somewhat sour flavor to it, because of the acids involved in its ingredients. That’s what makes them fizz.

Zotz Fizz Power candy is how they are called officially and are still being made and sold. You can find them in many different flavors, including cherry, blue raspberry, grape, apple, watermelon, orange, and strawberry.

Zotz are still made in the same factory in the same town in Italy, where they first began. The fizzing center is down to the bicarbonate of soda. They are sold in strings with the candies all connected to each other.

Zotz are more entertaining than most candy. There you are, just enjoying the tartness of your blue raspberry Zotz, when all of a sudden, there is something going on! The center is fizzing all over the place.

Sometimes it takes a while before you reach the fizzing parts, other times you might get one that has a small hole or crack and you get to it all that much sooner. Every candy is its own adventure.

We hope this list of six forgotten brands of penny candy brings back lots of happy memories. Enjoy being a kid again and go and order one or all six of these forgotten gems. 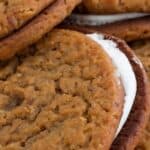 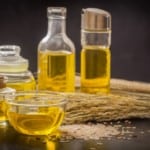