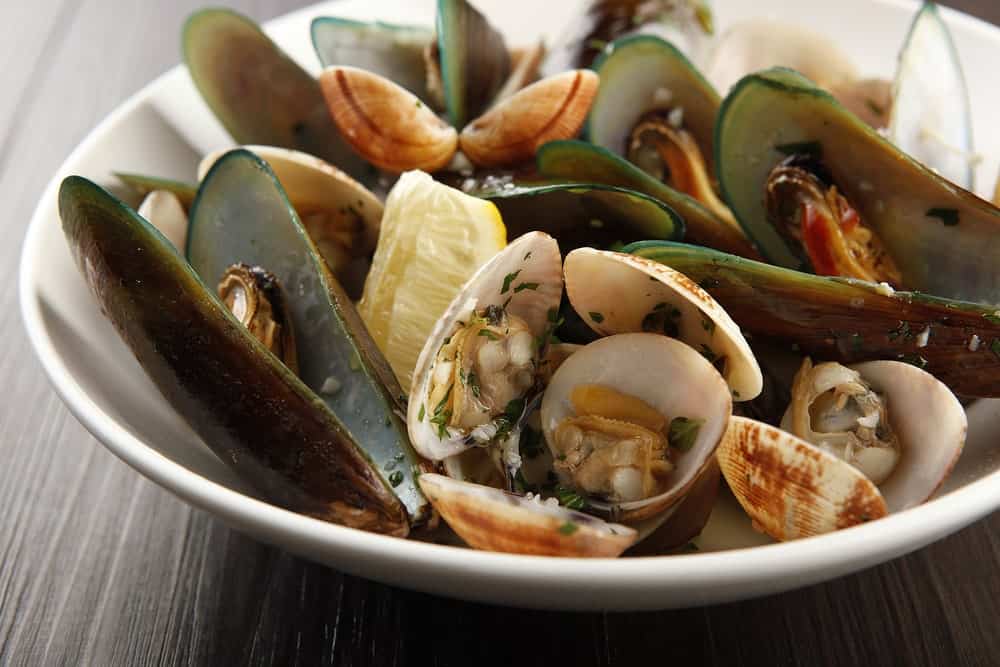 While shellfish sounds as if it may refer to a particular species of fish, it actually refers to a broad classification called spineless invertebrates. Most types of shellfish live in saltwater, but some species also exist in fresh water. Shellfish have an exoskeleton which means that, unlike us, their skeleton is outside their bodies. Interestingly, shellfish have a delicious taste and soft texture, which explains why they have been fished and consumed throughout the world for centuries. 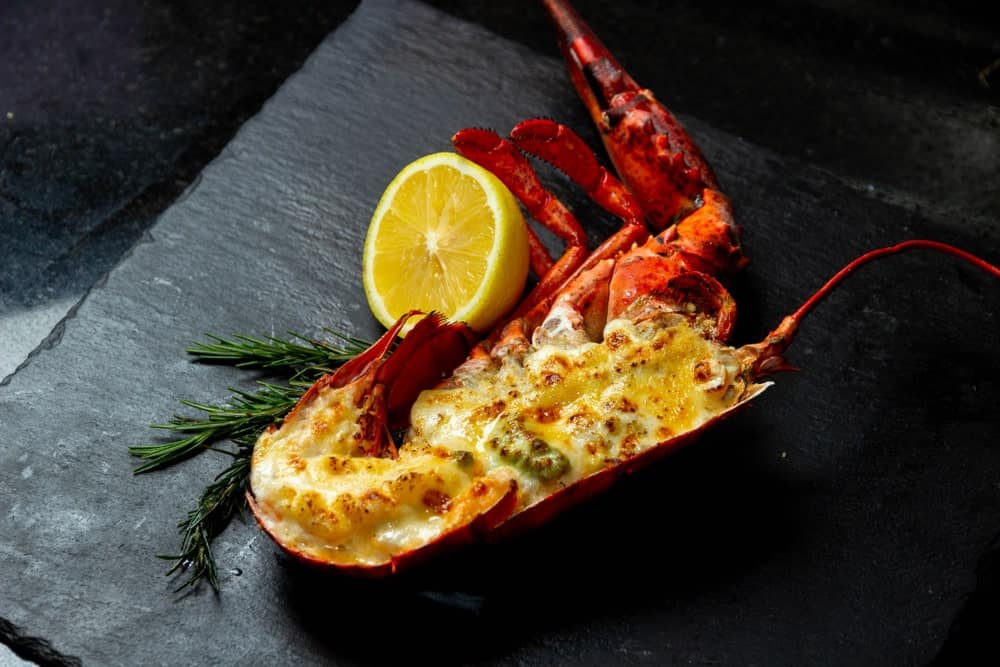 Lobsters are the most popular type of shellfish. Every month, this shellfish sheds its hard outer shell, and the inner shell hardens. An ordinary lobster can shed up to 25 shells by age 5, after which the shedding rate slows down dramatically. It then sheds as few as one shell every one or two years.
Lobsters can live for a very long time. As they mature, they can get massive in size. The average breeding time for lobsters is mainly in the summer, but sometimes they are also available in winter. Usually, their large claws are removed after they get caught since they can injure or even try to eat other caught lobsters. Lobsters can also have more meat, even when not in the most pristine condition, so don’t waste them!

Commercially, lobster is a high-end food and the tastiest item on any seafood platter, so don’t be surprised to see it at the top of the seafood menu at a high price. The meatiest parts are located in the legs, claws, and tails and are thus more preferred but can also be consumed whole. It can also be served warm or chilled and boasts a delicious, melt-in-your-mouth taste, especially when it is eaten with butter. 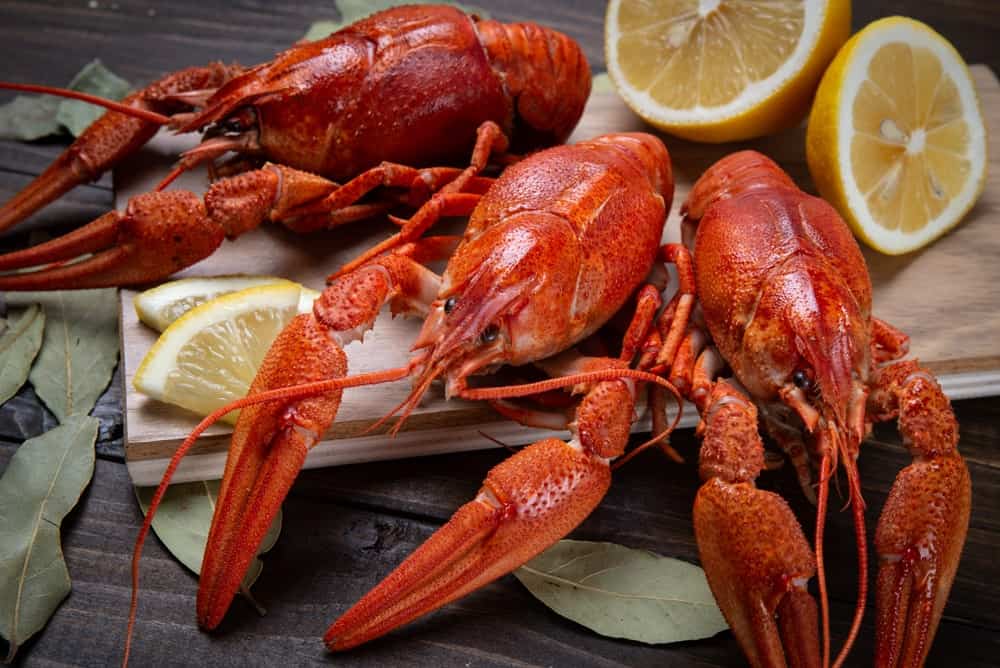 Crayfish, also known as crawfish, are freshwater fish that resembles a smaller version of lobster. A typical crayfish ranges from 3 to 6 inches in length and is dark brown, green, or sandy in color. It has stalked eyes, a pair of big pincers on its front legs, a sharp snout, and a fused head, while the body is made of 19 segments. It feeds on snails, plants, tadpoles, smaller fish, and earthworms.

While it is enjoyed globally, crayfish is considered a popular food source in Australia, France, Unites States, and Scandinavia. A Louisiana, they are especially popular in a crawfish boil. Here, residents boil hundreds alive in a massive pot filled with onions, potatoes, sausage, maize, garlic, and seasoning such as lemon, bay leaves, cayenne pepper, garlic, salt, etc. Crawfish pie, crawfish bread, crawfish dressing, and crawfish etouffee are other admired dishes in the region.

To avoid food poisoning, you can only consume a small portion of the crayfish body. The claws should be pulled out and removed before the meat can be eaten. Dishes like etouffee, soups, and bisques all use the tail part of a crayfish, and some people even suck the head because that is where the flavor and seasoning are most strong. 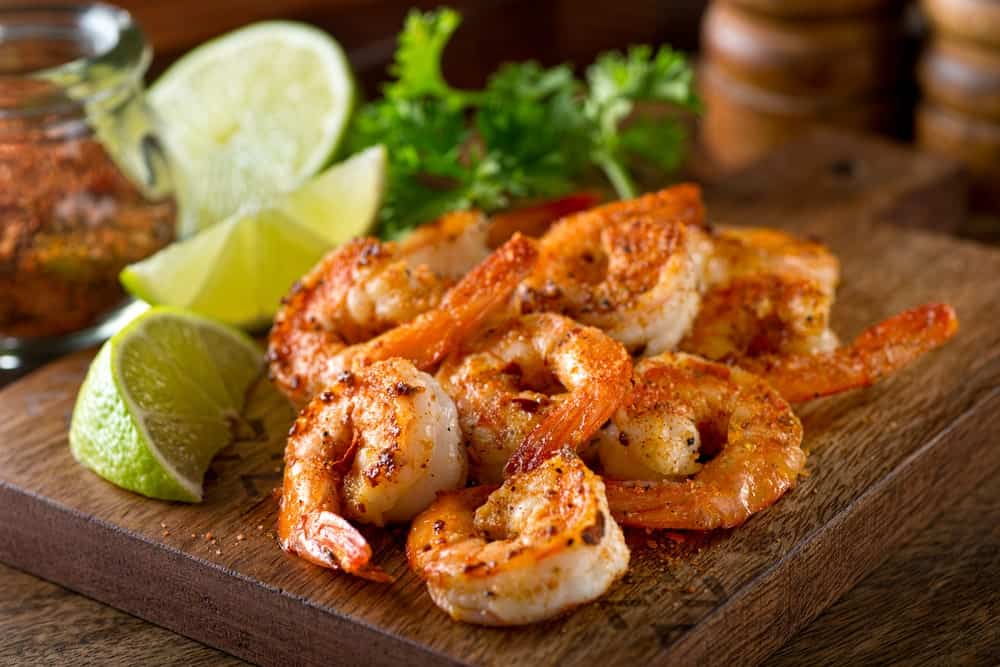 Shrimps, also called prawns, have the same classification as shellfish like lobsters, crabs, and crayfish as they have tough exteriors and ten legs. Like lobsters, they shed their shells to grow. But in contrast to crabs and lobsters, which crawl on the sea floor, shrimps can swim in open coastal waters. They move forward by paddling their legs over their abdomens and using their fanlike tails to move backward.

This type of food is a favorite all across the US. The shrimp is a versatile ingredient since it can be cooked and seasoned in numerous ways. The fresh and mild flavor of its tender meat pairs well with a variety of ingredients. As a stand-alone serving, shrimp is commonly presented with cocktail sauce, garlic sauce, and other dressings.

Some great dishes that feature shrimp include cold melon shrimp soup, seafood jambalaya, and various pasta dishes like shrimp scampi. The largest fishing ground for shrimp around the US is the Gulf of Mexico; however, the coastal water from Virginia in the south is also rich in shrimp. 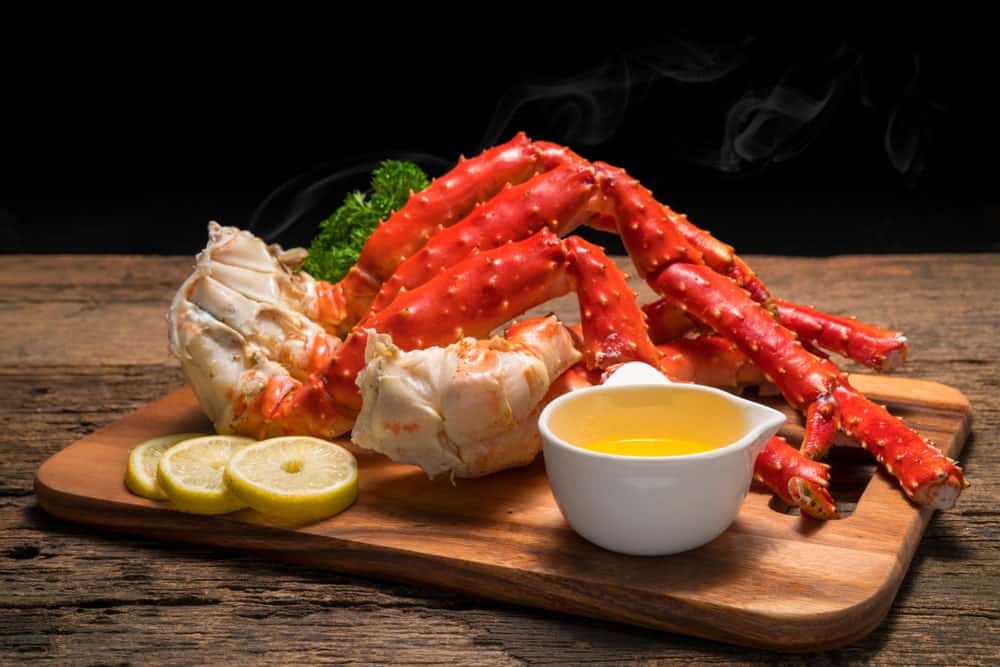 Crabs also belong to the crustacean family. They have ten legs; the front two have pincers that resemble scissors. They grow by shedding their shells and are vulnerable to threats until it has completely hardened. Compared to freshwater crabs, saltwater crabs get fished in much larger quantities.

Crabs are a common ingredient used in crab cakes, sushi, and multiple other seafood dishes. However, it is equally delectable when consumed alone. For instance, a crab cake is prepared by extracting crab meat and adding mayonnaise, egg white, and cracker meal.

The most consumed types of crabs include the King crab, which has meaty claws and legs. Crab is often topped with butter and creamy sauces, making it incredibly tasty. Various cooking techniques are used for this crustacean. They may be boiled, grilled, roasted, or steamed. Dressed crab is a popular British dish that is prepared by filling a hard shell with crab meat. Bisque is another global dish originating from France and made of mostly crab shells. 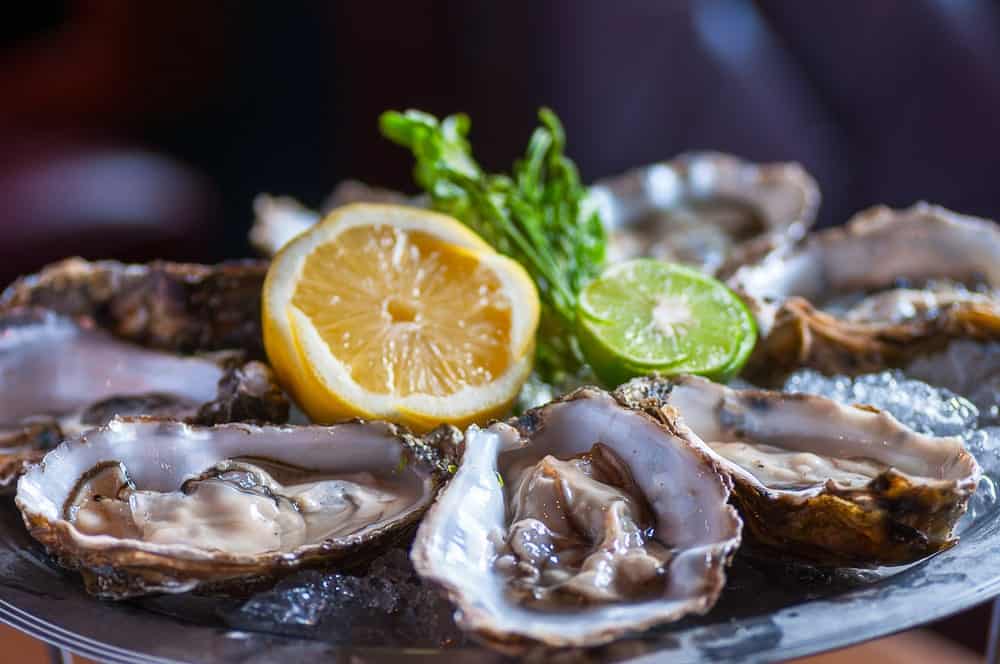 Oysters are saltwater shellfish that belong to the bivalve mollusks family. Raw oysters native to the UK grow to marketable size much more slowly than the Pacific or Portuguese species.
In the US, dozens of varieties of oysters are available. They are mostly harvested from cultivated grounds rather than from natural beds. According to a myth, consumption of oysters was only safe in months with the letter ‘r’ in their French and English names. This can hold true as oysters are much more likely to spoil and cause foodborne illness during the summer between May and August.

Oysters have a soft, edible body under their outer, rough shells. They have a sticky texture, and the taste varies with the location. As the name suggests, saltwater oysters have a saltier flavor than those caught in lakes or rivers. Generally, they are stand-alone food items with ingredients like vegetables, pesto, fresh fruit, and others used as complements. Also, they are served cold within their original shell, and salt, butter, and lemon are often added to flavor them.

Oysters are a tremendous source of nutrition. They are rich in calcium, iron, vitamin A, and vitamin B12. They are also rich in protein but do not provide a lot of energy. 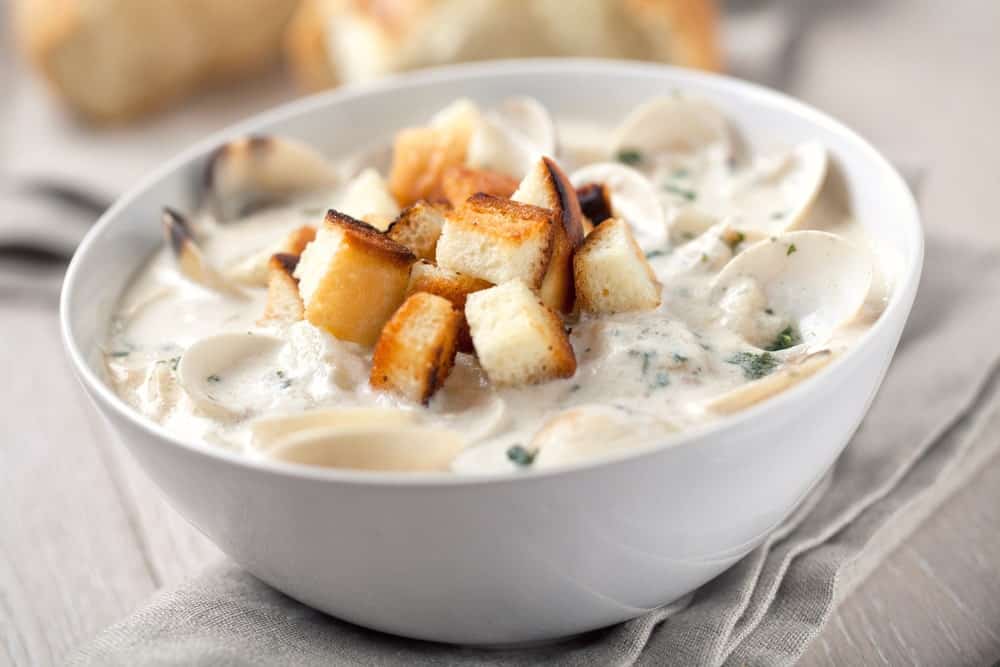 Clams are bivalve mollusks, which means they have two shells with two separate sections. Its muscular foot burrows up to 0.6 meters beneath the surface. Most of them are in shallow waters, and unlike other bivalves, it is rare to find them on the seafloor. Their size depends on the location. Those that are as big as 1.2 meters long are typically located in the Indian and Pacific oceans.

As seafood, clams turn up in a wide range of strongly-flavored mouth-watering dishes such as clam dip, clam chowder, and clam fritter. You can eat them raw or baked, fried, boiled or steamed. Hot rocks and seaweed are also great for cooking the New England clam bake. Although its texture is similar to oysters, the flavor is comparatively stronger and sweeter.

Like oysters, clams are also steamed and served in their original shells. Hard clams, soft-shell clams, and ocean quahog are clam species found along the eastern coastal areas of the US and Canada. Another species, the surf clam, is found on the Atlantic coast of the US. Besides this, different varieties of clams are consumed all over the globe, particularly in the coastal regions of India, Japan, Trinidad, and Tobago.

The octopus is known to be one of the most ominous marine species because of myths and stories, yet they are also a favorite for seafood lovers. A purplish-black octopus is fished, cleaned, and sold frozen on the US Pacific coast. Octopus is a nutritious source of vitamin B. When cooked, it is rich in potassium, phosphorus, vitamin B3, and vitamin B12. However, high volumes of cadmium in the head can have adverse health effects. In some parts of the world, the octopus is sometimes consumed alive.

Octopus forms a significant part of the seafood industry and is delicious in a variety of different ways. Its tentacles, for instance, are often eaten without being cooked, giving it a juicy texture and moderate flavor.

Depending on the location, you can put it in dishes like salads, soups, sandwiches, linguine, and many others. In the US, octopus is very popular in Hawaii but is well-liked in other countries like Japan, Korea, Maldives, Mauritius, Spain, Portugal, Singapore, Tunisia, and Greece. 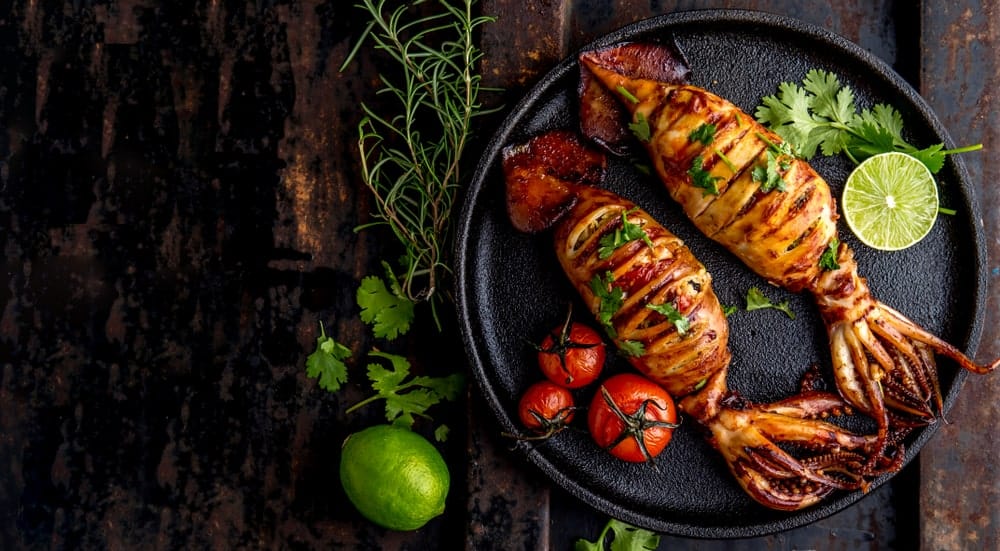 Squid belongs to the cephalopod mollusk category. It is a relative of the octopus but has a comparatively more streamlined body covered in brownish-black ink used as protective camouflage in the ocean. But this ink is also surprisingly used for cooking the squid.

Squid typically has a firm, chewy texture and a creamy flavor, making it a high-quality addition to fancy dinners. Calamari is one of the most famous fried dishes associated with squid. It is often ordered as a starter or appetizer, followed by a seafood feast.

Served with cocktail sauce and lemon, squid has a comparatively sweeter taste. It also is a common ingredient for seafood salad and pasta and is eaten with cheese, vegetables, and herbs when served as a stand-alone dish.

Fried squid is a popular choice in seafood restaurants. In Australia, New Zealand, and South Africa, squid is traded in fish and chip shops and consumed with tartar sauce in Armenia, Lebanon, and Syria. Besides this, it is consumed raw in Korea, China, and many Southeast Asian cuisines. It may be very spicy in noodles, rice, and stir-fries. Japanese dishes such as sashimi, sushi, and tempura also love using squid. 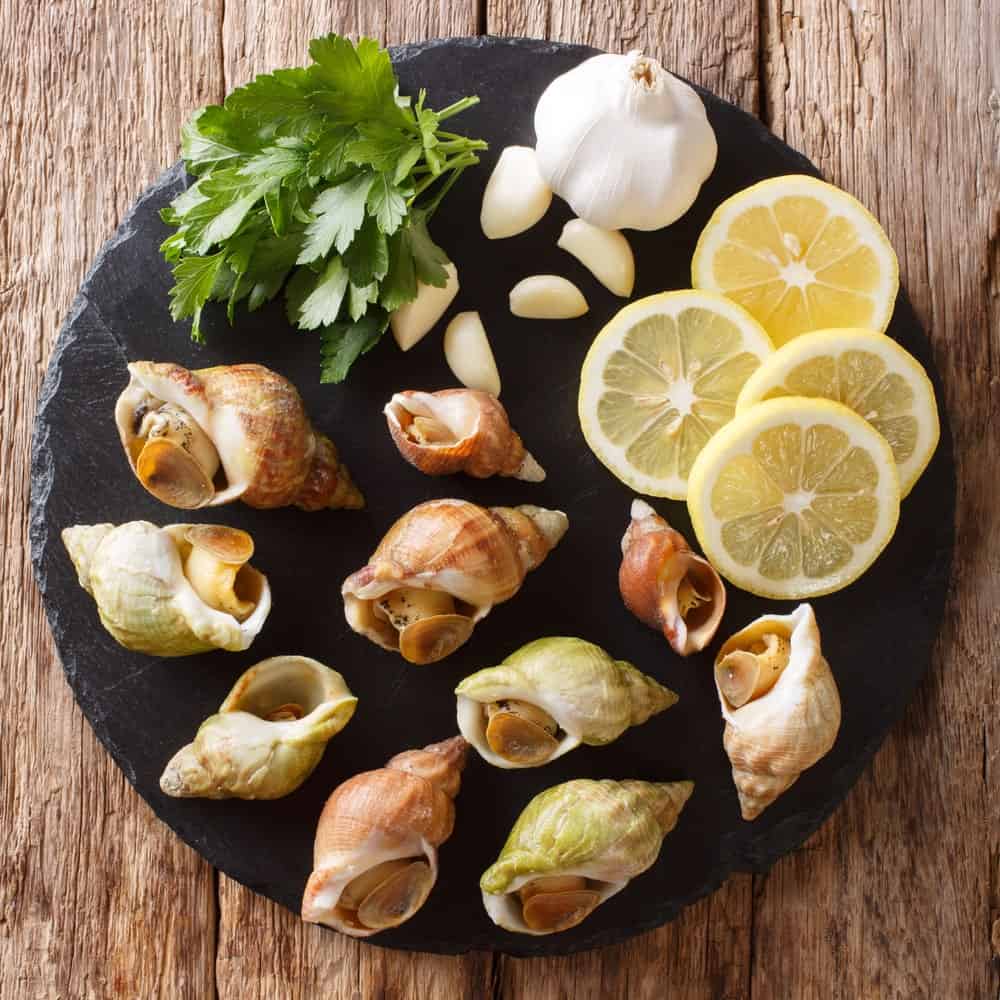 Snails belong to the gastropod mollusk family and are extremely popular in the seafood industry, particularly the land variety. They are in dishes like escargot, where snails are cooked and flavored, and are on menus throughout the US, France, Turkey, China, Spain, Nigeria, Algeria, and others.

Snails are commonly in sauces and pasta in Greece and Italy. They are a good source of protein, and iron but are low in fat. A single serving of escargot offers one-sixth of our daily requirement of iron, around one-tenth of potassium, two-thirds of magnesium, and one-third of phosphorus.

Shellfish is a broad term that includes many fish types within the crustaceans and mollusk category. They are not only a valuable part of seafood globally but also have many nutritional values.

So next time you want to enjoy the fresh, unique, and delicious tastes of the sea, give shellfish a try! You won’t be disappointed. 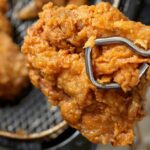 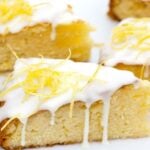