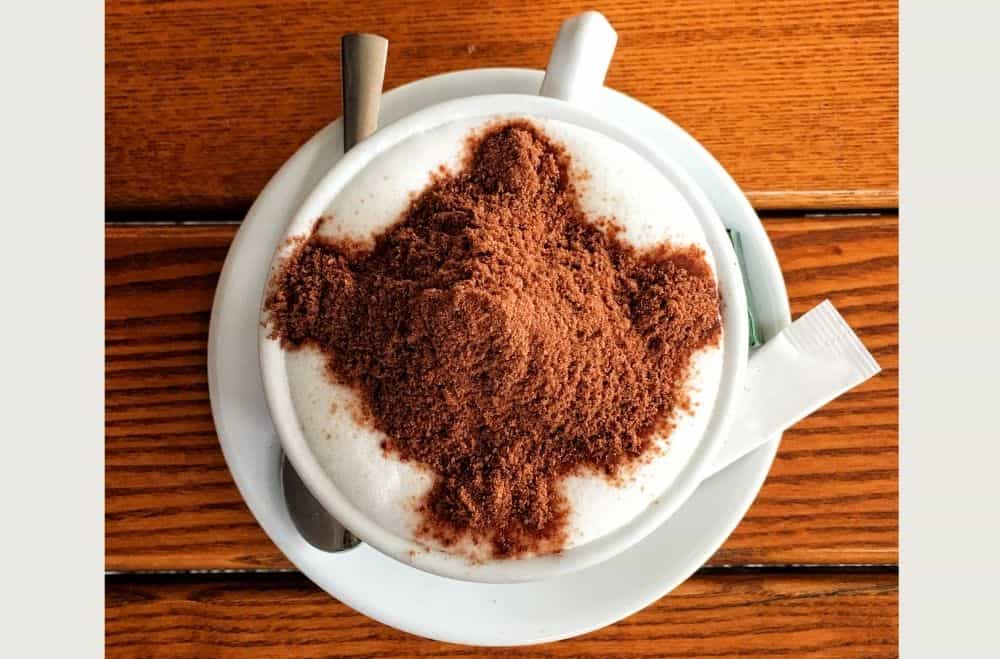 Whether Ovaltine was a product familiar in your house when you grew up or not, chances are you have heard of it. Kids and adults alike have been enjoying Ovaltine, a chocolatey milk additive, for breakfast, lunch, dinner, and even in recipes and on ice cream. It is still being enjoyed today, by families around the world.

10 Things You Didn’t Know About Ovaltine

Ovaltine has gone through a few changes over the years, but it is still the same popular product it has always been.

1. Ovaltine was Born in Bern

Ovaltine began in a laboratory in the old city center of Bern in 1865 by Dr. Georg Wander. He formulated the malt extract to combat the widespread malnutrition at that time.

His son Albert, also a chemist and pharmacist, perfected the formula by adding extra sources of energy and adding cocoa powder for more flavor. Ovaltine was launched as Ovomaltine in Switzerland in 1904 and marketed as a medicinal product. But soon even healthy people were drinking Ovaltine, women, kids, and sportsmen.

When Ovaltine was first introduced to Britain, the original name of the product was misspelled on its British trademark registration, leading to its English name of Ovaltine. 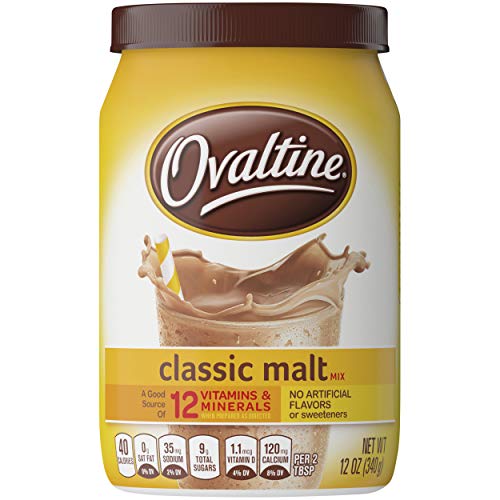 4. It is an International Star

It wasn’t long before Ovaltine went international. From Switzerland, it moved to England, where it became very popular and remains so even today. It is also made in America, Canada, Japan, China, Thailand, and Australia.

It is still growing in international markets like Hong Kong, Malaysia, and Brazil. In 1932 Ovaltine took charge of the dietary requirements of athletes at the Olympic Games.

Today, there are a multitude of Ovaltine products on the market, from spreads to snacks and muesli. There are flavored snacks, like health bars, cookies, and more.

Once only available in powder form, there are some countries that sell it premixed already and ready to drink. This makes it very convenient for those who enjoy the drink to take with them.

Great for adding to kid’s packed lunches, a quick and healthy chocolate milk drink to grab on the go and you can find it cold already in the local store. Very convenient in the tetra pack ready to drink.

7. Ovaltine Even Had its Own Mug

Part of the promotion included decoder rings, pins, badges, and other items that kids could use during the airing of the program to figure out clues and codes.

One of the more popular items featured during the Little orphan Annie show was a mug you could use to drink your Ovaltine. The mug had Little Orphan Annie and her dog Sandy on the mug.

The quote from Annie is “Didja ever taste anything so good as Ovaltine? And it’s good For yuh, too”. You can find them online but if you are paying a lot of money for it, make sure it’s original.

8. Has Its Own Latte 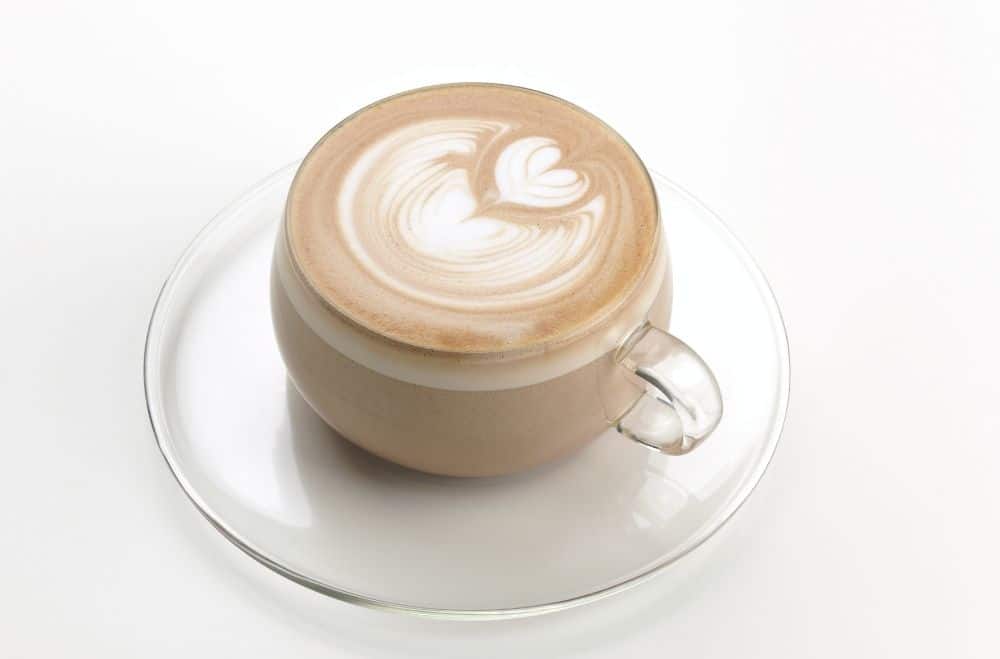 There are more and more specialty coffee shops that will make you an Ovaltine latte. These are popular in several different countries. Even people who don’t much care for Ovaltine like the lattes made with it.

Ovaltine is healthier than different types of chocolate syrup that are used for mocha lattes. Using the Ovaltine chocolate or chocolate lite makes the mocha coffee taste the same but is just that much healthier for you.

For those of us who love a bit of chocolate to make it through the day, people are turning to Ovaltine for a low-calorieÂ sweet boost. It is low in fat and is way fewer calories than most chocolate treats. Plus it is a good source of 12 vitamins & minerals. and has no artificial sweeteners or flavors.

In fact, if you want to see Ovaltine broken down into its nutritional components: 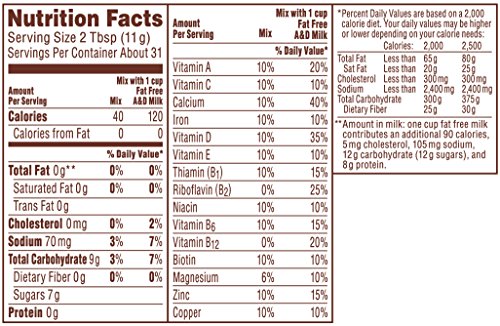 If you compare this to a chocolate bar or even a baked good with chocolate and sugar, you are far better off having a snack made with or just the Ovaltine. If you use it in nut milk, low-fat milk, skim milk, or a dairy alternative you are saving even more calories.

10. Used for More Than Drinking

If you are only using Ovaltine as chocolate or malted milk, you are missing out. There are plenty of other ways you can use Ovaltine in many of your favorite recipes.

People have been known to add it to savory dishes, as well. You may want to experiment with that first, but it is great for kids learning to bake or those who like chocolate but you are leery of giving them too much.

Everything from pudding, to rice Krispy squares, and brownies to pancakes. Use it on your frozen banana treats on a hot day and in your hot chocolate on the cold ones. 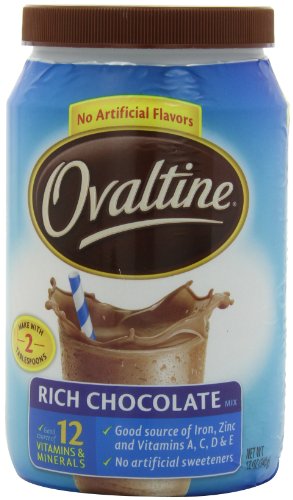 Well, perhaps you found out something new about Ovaltine. Perhaps you are hearing about it for the first time. Either way, now you are ready to try Ovaltine for your next breakfast drink or your next baking endeavor. 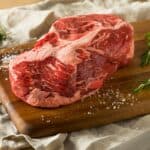 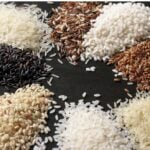