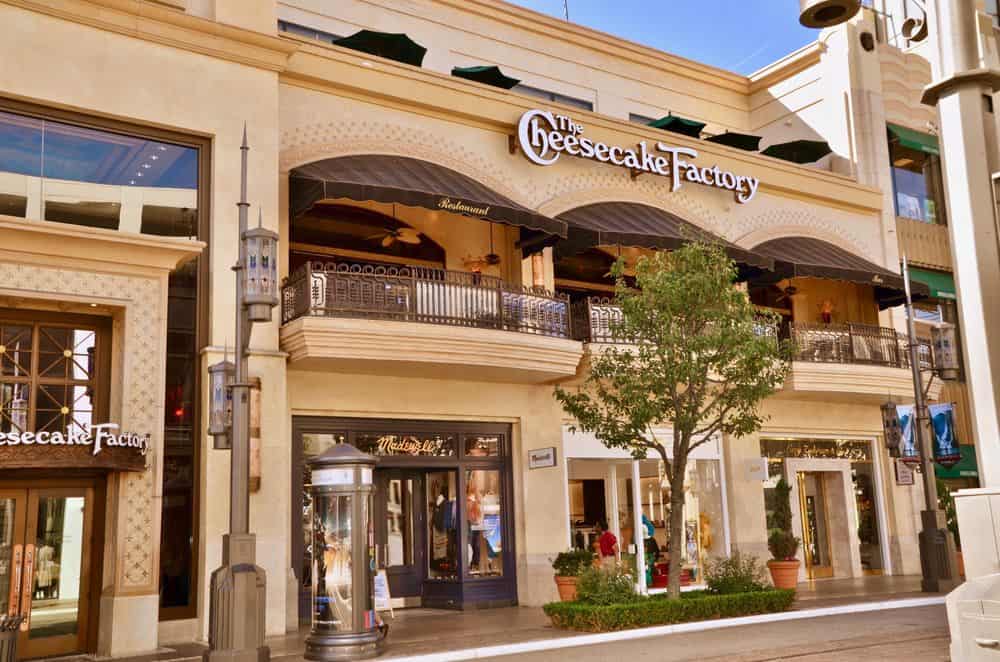 I still remember my first dining experience at the Cheesecake Factory in Chicago. I loved the place. It was large, busy, and comfortable. The menu offered a huge array of dishes. The quality of the food was amazing. The amount of food for the money blew my mind (I’m a big eater and like large portions).

Few restaurant chains enjoy the success that the Cheesecake Factory has. The fact is this place over-delivers in every way.

What I find really interesting is how it transitioned from a dessert place to a full-fledged restaurant without changing its name. It goes to show that quality can overcome any branding issues. If you haven’t dined at a Cheesecake Factory, you gotta go.

1. The Cheesecake Factory has over 40 varieties of cheesecake

The menu features pumpkin and pumpkin pecan cheesecake, which are only available in September in order to get patrons in the mood for Halloween. The peppermint bark cheesecake is available during the holidays.

All of the cheesecakes are made in two bakeries located in California and North Carolina.

4.  Ship cheesecakes all over the world 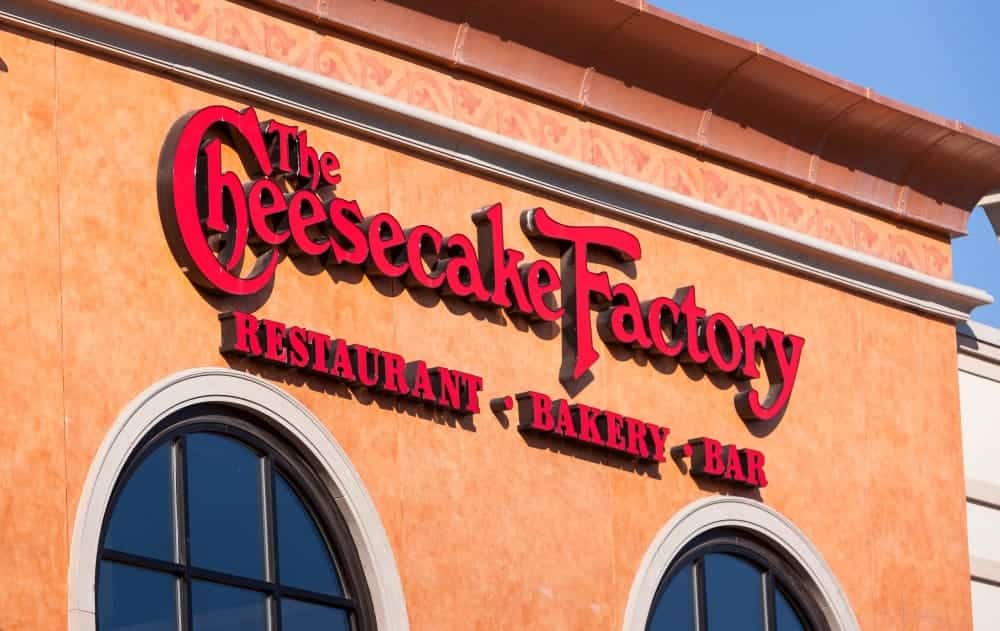 The bakeries freeze the cheesecakes and ship them around the world every day. The original cheesecake that started the tradition remains on the menu. It is simple and extremely delicious.

She found the recipe in a newspaper while looking for a new dish for her family. Evelyn originally only baked for her family and friends. People loved her cheesecakes so much that she started to sell them locally. This led to the current empire, which features dozens of restaurants.

6. The first cheesecakes were made in a Detroit basement kitchen 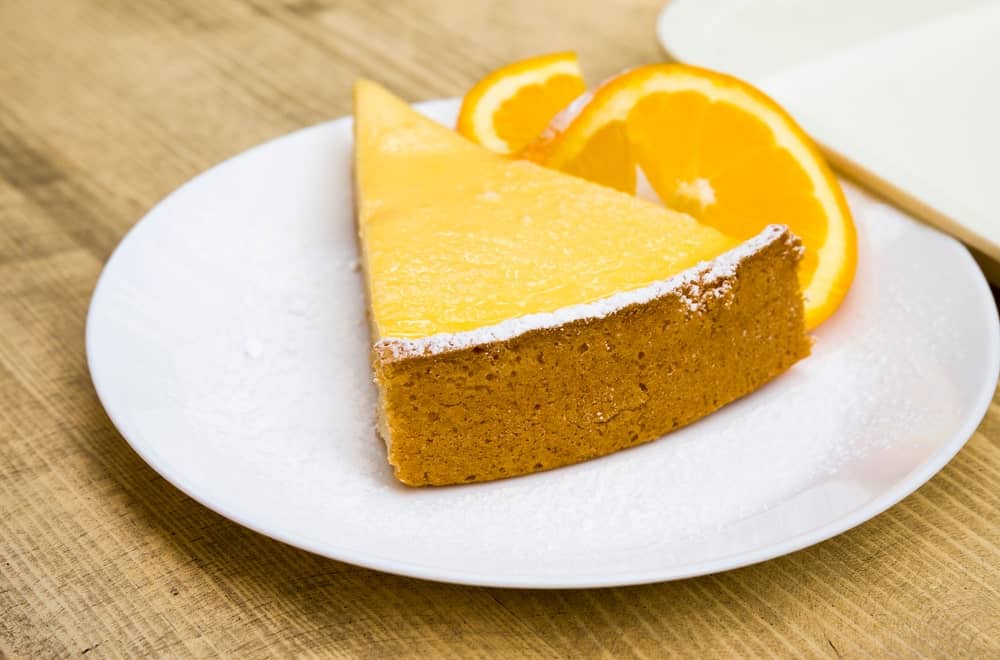 Evelyn used the space to create thousands of cheesecakes. She viewed the area as a laboratory for her creations. Evelyn only intended to make some extra cash at first. Her first bakery was opened after her children were full-grown in 1978 by Evelyn’s son David.

7. David was originally a musician

He left his band to come home and help his parents with their new business. The bakery existed primarily to sell desserts to other restaurants. A couple of years later the concept was widened and made into a full restaurant.

Because of its origin, the restaurant still features more desserts than any of its competitors. The restaurant also has more items on its menu than many other diners. There’s a 21-page menu that offers more than 250 plates. A customer can eat there almost the entire year without tasting the same dish twice. The concept has worked well despite the large serving sizes.

9. The restaurant goes through a shocking number of avocados

Over 3 million lbs of avocado are used in multiple salads and on the burgers and sandwiches.

More importantly, the restaurant has the world’s most famous egg rolls, including avocado egg rolls, Tex-Mex egg rolls, and the egg roll sampler. The samplers allow the customer to try all of the egg rolls and pick their favorites.

The super-foods menu has the plates with the most nutrients and antioxidants. There are mixes of greens and grains that are perfect for healthy, clean diets.

The restaurant makes more than 100 sauces daily. Sauce features are sweet sauce, spicy sauce, hot sauce and so many more. The Tamarind Cashew dipping sauce takes more than one hour to make. The company insists on making everything fresh so the sauces that are served and made that same day. Waste is prevented by putting the sauces up for sale as a single item at the restaurant. This allows customers to use the sauces to spice up their dishes at home.

13. The Overton family is a great “rags to riches” story

The concept began in a family kitchen. The creator never thought that her idea would grow into a Fortune 500 company. She closed her first shop quickly after opening it in order to focus on raising her children. The store reopened with the help of her son. David Overton knew his mom’s recipe was a winner.

15.  Experimented with a self-service location

There used to be a self-service location at Disney World’s Disney Quest. However, the company didn’t renew its contract with Disney so it closed in 2008.

The restaurant is the only company featured on Fortune 100’s “Best Companies to Work For” list for two years in a row.

Everyone has a corporate Health Plan for themselves and immediate family members when they work 25+ hours per week. I used to work in the restaurant industry and health plans aren’t all that common.  Kudos to the Cheesecake Factory.

It donates more than 500,000 lbs of food a year to food rescue programs. Leftover food is donated to the Harvest Food donation program. The program collects food from restaurants and gives them to local shelters and other people with low incomes. The company also raises money for community projects. They put together 2.5 million dollars for the City of Hope.

The carrot cake cheesecake started out as a joke and is now a staple on the menu. There are carrot cake cheesecake recipes everywhere. However, none of them is the original recipe. These must be tested at an official restaurant. The restaurant is always fostering new ideas and adding items to the menu on a regular basis. Not every concept is an original recipe. However, a great deal of them are. Aside from cheesecake, the restaurant also keeps coming up with new burgers and salads.

20. David Overton personally chooses the music for the restaurants

He is a music aficionado and used to be in a blues band called the Billy Roberts Blues Band. They opened for famous artists like Janis Joplin. David’s band was so successful that he was able to put himself through college with the money that he made. His musical background certifies his taste in music as well as food.

David Overton believes that the success of the company is all about staff members, and how they relate to the guests. They consider applicants who have the ability to sell cheesecake. Simple attributes such as bright eyes, a big smile, energy, and the ability to personify hospitality are key factors. These qualities are visible right away.

22. The Culinary R&D Center is located in Calabasas, California

This is where the most talented chefs work to perfect recipes that are presented in restaurants around the world. David Overton comes down for tastings four or five times per week. The chefs then show new menu concepts.

The first goal is to attract them. After getting hired into the company new employees go through extensive training. Most employees spend a great deal of time training at every level due to the sophisticated nature of the operations. There is a great health care program with a company that allows staff to qualify for health care very early in their careers. General managers are offered managing equity partnerships and are given a BMW to drive once they have taken over a restaurant. There are employees who have been with the company for 30 years.

24. The store opening at the Haywood Mall in Greenville, South Carolina created nearly 300 jobs in the local community

The company announced that it would be joining the Haywood family of restaurants. This created a great deal of anticipation. Up to 1,000 special invitees came in to enjoy a meal prior to the grand opening as employees went through a dress rehearsal. There were more than 6,000 applications for the available positions. This allowed managers to select the very best candidates for the jobs. Representatives of the Haywood Mall give the opening credit for reinstalling its relevance in the Greenville community.

25. Has its own culinary research development team

The primary focus is inventing the next “made from scratch” dish for guests. The culinary vision here sets the standard, unlike any other restaurant organization.

Employees wear their blue jeans and sneakers on casual days.

28. Pork and alcohol were removed from the locations that were opened in Kuwait and Dubai

However, the portions are the same size and the entire menu is the same. These Middle East locations began with tremendous success. 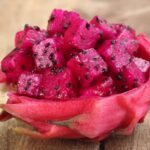 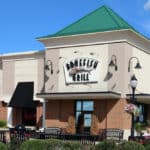