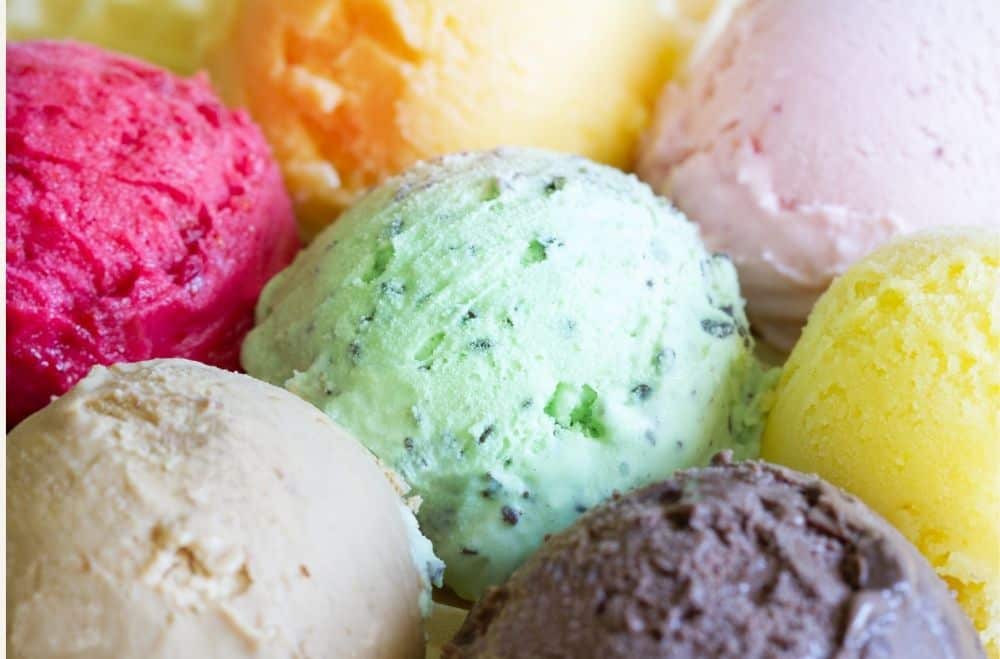 Few ice cream brands are as trusted as Häagen-Dazs. Learn about these must-try Häagen-Dazs flavors that will seriously blow all the other competition right out of the water.

When was the last time you enjoyed a pint of your favorite delicious frozen dairy treat? Häagen-Dazs has been a household name in the ice cream world for decades, and there’s no wonder why. Few brands are as sinfully decadent.

But I’m here to tell you that what you think you know about Häagen-Dazs may not be the truth regarding this company or its many flavors. Let’s jump in and learn a little more. While you’re at it, go ahead and grab a pint to enjoy while you read.

Surely, this well-known ice cream brand has its roots in Denmark, right? And from its Danish-sounding name, isn’t the company Scandinavian, just like Ikea, another favorite store from that part of the world?

Nope – not even a little bit. Unlike your favorite Scandinavian furniture store, Häagen-Dazs was never made in Scandinavia. Instead, it actually has its roots right in the USA – in Bronx, NY, to be exact.

While native English speakers may think the name sounds Danish, Swedish, or Norwegian, the word doesn’t exist in those languages. More on that in a moment!

A Husband And Wife Venture

Häagen-Dazs began in 1961 with two Jewish-Polish immigrants, Reuben Mattus and his wife Rose. They sold ice pops and chocolate-covered ice cream bars in the Bronx. Their first three flavors were basic: vanilla, chocolate, and coffee.

Why Häagen-Dazs Is So Expensive 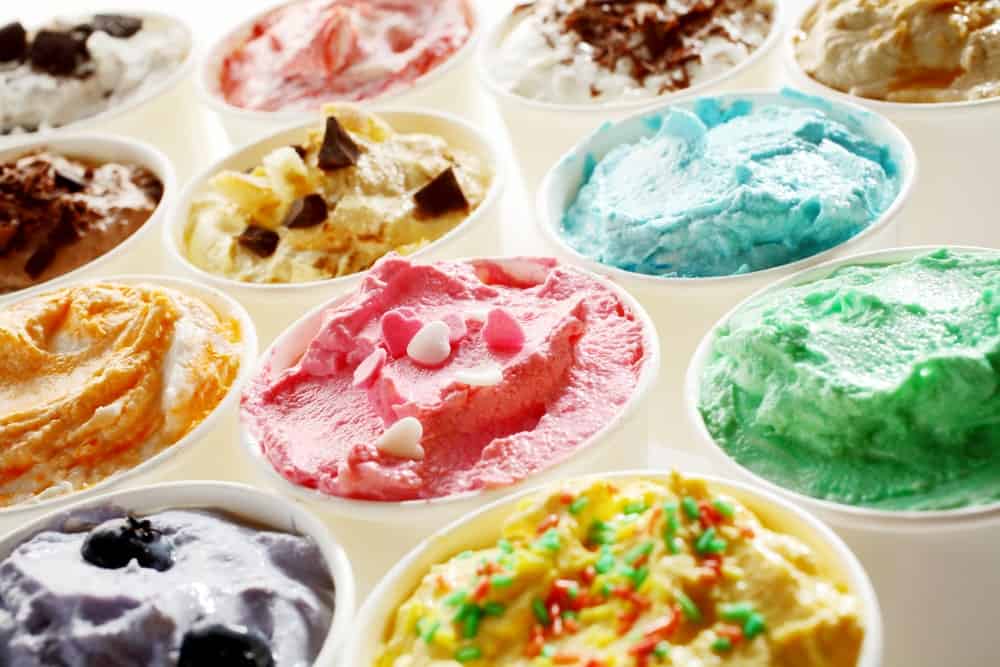 After a while, they started making ice cream to sell to local grocers but found it to be a challenge to sell alongside national brands such as Breyers. Mattus believed that customers would be willing to pay more for rich, high-quality ice cream over a large national brand that sacrificed quality for a lower cost.

Mattus’ belief was that if you were going to enjoy some ice cream, you should have an indulgent and fulfilling experience, rather than simply be satisfied with a cold, sweet, inferior product. He wanted to use the highest quality ingredients to make the absolute best ice cream.

He developed an ice cream that contained a higher butterfat content with less air mixed into it. Further, his ice creams contained no additives and only used basic, high-quality ingredients.

His vision worked, and by 1973, Häagen-Dazs was shipping pints of their rich and creamy ice cream around the country. On November 15, 1976, they opened their first retail store in Brooklyn, New York.

Pillsbury acquired the company in 1983 and began shipping Häagen-Dazs to countries around the world. Pillsbury was later purchased by General Mills, but the deal granted licensing rights of Häagen-Dazs in the US to Dreyer’s, a Nestlé subsidiary.

Meaning Of The Häagen-Dazs Name

One question on the top of many people’s minds is, “What does Häagen-Daz mean in English?” As it turns out… it means absolutely nothing.

Reuben Mattus worked hard to come up with an original and unique name. He thought that having a Scandinavian-sounding name would make the brand stand out in a favorable way and convey the sense of “old world traditions.”

As the story goes, Mattus spent a lot of time trying different word and sound combinations until he came up with something he liked. He added the umlaut over the “a” even though the accent mark doesn’t exist in the Danish language.

The result: A made-up word with no origin in North-Germanic languages and also has no meaning in English or any other language!

Now that we have a sense of the history behind the brand, let’s dive into the good stuff: Häagen-Dazs ice cream flavors!

The Flavors Of Häagen-Dazs

Häagen-Dazs keeps track of their most popular flavors, both in the stores and in online searches. The results are interesting, to say the least.

One of the brand’s original flavors, vanilla, is one of the most popular and widely produced flavors around the world. The downside to a very popular flavor is that it’s even more difficult to make it stand out. But, Häagen-Dazs managed to do it with flying colors.

Thanks to the high-quality ingredients and difference in the manufacturing process, Häagen-Dazs makes exceptionally delicious simple flavors. The second of three of the original Häagen-Dazs flavors, coffee, is simple yet divine. If you enjoy a good cup of joe, you’ll love this flavor.

Often the top three flavors are some order of strawberry, vanilla, and chocolate. That trio covers all the bases when it comes to basic flavors. And while super popular classic flavors such as strawberry and vanilla are hard to improve upon, Häagen-Dazs managed to do it.

One bite of their version and its combination of rich cream and sweet berries will knock your socks off.

This bar falls on the list of the best Häagen-Dazs flavors and stands out because it’s not a scoopable flavor. Instead, the bar is smooth, sweet vanilla ice cream covered in a chocolate coating with roasted almonds for a deliciously crunchy shell.

A rich twist on an already indulgent classic – sweet cream is filled with buttery roasted pecans. It’s sweet. It’s buttery. And, it’ll keep you coming back for more.

Now, if you’re like me, you likely noticed that this list of the top 5 Häagen-Dazs ice cream flavors contains classic flavors with few surprises.

Why did vanilla top the list? Well, the answer’s not clear. But, given how turbulent and uncertain 2020 was, perhaps ice cream lovers wanted something classic and familiar or decided to go a little crazier with their toppings of choice.

Or, maybe it was to put on top of all those apple pies everyone suddenly had time to bake! 😉

I love to compare “best of” lists for consecutive years to see the ebbs and flows in the popularity of different items. When comparing the 2020 flavors list to the 2019 list, the differences are interesting, indeed.

Nothing beats the blend of sweet vanilla cream with crunchy chocolate Oreo cookie chunks. Vanilla and chocolate are a powerhouse combination, then add in the textures from the cookie bits, and it’s obvious why this flavor claimed the top spot on the favorites list in 2019.

Is there really any question about why classic vanilla regularly lands in the top five Häagen-Dazs ice cream flavors? Vanilla fans have long fought off the claim that vanilla is boring. Trust me, Häagen-Dazs vanilla is anything but.

An exotic-sounding name, right? Don’t let this caramel-based ice cream fool you – it’s simple yet mighty. This flavor is a must-have for anyone who loves caramel. In addition, thanks to the increasing popularity of caramel-based flavors, this is one you’re likely to see on “best of” lists for many years to come.

If you’re in Camp Chocolate, Häagen-Dazs Belgian Chocolate is a must-try. It exceeds expectations by combining rich, creamy chocolate ice cream with shaved bits of Belgian chocolate to deliver a textured ice cream bursting with a decadent chocolatey flavor.

Depending on which polls you look at, chocolate rules over all the other flavors as King. It’s a flavor that is simple in theory but surprisingly complex in reality. Häagen-Dazs delivers a high-quality version that is far superior to the low-quality competition.

I think it’s very interesting that vanilla is the only flavor to make this Top 5 list two years in a row. However, there are some other highly popular and interesting flavors that help round out the top 10.

With the growing popularity of all things caramel, as well as the current popularity of Dulce de Leche, Häagen-Dazs knows a good thing when it sees one. Blending creamy caramel ice cream with swirls of caramel and chocolate-covered cone pieces gives a rich, decadent ice cream flavor profile that will make your taste buds hum in enjoyment.

Green Tea ice cream may have its place in ice cream shops around the world, but it’s not a common flavor in the US. This Häagen-Dazs flavor is not your average cup of green tea in frozen treat form. It’s a delightfully delicious balance of sweet, light, and fresh to provide a more guilt-free choice from the brand that excels at delivering near sinful decadence.

I dare you to name a flavor combination more classic or beloved than chocolate and peanut butter. I can’t think of one. Just check out all the different candies out there bursting with chocolatey peanut butter goodness. (I’m lookin’ at you, Reese’s!)

If you love a good blend of fruit and white chocolate, run – don’t walk – and buy a pint of White Chocolate Raspberry Truffle. It’s tangy, sweet, and full of fudgy truffle chunks to provide a very satisfying flavor experience.

With all of these amazing flavor options, is it any wonder why Häagen-Dazs is so good?

Not only does the company track its most popular flavors that people enjoy in their stores, but it also tracks the most-searched-for Häagen-Dazs flavors on its website. Here are the winners for the Top 5 List in 2019:

Did any of these surprise you? Rum Raisin certainly stands out…

New Häagen-Dazs Flavors To Watch For

Not long ago, Häagen-Dazs introduced a new line of boozy flavors including Bourbon Vanilla Bean Truffle and Amaretto Black Cherry Almond. Keep an eye out for them at your local Häagen-Dazs store because they just may make next year’s Top 5 list!

Häagen-Dazs may be established and trusted, but the brand isn’t resting on its laurels. In addition to the recent spirits-inspired flavors, other new flavors are hitting the market. 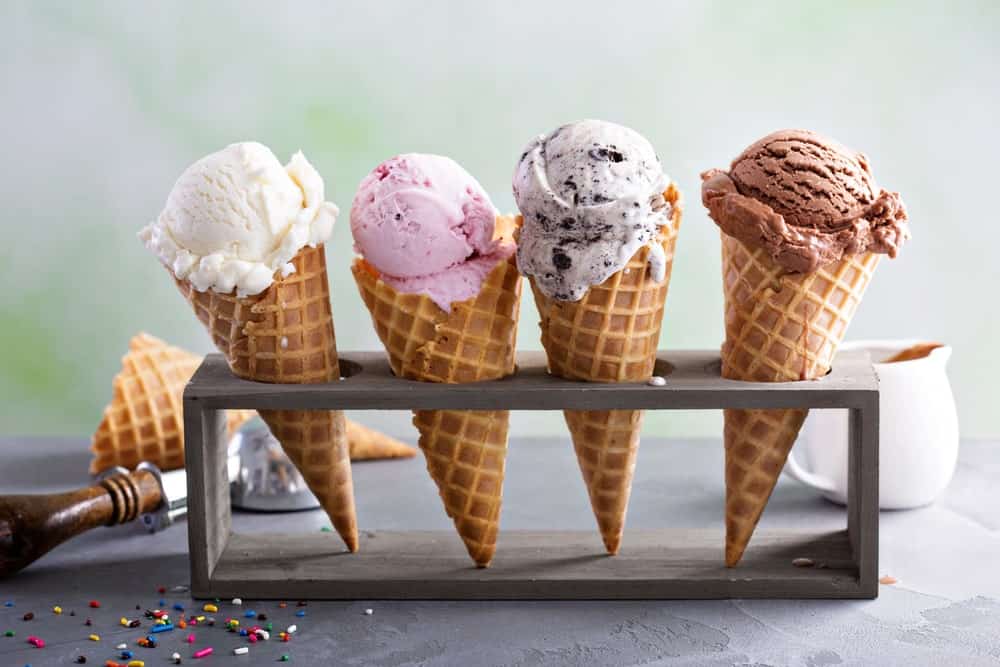 Most ice cream brands find that they need to retire flavors once in a while. Here are a few, and you can find the complete list in Sweet Memories. (If you click on the retired flavor, current similar flavor options will be presented.)

Reminiscent of the dense custard with a crunchy caramelized sugar topping from France, this ice cream flavor was a creamy custard containing contained swirls of caramel. It was retired in 2016.

A flavor combination like this one sounds like a sure thing, but sadly people didn’t seem to take to it as the company had hoped. A flavorful blend of peanut butter ice cream mixed with chocolate-covered peanuts and swirls of salted fudge. It was introduced in 2017 and retired not long after that.

This Häagen-Dazs flavor blended the flavors of a tres leches cake from Latin America with that of Brazil’s Brigadeiros confections. The result: tres leches ice cream with swirls of sweetened condensed milk and cocoa sauce.

Other than pistachio, I’ve never heard of such a nut-based ice cream flavor. This creamy vanilla with hints of earthy black walnuts was unusual, to say the least.

Flavor preferences – especially with ice cream – are very subjective, and Häagen-Dazs works tirelessly to deliver on all ends of the ice cream flavor spectrum. They have everything from classics like strawberry, vanilla, or chocolate to whimsical and exotic like Green Tea and Rum Raisin.

No matter where you sit on the spectrum, at the end of the day, we all love delicious high-quality ice cream! 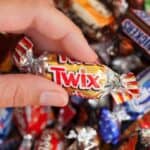 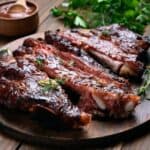