Stracciatella — now that’s a word that one might struggle to pronounce. The phonetic spelling is “strac-ciatel-la” in case you were wondering.

You may know it as a delicious gelato flavor, but there are multiple recipes around it, from soup to cheese to dessert.

A Bit of History

The term itself comes from the Italian word “strattore” which means “to rip, stretch, or tear up.” This is a pretty apt description of how the cheese is made, and what the soup looks like.

Stracciatella soup was developed and served on menus first. It can be traced all the way to Rome, a century or two ago. Back then, the Romans made the most of their leftover Christmas soup by adding eggs, parsley, and parmesan to give it a rich flavor. The grated cheese lent the soup a streaked look, earning it the term “stracciatella”.

The history of stracciatella cheese takes on a similar narrative, in that it was developed to make use of mozzarella leftovers. It originated in Foggia, a region in Northern Puglia known for its cheese production. It was made by scraping the fatty part on the cheese curd and adding in fresh cream and salt. The result: a decadent and milky type of cheese that many know and love to this day.

Regardless of which may have come first — the soup or the cheese — one thing that we do know is that stracciatella was born out of ingenuity and the refusal to throw away good food.

What is stracciatella soup? 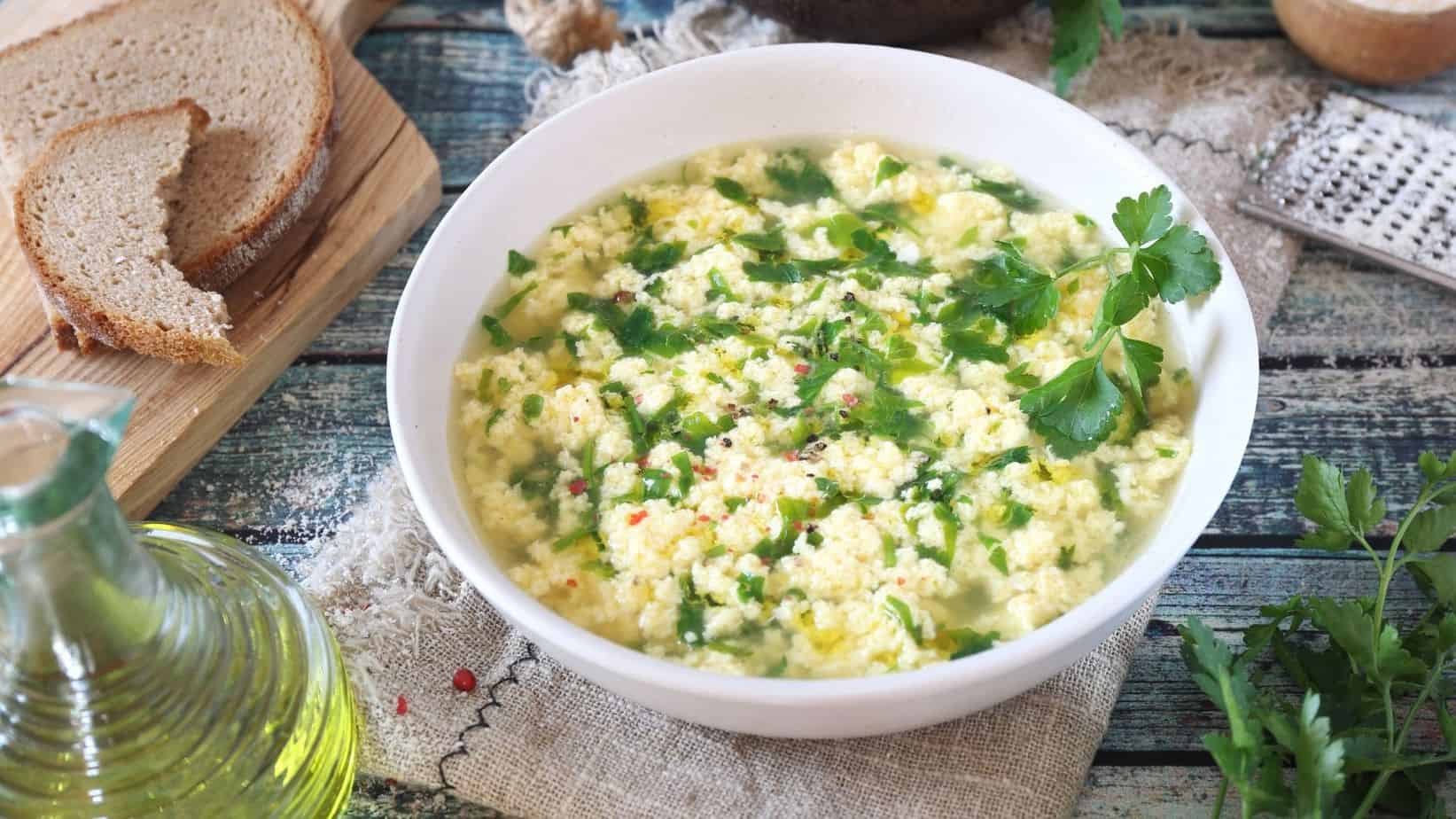 You make it by adding shreds of beaten egg and grated parmesan or mozzarella cheese to boiling meat broth, stirring constantly. This results in little shreds of cheese and egg on the soup. Pepper, salt, parsley, and lemon zest may be added for extra taste.

What is stracciatella gelato?

Now, this is a version of stracciatella that you might be more familiar with, and we have Enrico Panattoni to credit for this wonderful treat. He ran a small pastry shop in Bergamo with his wife, Oriana. Stracciatella soup was a popular dish on his menu, but he eventually ventured into making a sweeter and more refreshing version of it called stracciatella gelato.

Stracciatella gelato is basically the more sophisticated version of American chocolate chip ice cream. It is made out of egg-based custard that makes for a sinfully smooth cream base. And, instead of chunks of chocolate chips, melted chocolate is drizzled on. The chocolate drizzle solidifies into finer bits of chocolate that lend the gelato a crunchy and exciting factor.

What is stracciatella ice cream?

Ok, you might be thinking, “how is stracciatella ice cream different from gelato?” The answer is that they are not entirely different from each other.

Allow us to put it this way: in general, Italian gelato uses less cream and more milk compared to ice cream. It also doesn’t use egg yolks to thicken the cream base. However, the gelato, developed by Panatonni, uses egg yolks. In fact, the stracciatella gelato is basically a rich vanilla custard that is frozen and served with chocolate flakes.

What is stracciatella cake? 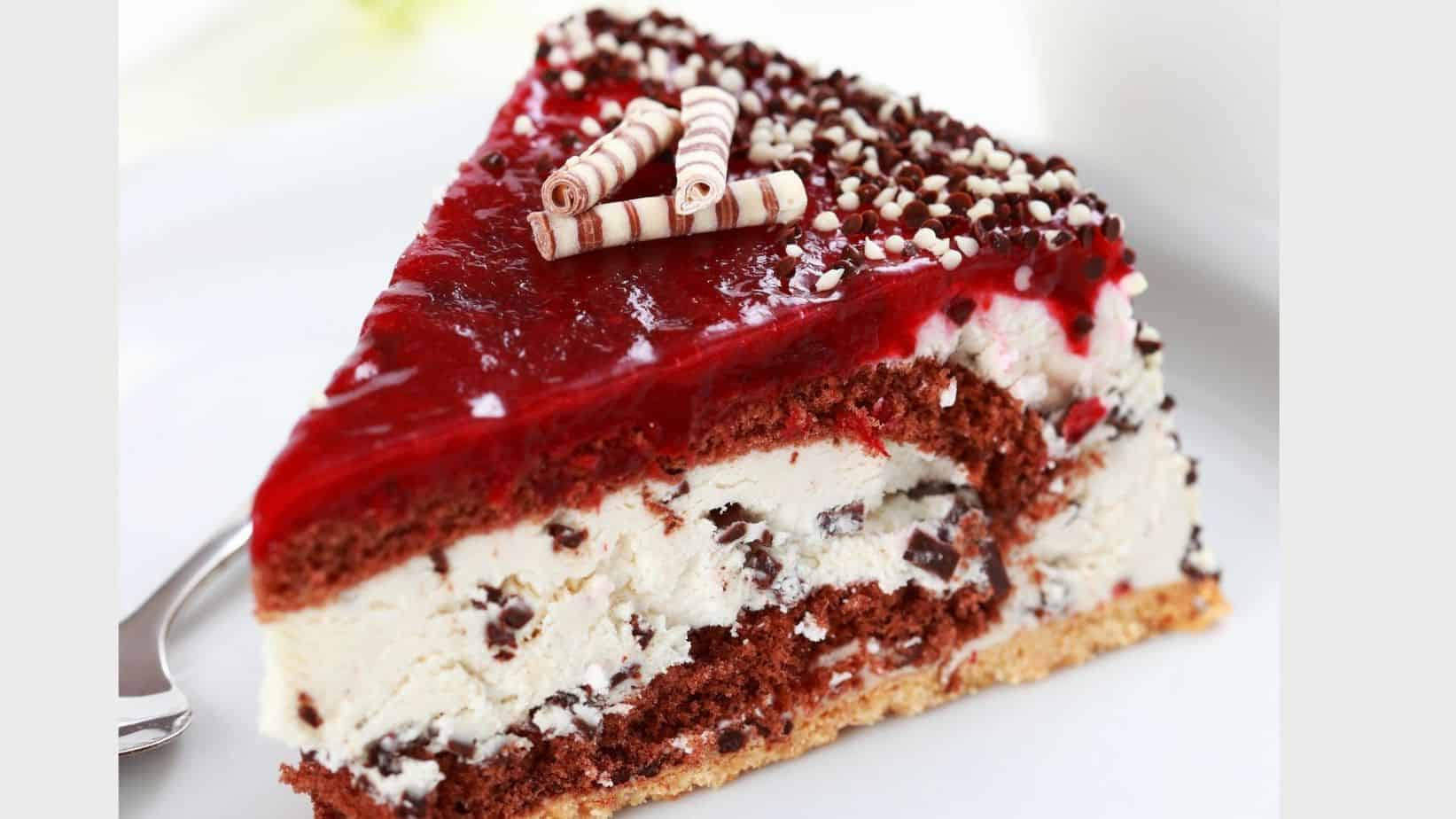 A stracciatella cake is a simple yet decadent dessert that is rich, creamy, and reminiscent of our grandmas’ kitchens. Check out this delicious stracciatella cake recipe from the Hallmark Channel. This is one of our favorite recipes over here at Home Perch!

Where can I get stracciatella gelato?

Of course, there’s nothing quite like the authentic experience that the La Marianna Ristorante, home of the original stracciatella gelato, can give you. If you’re in the area or are planning a trip to Italy, be sure to include this in your itinerary.