When it comes to barbecue, nothing beats a full rack of ribs. When cooked correctly, this cut of meat can be a life-changing culinary experience, especially when it falls off the bone.

However, we’re not going to talk about traditional pork ribs. Instead, we’re going to look at how to cook boneless country style pork ribs on a gas grill. If you haven’t dealt with this style of pork before, don’t worry – we’ll walk you through the different steps to turn a raw piece of meat into a succulent dish that everyone will love.

The name for this meat is a bit misleading because it doesn’t come from the rib section of the hog. Also, the idea of boneless ribs seems a bit counterintuitive. These “ribs” come from the pig’s shoulder, where the meat is both fatty and flavorful. Butchers call this meat “ribs” because its flavor profile and consistency are similar to pork spare ribs.

Sometimes, this cut of meat will have some bones inside, but they’re not actually ribs. Instead, these bones come from the shoulder blade and scapula. If you notice bones in your boneless ribs, you can usually cut them out or eat around them after the fact.

The primary benefit of boneless country style ribs is that you get more meat overall since there’s less bone. Better yet, because the meat is similar to spare ribs, the taste is pretty much the same.

Any grillmaster or chef worth their salt will tell you that the secret to great meat is the preparation. The more time you spend seasoning and marinating your ribs, the better they’ll taste. The two main elements you’ll need are a rub and a marinade.

A dry rub is a blend of salt and other seasonings that you massage into the meat. If you’re using a marinade on top of the rub, you’ll want to let the herbs settle into the pork for a few minutes before adding any liquid. Otherwise, your flavors will get washed off the ribs as soon as you dip them into the marinade.

For best results, we recommend seasoning and marinading your ribs for at least four hours before you plan to cook them. Doing this allows the flavors to seep into the meat, making it juicier and tastier.

Fast Grilling vs. Low and Slow

One factor to point out with boneless country style ribs is that the meat is leaner than standard spare ribs. So, you run the risk of drying the meat out by overcooking it.

For this reason, we recommend fast grilling. While you can cook regular ribs for hours over indirect heat, using that process on boneless ribs can yield much less tasty results. In some cases, you might wind up with some pork jerky instead of a rack of succulent, juicy ribs.

Don’t feel like making your own rub? Try this delicious premade rub that is available on Amazon.

Don’t feel like making your own marinade. Try this delicious premade marinade available on Amazon.

Step One: Prepare the Grill 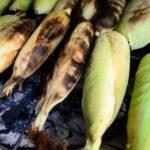 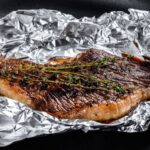