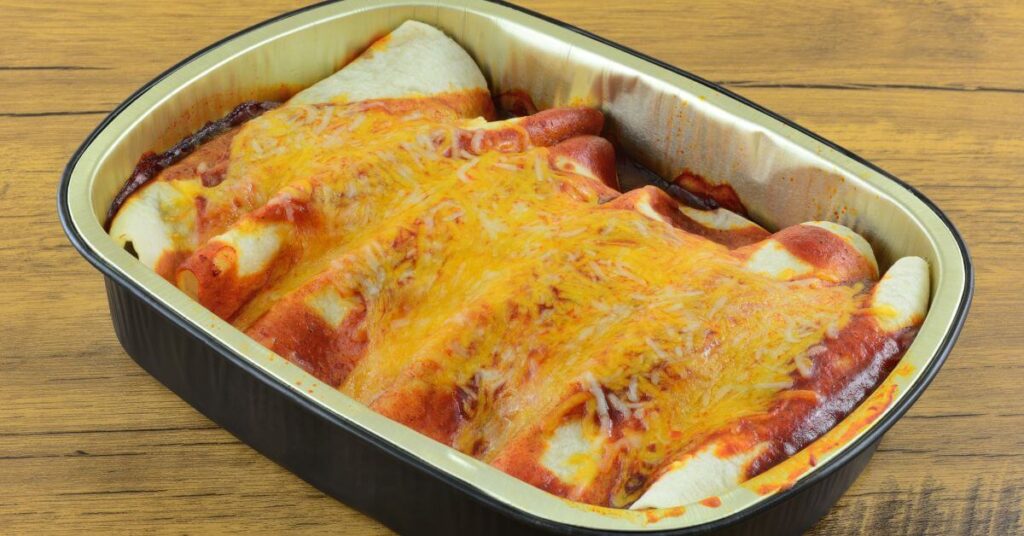 Enchilada sauce is a staple ingredient in Mexican cuisine, and the flavor and texture of your sauce can make or break your dish. As much as we would want to make our own homemade enchilada sauce, preparing it from scratch can add extra time. You’d first have to toast dried chiles, then soak them and blend them into a sauce.

What is Enchilada Sauce?

Overall, enchilada sauce is zesty and full of flavor. You can bake it smothered with enchiladas, drizzle it over tacos, or use it to enhance the filling in burritos or chimichangas.

Ways to Use Canned Enchilada Sauce

Canned enchilada sauce can be used in various ways. It is most traditionally and commonly used as a base for enchiladas, but it can also be used to make a wide range of other Mexican dishes. To use it, all you have to do is heat it up and add it to your dish. Simple!

After cooking your beef, stir in 1/2 cup enchilada sauce and chiles in a skillet over medium-high heat. Then spread 1/2 cup evenly at the bottom of a baking dish, placing the stuffed enchiladas on top. Sprinkle some cheese on top and bake for 20-25 minutes or until hot and bubbly.

Add an entire can of enchilada sauce to some cooked ground beef and let it simmer on medium-low in a skillet. Once thickened, you’ll have the best, most flavorful meat for your tacos!

Brown some ground beef with diced onion and season with taco seasoning. Next, build your burrito to your liking and roll up your burritos. Place them in a skillet to bake for 25 minutes. Pour your enchilada sauce over the burritos and sprinkle on more cheese. Then continue baking the burritos for about 15 minutes until the cheese melts and the sauce is bubbly.

Little effort is needed to make the best-canned enchilada sauce. However, if you’d like to elevate your canned sauce to become restaurant-quality, the following ingredients will certainly get you there! Here are some of our secrets to making the perfect enchilada sauce.

Onions and garlic will help give your enchilada sauce a deeper, more robust flavor. Just sauté them in a bit of oil until softened, then add them to the sauce.

Canned enchilada sauce can sometimes have a bitter taste. Sweeteners like sugar and Agave syrup will help remove any bitterness and bring out the vibrance of the other ingredients.

Only a few know that Mexican chocolate is a traditional ingredient in enchilada sauce. You only need a small piece or an eighth of a circular tablet of Mexican chocolate to give you that real, authentic taste.

Many canned enchilada sauces can come out watery, but you can easily thicken up the sauce by heating some butter in a saucepan until it becomes foamy. Then add some flour and vigorously stir before adding in your enchilada sauce. Next, pour in some chicken broth and sprinkle on some salt. This will create a roux, so your sauce is nice and thick.

Something as simple as fresh cilantro can brighten up your enchilada sauce’s flavor and give the fresh, herby taste of a homemade sauce.

Try roasting your own chili peppers and incorporating them into the sauce! This will make your enchilada sauce taste smokey while adding a kick of heat.

Adding acidity to your sauce is another way to reduce the heat and bitterness of the sauce. Lime or lemon juice works great for this, but adding vinegar or tomato sauce will also neutralize the fiery-heat flavor.

Spices such as chili powder, paprika, dried onion flakes, palm sugar, cumin, and garlic powder will amp up the flavor profile of your enchilada sauce and make it taste less bland.

Adding dairy, like sour cream and yogurt, to your enchilada sauce will help cool down the heat if it’s too spicy.

Go the traditional route and add dried guajillo peppers to your enchilada sauce. It’s full of flavor and isn’t as spicy as other peppers used in enchilada sauce. Just rehydrate them in hot water, remove the stems and seeds, and puree until smooth.

Yes. Although it’s canned, it can only be stored for up to 18 months. However, if you store it in a dry, cool pantry, you may be able to keep it for up to two years. A can of opened enchilada sauce will last 2 to 3 days at room temperature, a week in the fridge, and up to 3 months in the freezer.

Yes. Canned enchilada sauce is usually spicy. But, of course, the level of spiciness varies depending on the enchilada sauce brands you use. We recommend tasting the sauce before using it if you are sensitive to spice.

What is the difference between the taste of green and red enchilada sauce?

Red sauce has a spicy, earthy flavor, while green sauce has a mild, fresh taste. Either sauce can vary on spice levels depending on the brand or type of enchilada sauce you have.

What is authentic enchilada sauce made of?

To make a traditional enchilada sauce, don’t use any tomatoes. Instead, all you’ll need dried chiles, garlic, salt, and Mexican chocolate.

Many of these tips only require a few more minutes of prep time, making for a quick and easy enchilada sauce recipe that is also delicious. Enjoy! 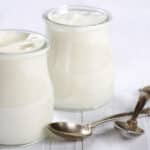 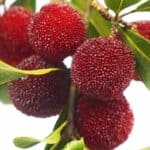