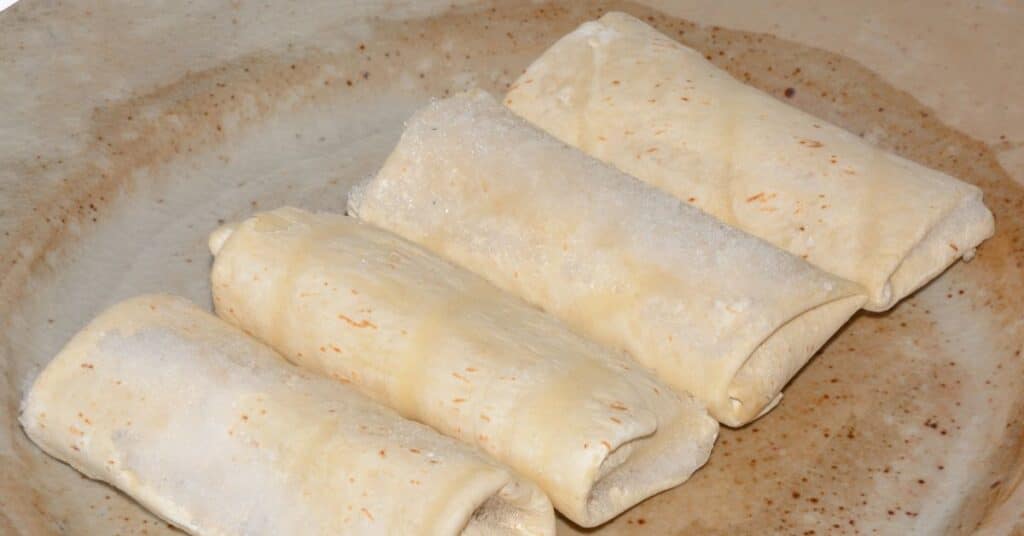 If you love burritos but want them to taste just as good at home as they do at a restaurant but without all the work, keep reading. Here’s how to make frozen burritos taste better.

The problem with most frozen food is that when we go to reheat it, it expels moisture, making the entire dish soggy. This can be especially apparent when using a microwave because the microwave heats but doesn’t crisp things up.

To remedy this issue, try adjusting your cooking method when making a frozen burrito. One cooking method that works fabulously for frozen food is the air fryer.

An air fryer is really just a small convection oven, but it’s perfect for breathing new life into frozen foods because of the way it’s cooking inside. Heat is rotating around your food, leaving it with a delicious crispy exterior and a perfectly cooked interior. This will give lots of life to your frozen burrito.

Of course, not everybody has an air fryer, but the same principle still applies. There are lots of better cooking methods for making a frozen burrito than using a microwave.

If you don’t have an air fryer, you can use a standard oven. The standard oven will also leave you with a crispy frozen burrito, giving you that delicious hard texture you’re after in the delicious Tex-Mex food.

If you do have a convection oven, try heating your burrito on the convection setting, as this will essentially be like using an air fryer. But don’t be discouraged if you just have a conventional oven because you’ll still be able to get that crispy texture that you just don’t get from a microwave.

The final alternative cooking method worth exploring is the stove. The stove top is not the first thought for many people when heating a frozen burrito, but it does work. It will require a little bit of monitoring and making sure that the inside is cooked through, but with the right pan and heat control, it’s totally achievable.

If your frozen burrito was particularly thick and you’re worried about the inside not getting cooked all the way through, you can always cut your frozen burrito. This may cause the insides to stick to the pan, but with some olive oil or a nonstick pan, you should be good to go, and you’ll have a tasty burrito with great texture.

Turn into a Casserole

One option is to turn your frozen burritos into a casserole. With just a little bit of doctoring up, these frozen burritos can turn into a tasty dish. Line them in a 9×13 baking dish, add some taco seasoning and cheese on top and bake until cooked through.

For an extra flavorful bite, broil the cheese uncovered for about five minutes before serving. This will give your burritos that lovely texture you’re after and add some extra taste. Plus, you’ll have everyone convinced that you are a master chef when in reality, it only took you five minutes to assemble.

Turn Them into Enchiladas

In the same line of thinking, try turning your frozen burritos into enchiladas. This could be an enchilada casserole or just normal enchiladas depending on the ingredients. By using the same method as a casserole, just making the careful substitution of enchilada sauce for taco sauce, you’ll have a stellar enchilada meal with minimal effort.

Another problem with frozen burritos is that they don’t come with all of the fixings that make for a delicious meal. To truly elevate your frozen burritos, try topping yours with some nacho cheese.

This can be a simple store-bought solution, or it can be in the form of a delicious queso dip that you made yourself. No matter what you choose, adding nacho cheese will give your frozen burrito tons of flavor and texture.

This is especially great if you have cooked your frozen burrito in an air fryer or the oven, as it will balance the crispiness.

Dip in Guacamole or Salsa

Nacho cheese isn’t the only go-with for a frozen burrito that will instantly make it tastier, though. Get yourself a ramekin of guacamole or salsa to dip with your burrito.

These are especially great options if you want to dip your frozen burrito because they add some freshness to your bite. Instead of having something heavy and stale, you’ll have a light bite from the avocados or tomatoes that brighten up the burrito and make you feel just a little bit healthier.

Turn into a Salad

If you’re still not quite satisfied with guacamole and salsa for a health kick, try turning a frozen burrito into a salad. Once your burrito is cool enough for you to touch, cut it into smaller pieces and throw it atop a bed of greens. Mixed greens, spinach, romaine lettuce, or even iceberg make a perfect partner to a frozen burrito and give you some more nutrients in the process.

Just Use the Insides

Again, don’t feel like you have to use your frozen burrito just as it is. If you are someone who prefers the insides of the burrito to the outside, discard the tortilla and use it for something else. 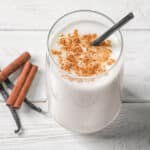 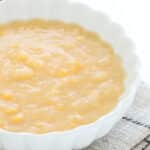