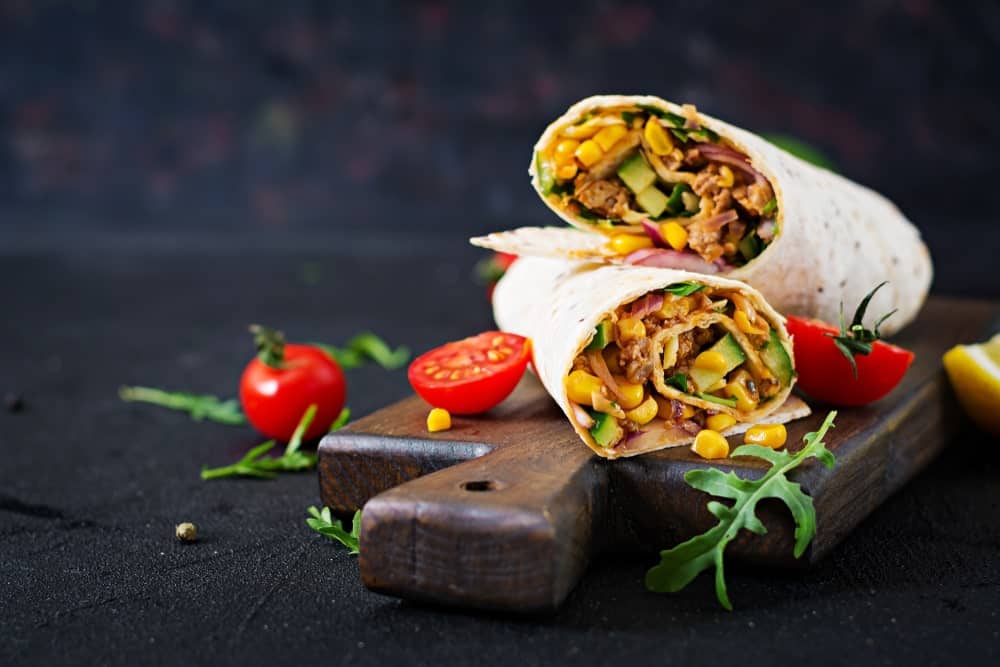 If you are a food lover—or to be specific, a Mexican food lover—you must be familiar with “burritos.” Burritos are a staple menu item in many Mexican-American restaurants as they are versatile, portable, and oh-so-tasty! They make for a nourishing and wholesome breakfast, lunch, and dinner and are loved by children and adults alike.

Are you curious to learn more about burritos? Here we’ve covered interesting facts that you may not know about this popular Mexican dish. So, here we go! 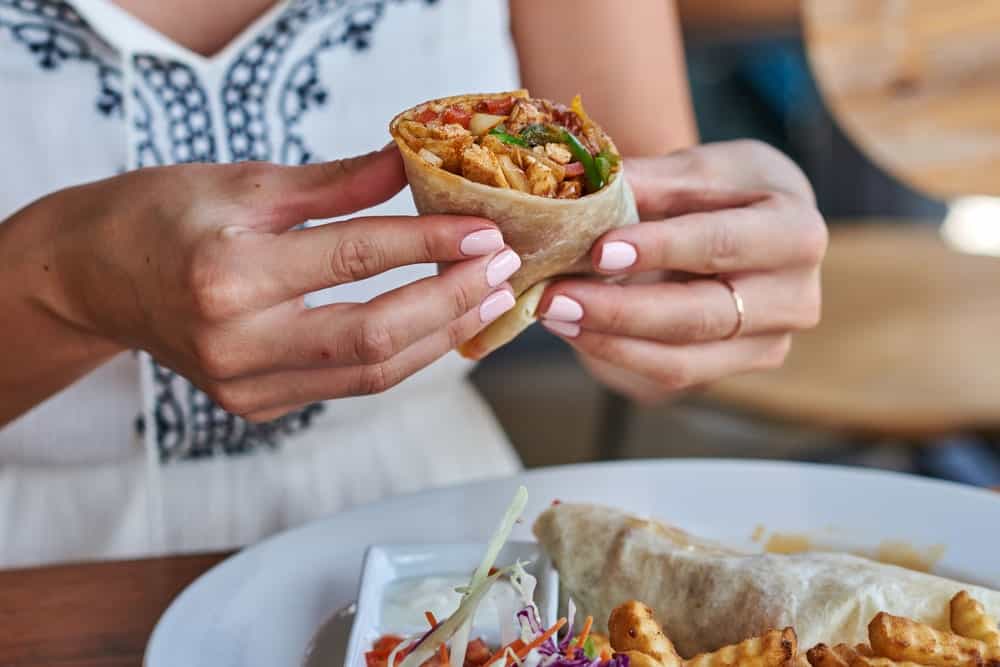 The reason why “burrito” has this meaning is unknown. However, the most wide-spread theory behind it is that it was served out of the back of the donkey cart. There are several other theories for why burrito means a “little donkey”. According to a popular theory, a burrito resembles a donkey’s ear. Another theory suggests that burritos look like the bedrolls which donkeys used to carry around. 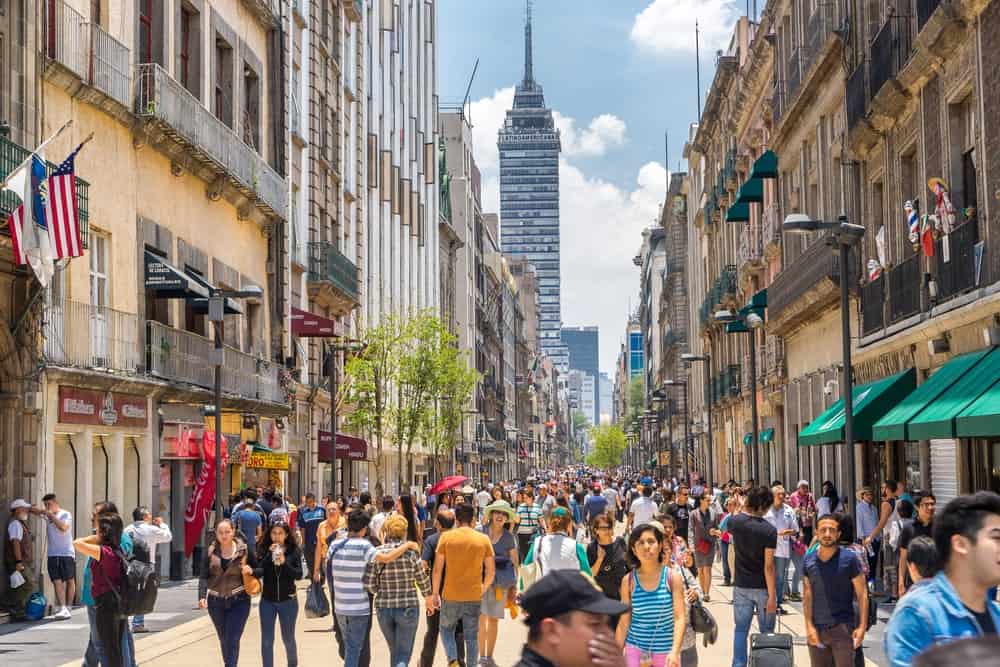 Burritos originated in Northern Mexico as wheat was exclusively grown there at that time. As farther you go in Mexico, more toward Southern areas, the fewer traces you will find of this epic Mexican dish.

The mention of burritos was first recorded in The Dictionary of Mexicanisms, also known as the Diccionario de Mexicanismos, in 1895. The glossary describes burrito “a rolled tortilla with meat or other ingredients inside “coçito” in Yucatán and “taco” in the city of Cuernavaca and in Mexico city”.

3. Some Suggest Burritos to be a War Food 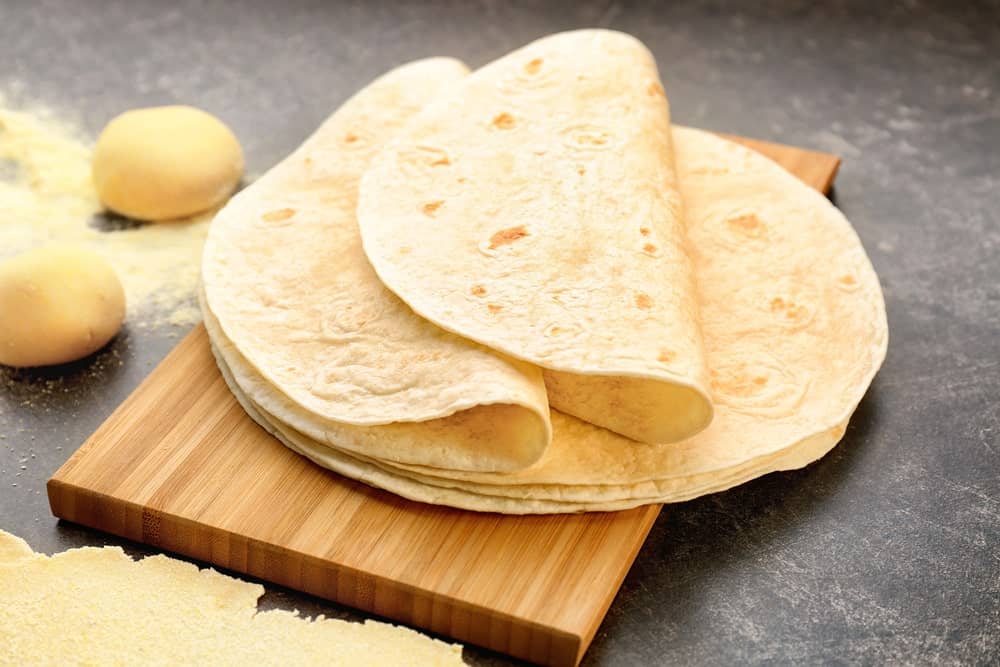 It is widely believed that in the early 1900s, during the Mexican Revolution, Americans were introduced to burritos as a “war food”. In order to keep the food warm, it was wrapped into a cylindrical-shaped flour tortilla as opposed to a corn tortilla.

FYI, a flour tortilla is longer and wider in shape and higher in fiber, vitamins, and minerals as compared to a corn tortilla.

4. The U.S Menu First Introduced Burritos in the 1930s 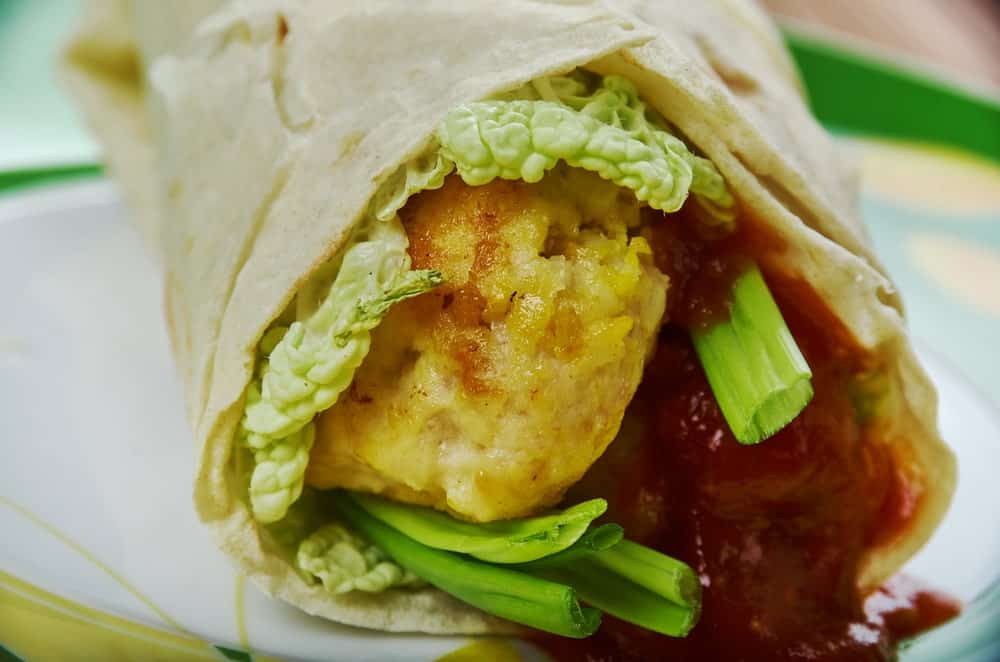 Burritos were already making rounds in many American states before they made it to the U.S. menu in the 1900s. The first U.S. restaurant that featured burritos was the El Cholo Spanish Café in Los Angeles.

California is still known for its mouth-watering burritos, especially the Mission burrito. It happens to be the most popular type of burrito in the United States.

5. The Term Burrito First Appeared in the English Dictionary in the 1950s 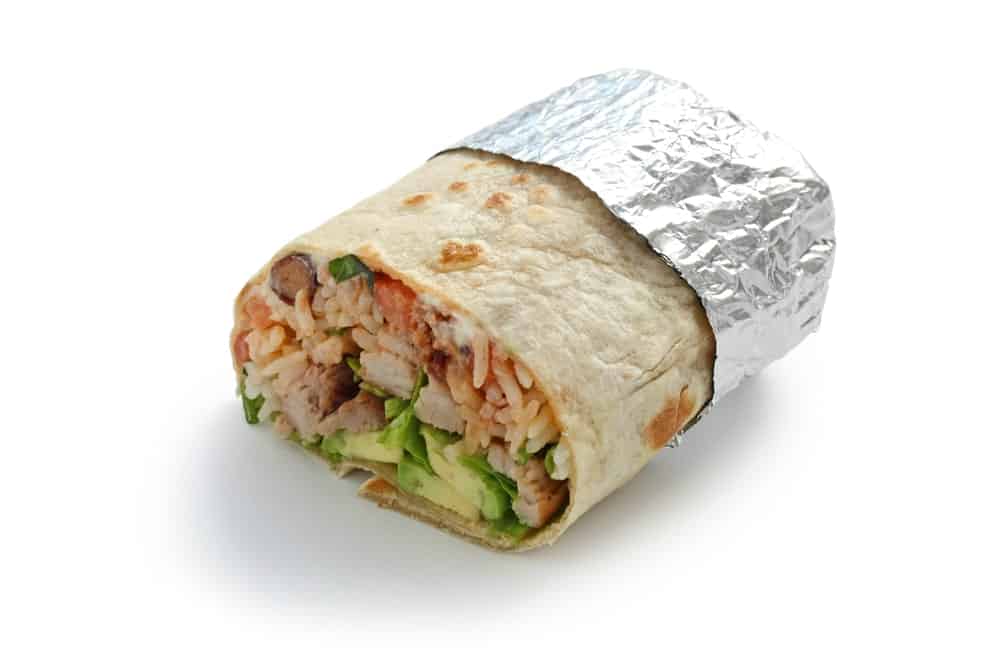 Once burritos made their way to the U.S. menus, they soon appeared in the Oxford English Dictionary in 1958.

6. Chipotle is the Best Place to Fulfill Your Burrito Cravings 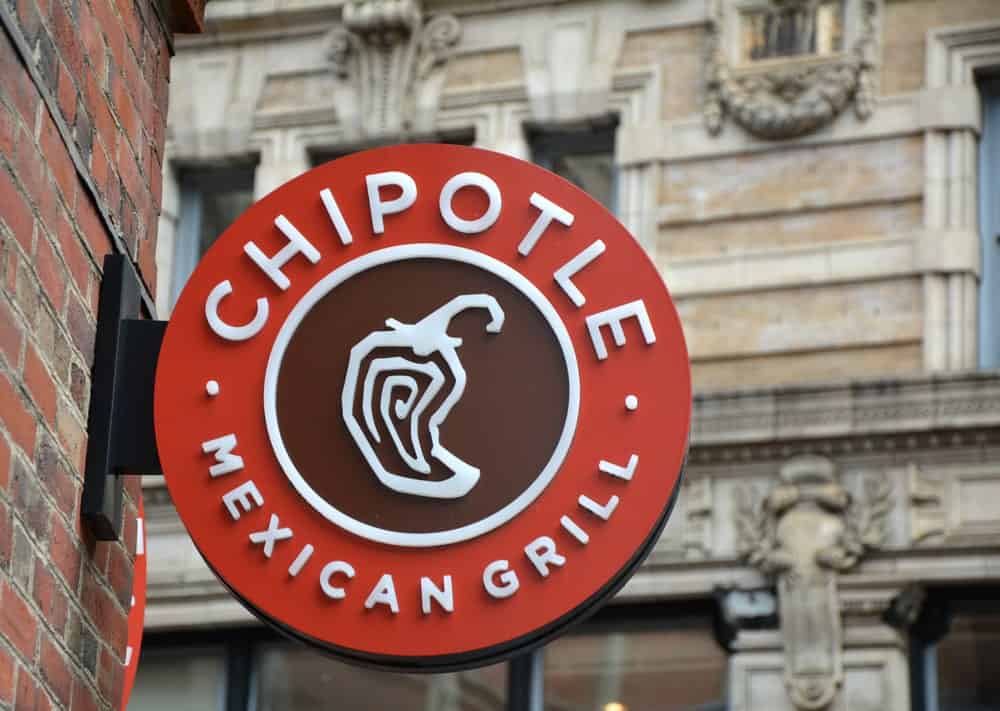 Several Mexican restaurants serve delicious burritos, but what makes Chipotle the best of all is its incredible burrito deals. For example, on Halloween, you can get a discount offer on a burrito if you visit the eatery all dressed up.

According to Business Insiders, a burrito bowl with a tortilla on the side serves you a massive amount of food, smashing your hunger pangs straight away. 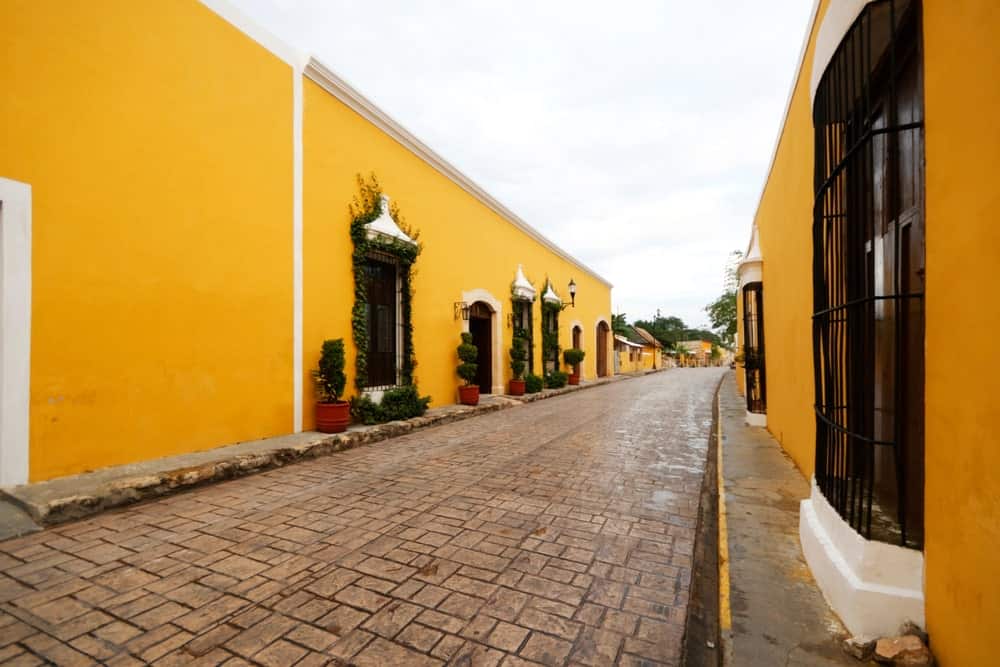 Unlike Northern Mexico, Southern Mexico doesn’t consider the burrito as their traditional food. Why is that so, you wonder? It is because this part of Mexican city doesn’t grow wheat out of which tortilla and a burrito is made.

Wheat is cultivated only in Northern Mexico which is why burritos are far more famous there than any other part of the city. However, in Southern Mexico, you will probably find burritos in some American-Mexican restaurants.

8. They Are Also Referred to as “Tacos de Harina” 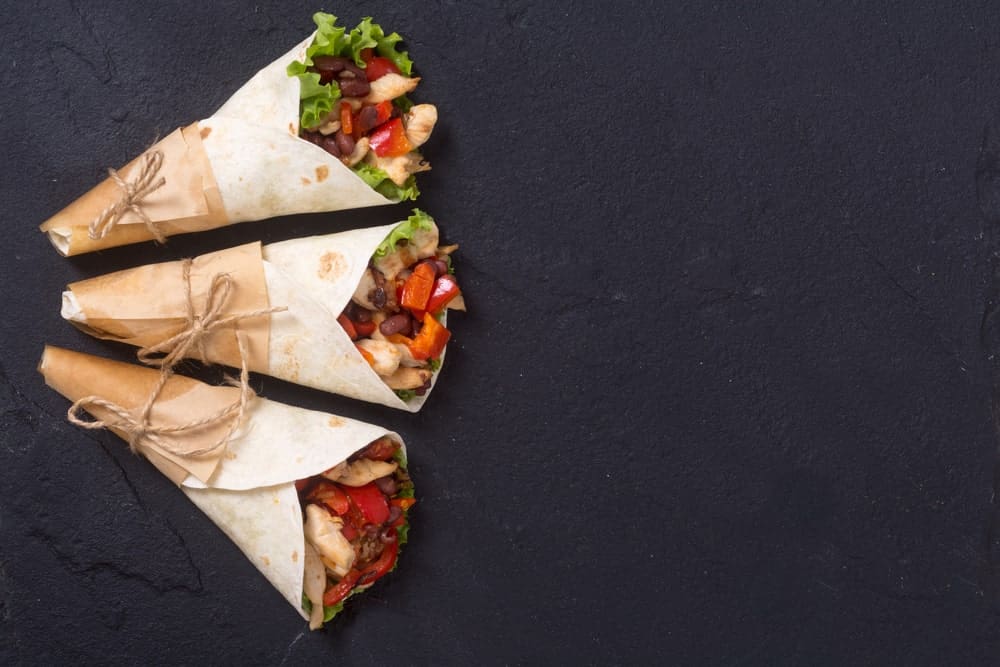 In Central and Southern Mexico, a burrito is commonly known as “tacos de harina”. However, the dish is more popular and therefore more commonly savored by Americans than Mexicans.

The traditional ingredients for “tacos de harina” are flour tortillas, meat, and beans. Today, there are a number of modern recipes for preparing a burrito.

9. Breakfast Burritos Started to Catch on in  the1970s 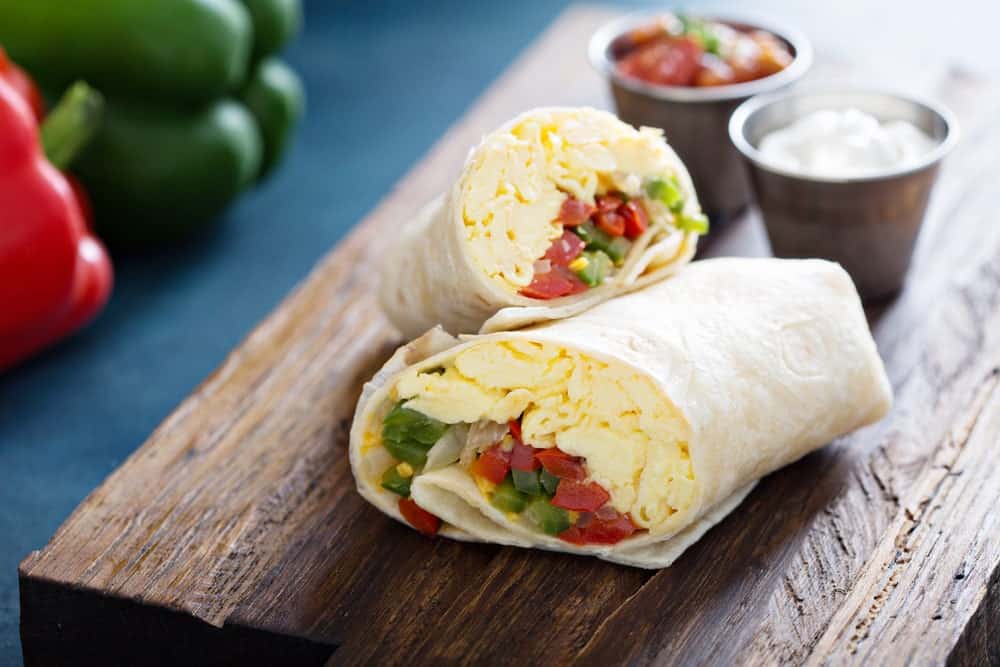 History shows that the breakfast burrito was originated in a Mexican café – Tia Sophia’s in Santa Fe, New Mexico. The burrito was invented in 1975 by filling a rolled tortilla with bacon, potatoes, chile, and cheese. The specialty of this burrito was that it was initially served all smothered.

The breakfast burrito became famous to the extent that it made its way into mainstream food chains such as McDonald’s, Hardees, and Sonic by the 1990s.

10. A Deep-Fried Burrito is Called “Chimichanga” 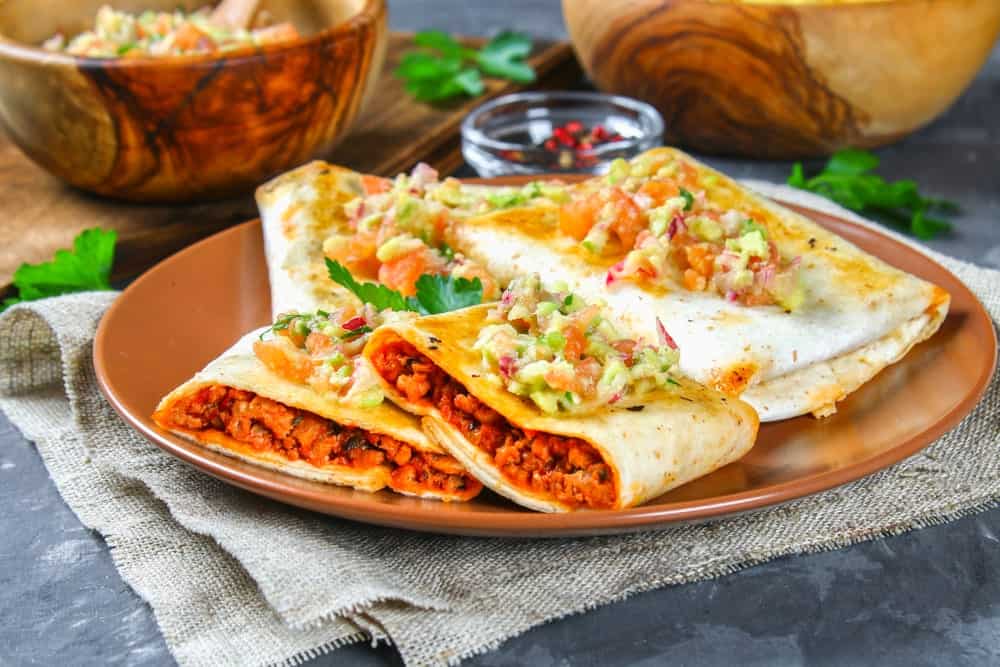 If you deep-fry a burrito, it becomes a Mexican dish known as chimichanga. Unfortunately, chimichangas are not so popular in Mexico. However, they are sold in some touristy places. Like burritos, chimichangas can include any type of filling. You can go with meat and cheese filling or chicken with beans and veggies.

You can also use leftover meat or chicken to prepare chimichanga; but make sure that the chicken or meat you use is finely chopped. Mix it with cheese, sour cream, avocados, or any other flavorful ingredient you like. Spread it on a tortilla, roll it, secure with a toothpick, and fry! 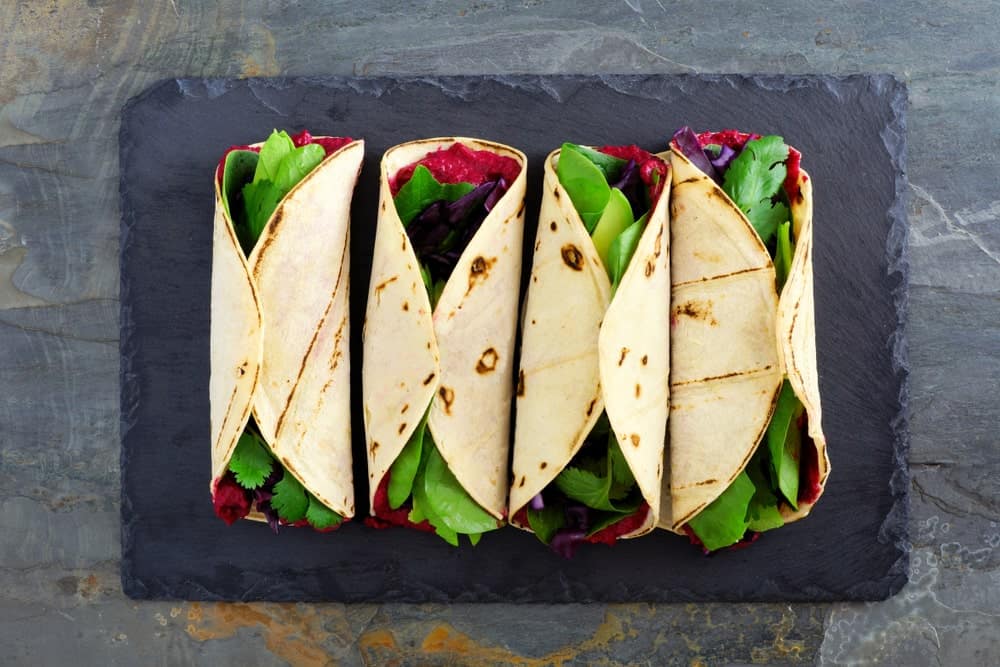 Why is that so? Because mission burritos are enormous in size and weigh up to nearly 1 kg. Owing to their size and weight, mission burritos are considered to be the largest type of burrito. However, the making of a super burrito is quite simple. It is made from a soft tortilla with fresh ingredients such as meat, rice, veggies, chicken, beans, cheese, sour cream, salsa etc.

12. California Burrito Has French Fries in It 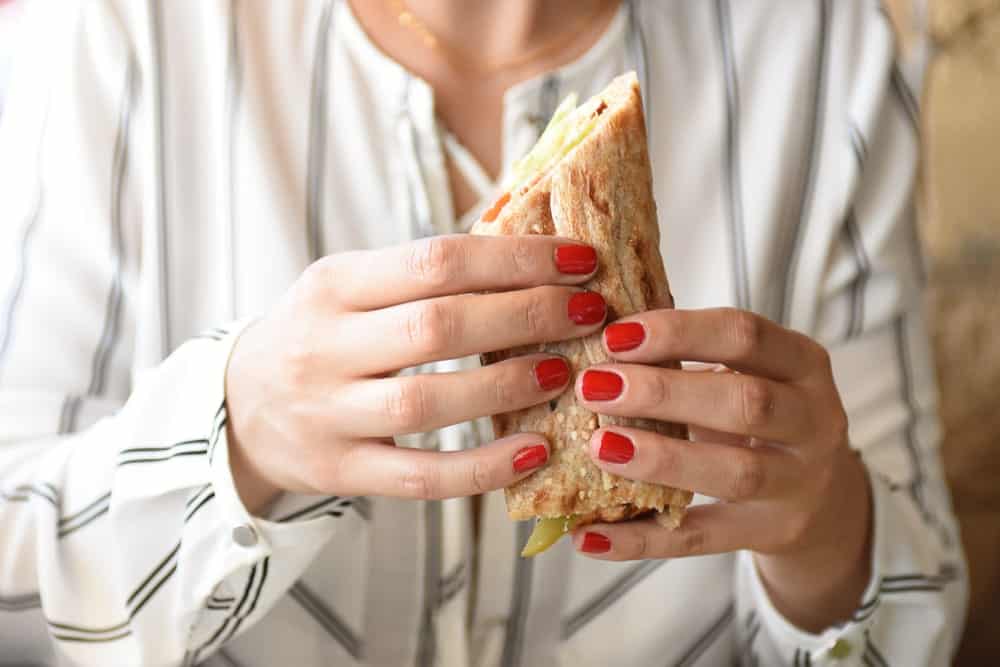 The California burrito is prepared with chicken or beef marinated with Mexican spices. The addition of crunchy French fries takes the Mexican dish to a whole new level.

Roberto’s Taco Shop is regarded as the primarymind behind the addition of French fries in the 1980s. Rumor has it that a local surfer suggested the idea of adding French fries into a burrito to make the dish heartier.

13. Smothered Burrito Is Also Knows as the “Burrito Suizo” 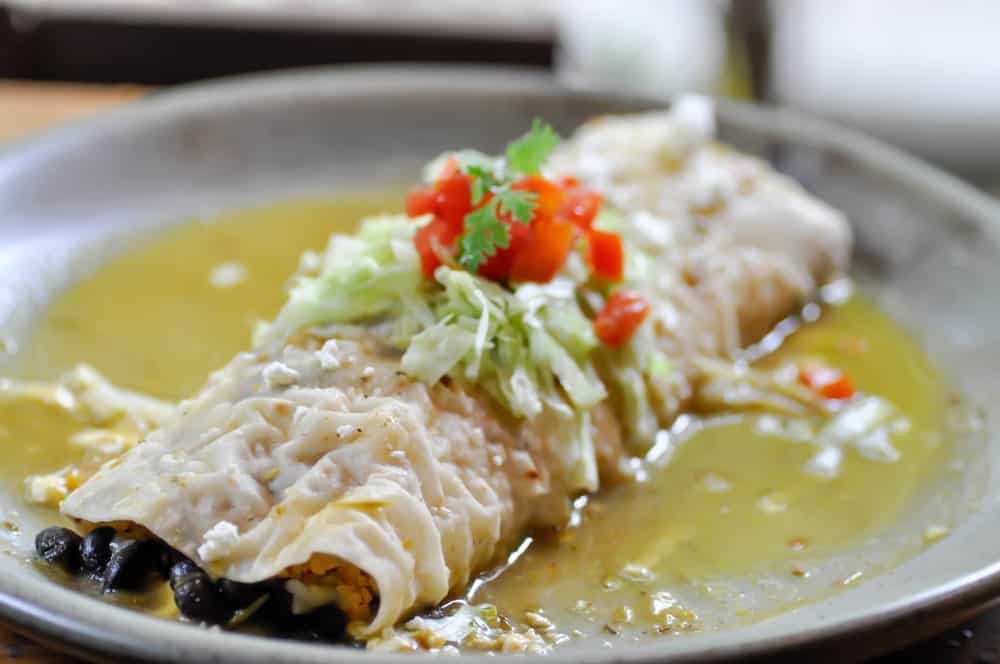 In many Mexican restaurants, the Burrito Suizo is referred to as a smothered or wet burrito. Suizo can be roughly translated simply as “Swiss”.

The lavish burrito was invented in California in the 19070s. It is best prepared with traditional ingredients – meat, rice, tomatoes, lettuce, cheese, sour cream. The dish is smothered in green and red chili sauce and the melted cheese. This type of burrito is also called a wet burrito.

14. Kogi Burrito Is Relatively a Latest Type of Burrito 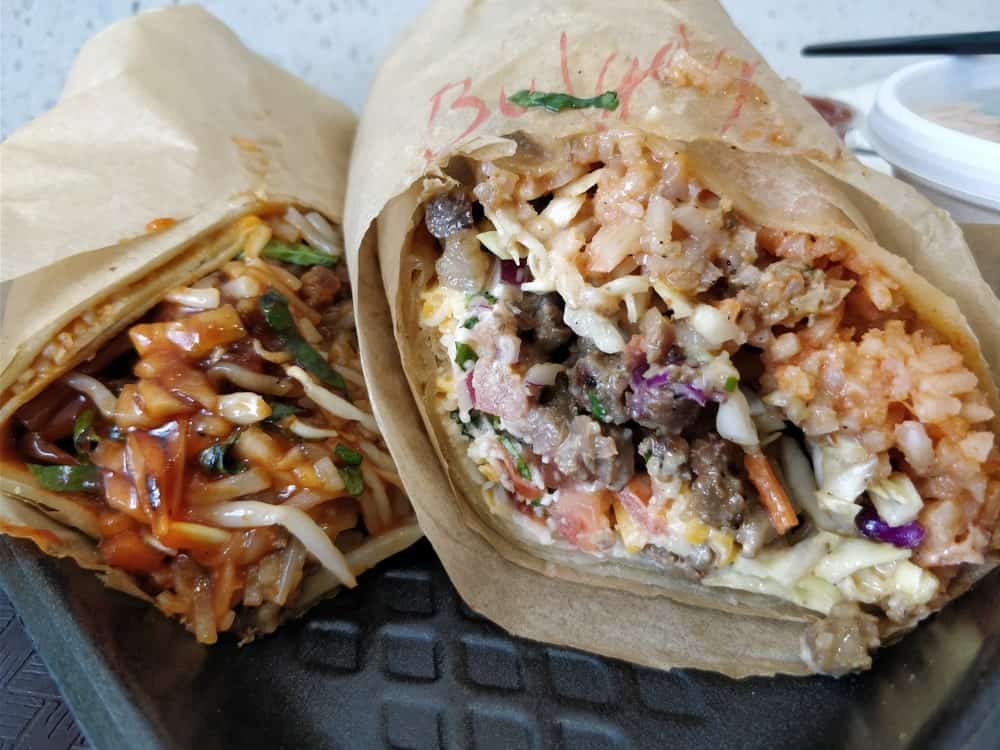 The Koig burrito is an Asian flavored burrito as it is packed with Korean flavors such as kimchi (a type of fish). This is considered to be a modern variety as it was invented in 2008 by a Los Angeles-based Chef Roy Choi. He was the man behind Chef Roy’s truck in the USA.

It is believed that the chef was able to serve up 400 lbs worth kogi burrito daily and the food truck revolution spread to major cities like London.

15. Burritos Are Not Made Same Everywhere 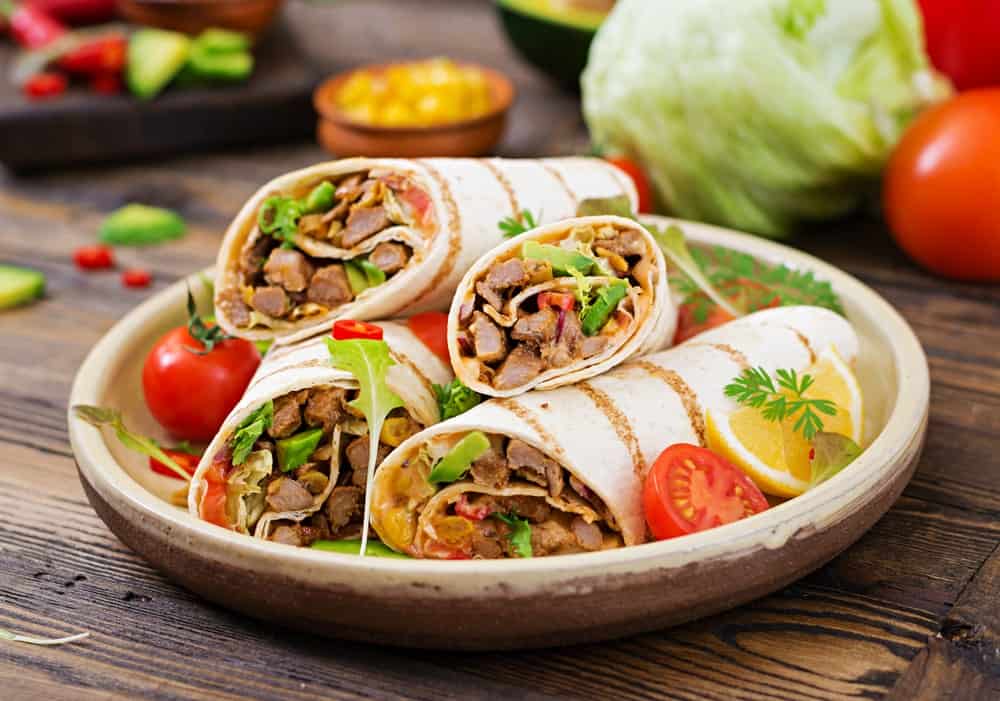 Please note that burritos made in Mexico largely differ from the ones prepared in the United States.  Mexican burritos are plain and simple. The tortillas are thin and small, packed with a lighter filling. Usually, the burrito wrap consists of one or two primary ingredients.

On the other hand, American burritos are bigger and contain a wide variety of ingredients such as meat, chicken, beans, veggies (tomatoes, jalapeno, etc). 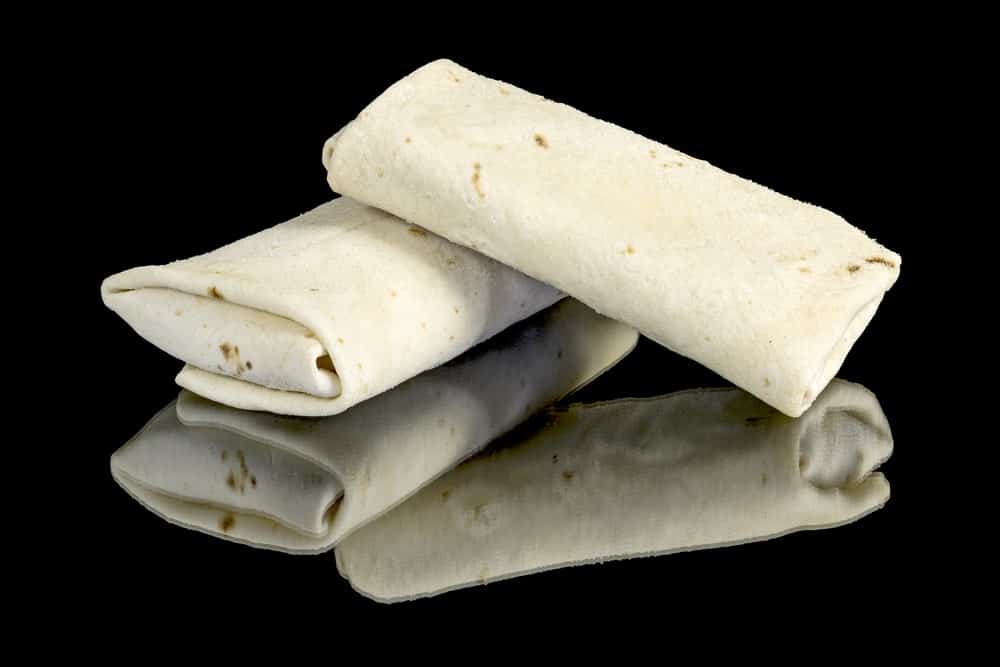 Duane R. Roberts – a philanthropist and an entrepreneur in California – created frozen burritos in 1956. He prepared a beef and bean burrito with red chili powder and put it in a blast freezer. In this way, burritos remained in their top condition during travels.

He took them to various restaurants that liked the concept of a frozen burrito. That’s how frozen burritos gained nation-wide popularity.

17. 1st Thursday of April Is Celebrated as National Burrito Day 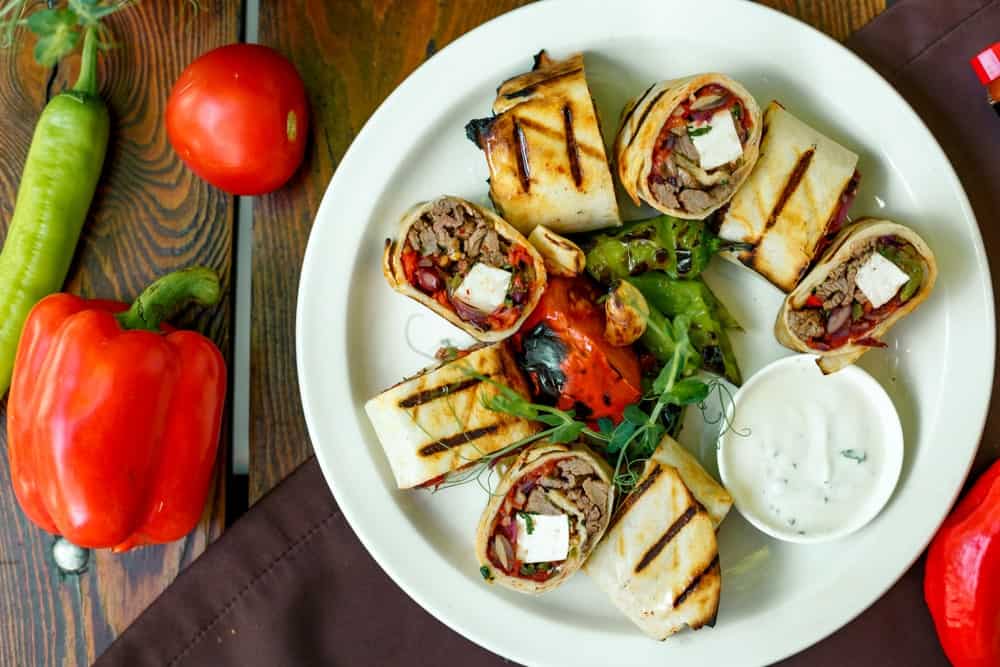 National Burrito Day is observed on the first Thursday of April every year. This is the day to make the most of burritos as most restaurants offer amazing deals and discounts on burritos.

For example, this year, Taco John’s offered two beef burritos for $4 only! On the other hand, Chipotle celebrated the special day by offering free burritos delivery when ordered via the app or website.

18. Burrito Bowl Is Often Mistaken for a Burrito 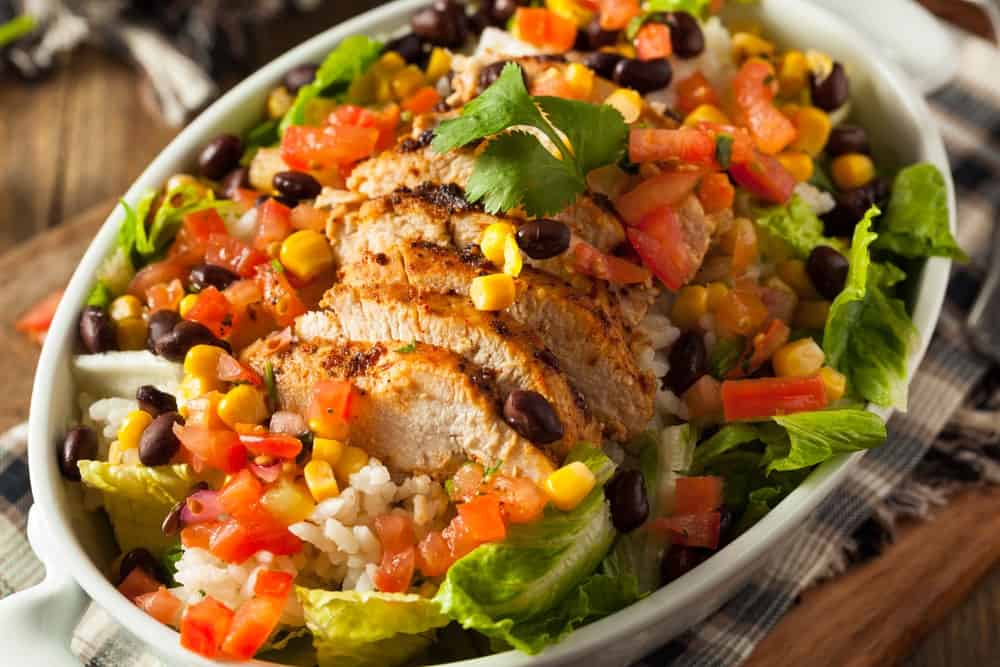 Burrito Bowls are often considered the same as a burrito. However, they both are two different Mexican dishes. The essential ingredient of a burrito is a wheat tortilla which is missing in a burrito bowl. Due to the lack of tortillas, a Burrito bowl (despite its name) is not a burrito.

This burrito-like dish is made similarly as a burrito. Burrito filling is placed in a bowl, with a layer of rice and beans on top and bottom. 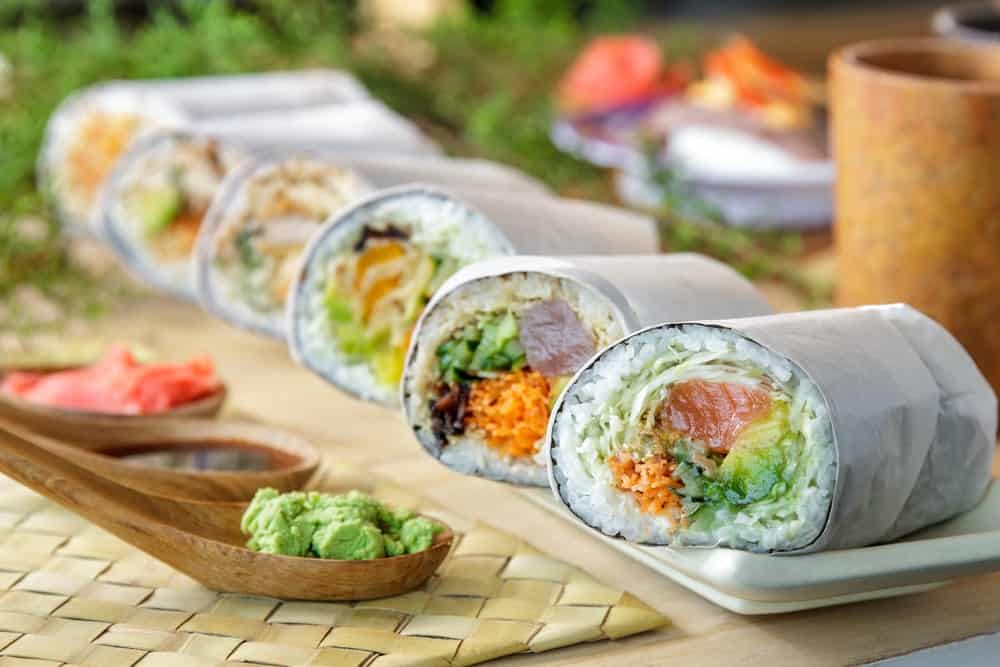 The sushi burrito is a delightful fusion of the Japanese cuisine – sushi and the Mexican cuisine – Burrito. The coming together of these poles-apart dishes offers unique flavors that are hard to not fall in love with.

Prepared from a wide variety of ingredients – sushi rice, chili sauce, veggies, smoked salmon, or baked tofu, etc, sushi burrito is the healthiest burrito choice out there.  Owing to its distinctive taste and health benefits, this burrito is a rising food star. 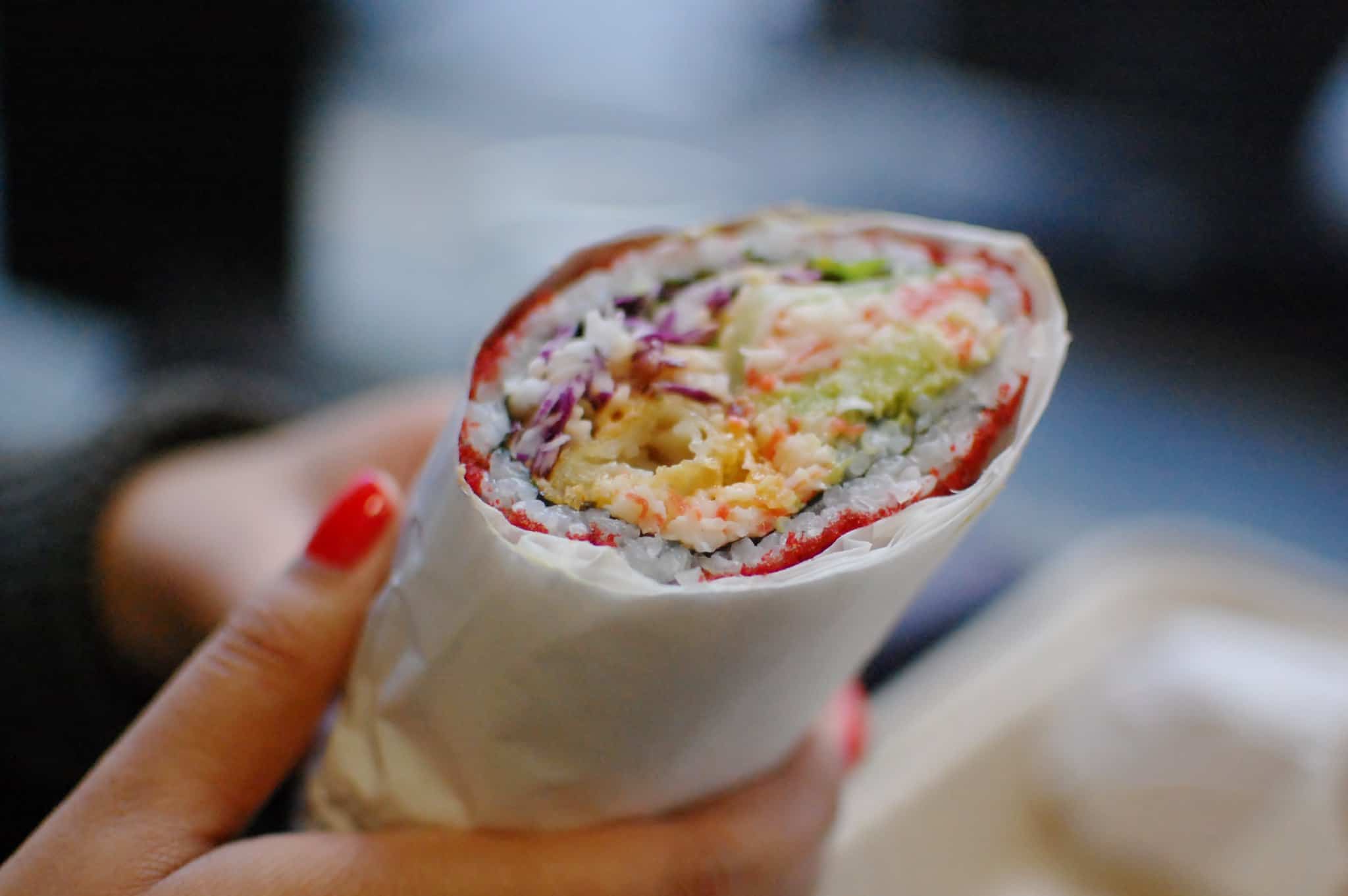 Sushi burrito-based restaurants and shops have been increasing in numbers across the world-wide. Asia’s most treasured cuisine sushi burrito can be enjoyed in several well-famed restaurants.

But we’ll recommend you to try this wholesome meal at Sushirrito – a popular food chain in San Francisco. The sushi burrito eatery offers huge rolls with a tasty blend of classic sushi and burrito flavors.

21. Burritos and Tacos Are Different 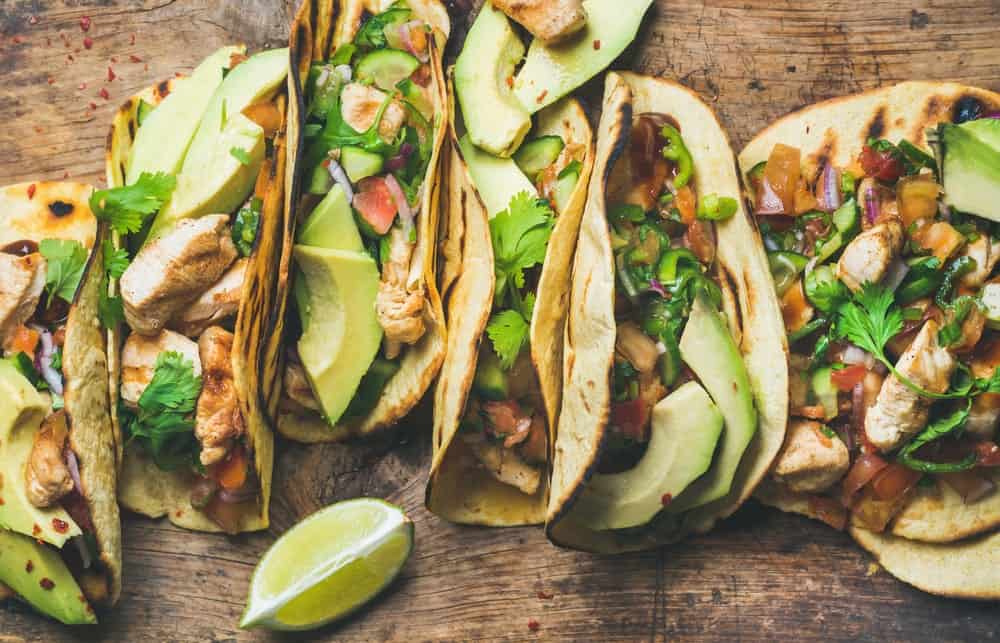 Often times, Burritos and tacos are interchangeably used; but they differ from one another in many ways. Tacos are prepared from a soft corn tortilla while burritos are made from a large flour one. This fact makes tacos a light snack. Since burritos are heavier and larger in size, they are served as a proper lunch or dinner.

22. The Largest Burrito Weighed Over 2 Tons 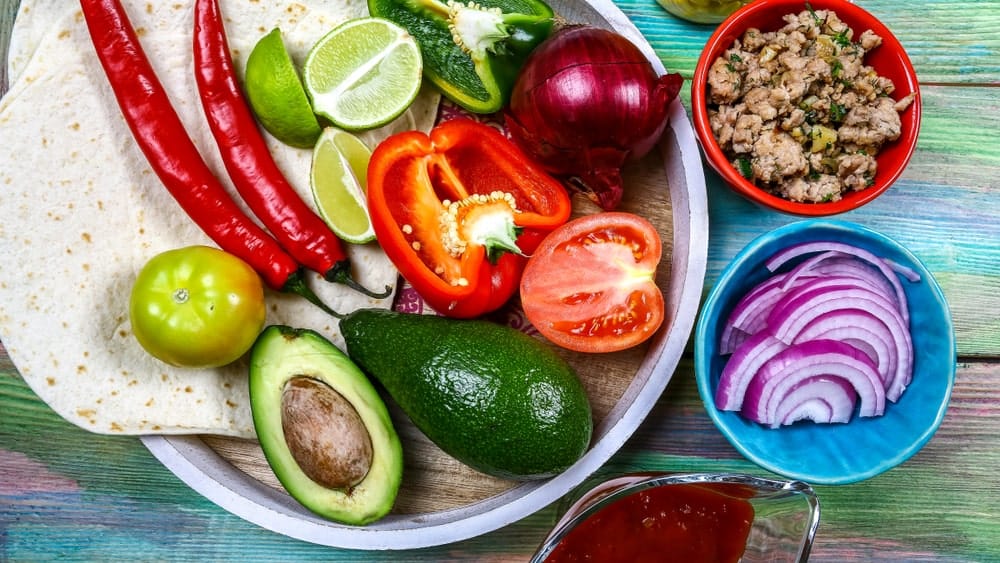 This massive burrito was prepared by Canirac La Paz, in La Paz, Baja California Sur, Mexico, on 3rd November 2010. To be precise, the burrito weighed up to 5799.44 kg and was prepared from a single flour tortilla. The fillings it included were fish, onion, chile, and refined beans.

Over 50 restaurants and 3000 volunteers participated in the making of the largest burrito in the world. A special machine, specially designed by Blas Avila, was employed for the making of this impressive burrito. 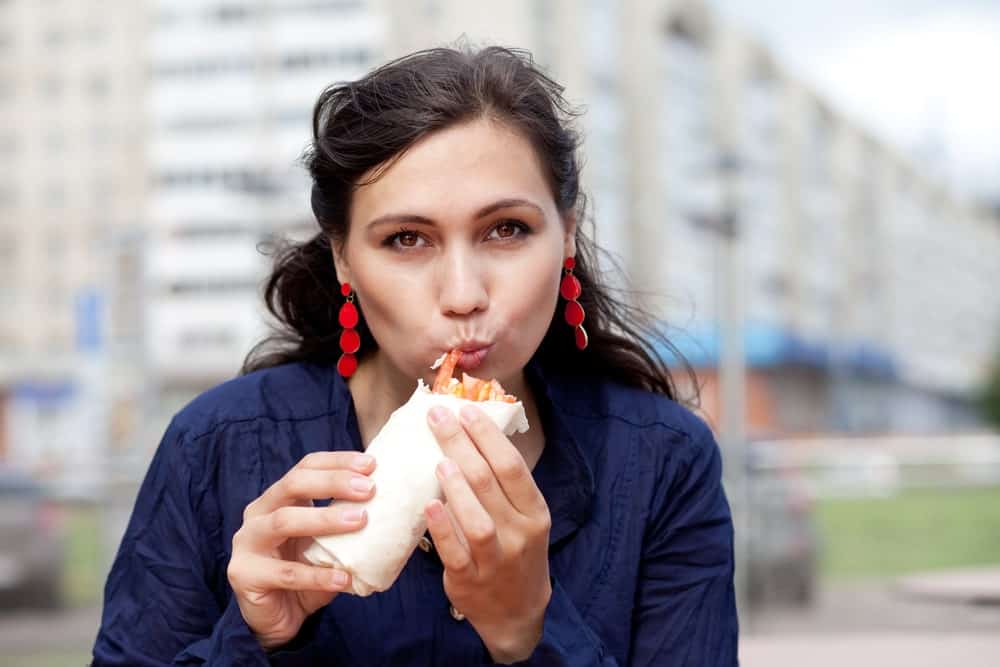 A UK-based competitive eater, Leah Shutkever made an official Guinness world record of devouring an entire burrito in just 44.20 seconds. She achieved this feat on 1st May 2019 in Birmingham, UK.

The 29-year-old competitor is not only the fastest burrito eater but also the fastest Terry’s chocolate orange devourer. 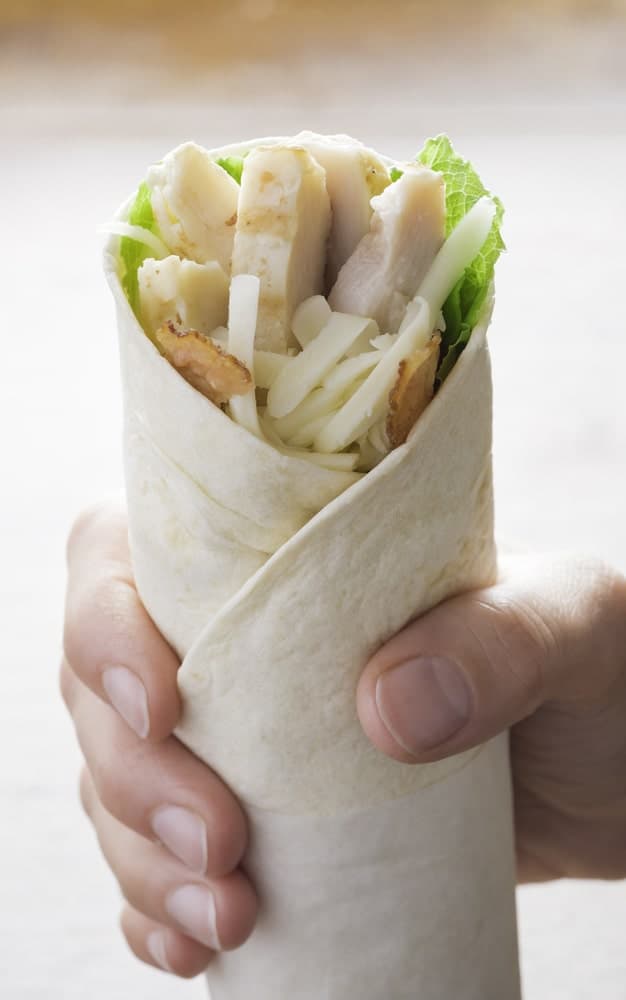 In 2018, a photo surfaced on Reddit that showed the Canadian singer’s lookalike eating a burrito from the middle instead of from one of the ends. The pink-hoodie clad man was sitting on a park bench and was gorging down the burrito.

People mistook the guy for Justin Bieber and the photo became viral on the internet. However, it was clarified later that the man wasn’t Justin Bieber but in fact his look-alike.

25. Burrito Is Nutritious and Fulfilling 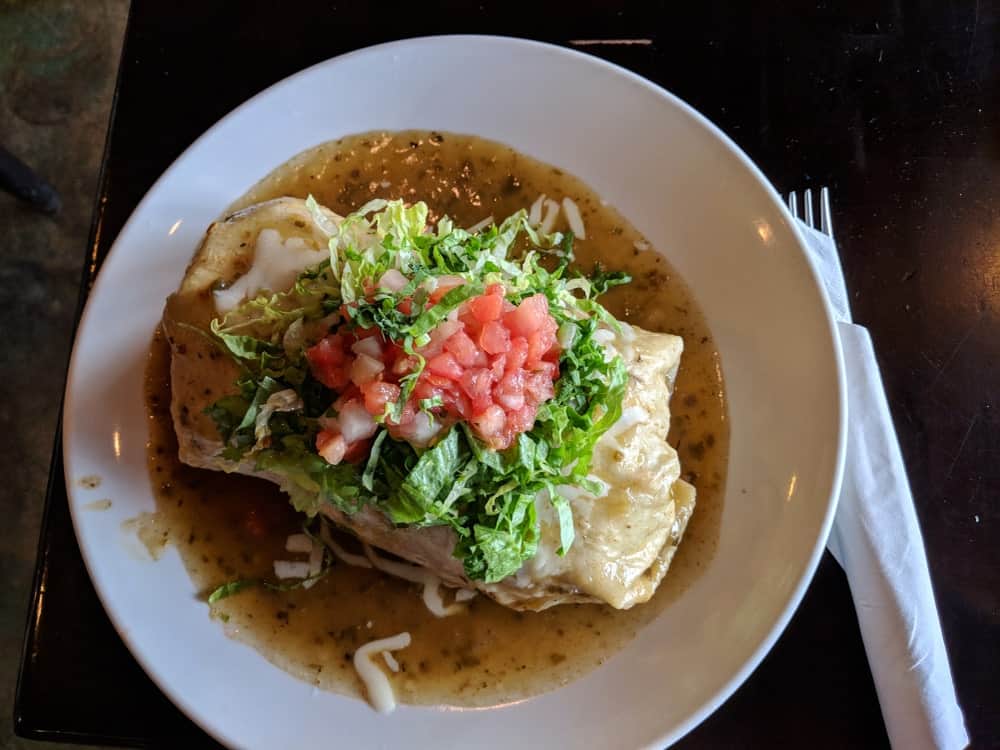 Burrito is packed with excellent nutrients – protein, carbs, and minerals. The reason why it is so fulfilling is because of its large size and wholesome fillings.

So which one of these burrito facts surprised you the most? We bet many! 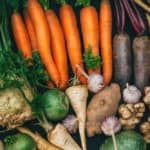 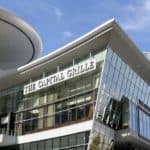