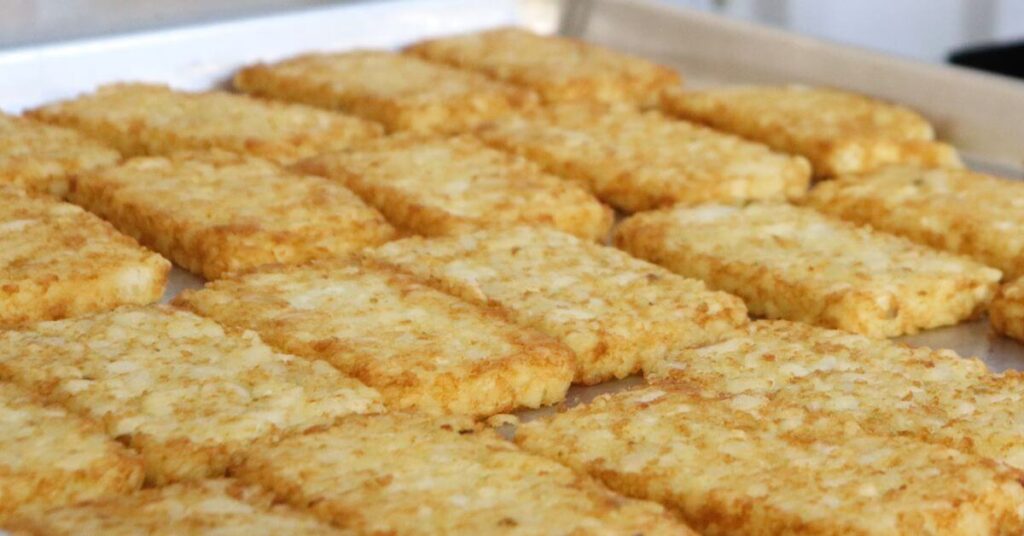 What are Frozen Hash Browns?

Hash browns in some form appear in almost every culture’s cuisine. They consist of shredded potatoes bound together with herbs and spices and sometimes formed into a patty. The potatoes are fried to crispy perfection and are typically enjoyed warm.

The frozen version of hash browns uses the same ingredients and principles and then goes one step further. Frozen hash browns are par-cooked and then flash-frozen. This ensures that when you get them home you will be able to fully cook the potatoes from frozen in a matter of minutes. The frozen variety takes all the work out of preparing hash browns so you are left with nothing but golden brown pleasure.

How to Cook Frozen Hash Browns

There are two main types of frozen hash browns: shredded and patties. Each frozen product cooks a little differently, so here are some notes on how to handle each.

Use two hash brown patties instead of bread to create an epic potato, egg, and breakfast sausage bite. Try adding some shredded hash browns to your bagel with lox to create a crunchy bagel sandwich! Any traditional breakfast sandwich can be leveled up by the addition of crispy hash browns!

Sour cream was made for potatoes! Top your hash browns with sour cream for an interesting and delicious twist! A drop of sour cream can balance out the crunchy potatoes in a very satisfying way!

Apples and potatoes go together beautifully! Try this classic combination with frozen hash browns for a simple dish that tastes anything but simple!

Keep it simple and use applesauce with your frozen hash browns. Apple slices work well, too, if you have apples on hand. The salty crunch of the hash browns goes so well with the apples that you will be shocked at how much you enjoy it!

Topping hot potatoes with cheese just makes sense! To bring a ton of flavor to your frozen hash browns with very little work just toss on some cheese! The heat of the hash browns will melt the cheese and turn a simple meal into simply delicious!

Shredded cheddar is a great classic choice for hash browns, but virtually any type of cheese pairs well with crispy potatoes so let your taste buds run wild!

Frozen hash brown patties often have added spices and seasonings, but sheds often do not. Bring some flavor to the potatoes with a tasty blend of seasonings. Make the flavor profile into something you love by customizing the spice blend.

Salt and pepper are a perfect start, but why not add some paprika and chili for a little color and kick? Try adding garlic and dill for a fresh garden-inspired flavor or some fresh chives. Use your nose when choosing spices; if they smell good together they will probably taste good together and always start with a little then taste and add more.

Potatoes and onions are a perfect pair. The scratch of the potato complements the mild sweetness of the onion and makes a really nice bite. Try cooking some onions with your shredded hash browns for a nice rounded dish.

Turn your hash brown shreds into a full meal by adding in some extra ingredients. Melting cheese on top of your hash browns is a no-brainer, but why stop there!? Add eggs and breakfast sausage to your potatoes to make a full-fledged breakfast skillet, and all without having to peel a potato!

Often, yes. Frozen hash browns use sodium both as a seasoning and as a preserving agent so it can be difficult to find frozen hash browns that do not contain added salt. To cut the sodium, do not add any additional salt while cooking, instead opt for other flavorful spices.

Frozen hash browns make a difficult breakfast favorite into a breeze! Making them into a show-stopping breakfast in return is easy with these ideas. No need to wake up early, just hungry, and get ready for a delicious breakfast thanks to these awesome ideas to make frozen hash browns taste better!

Crisp up your kitchen skills with the amazing culinary articles: 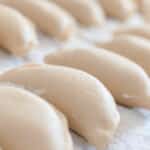 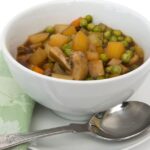