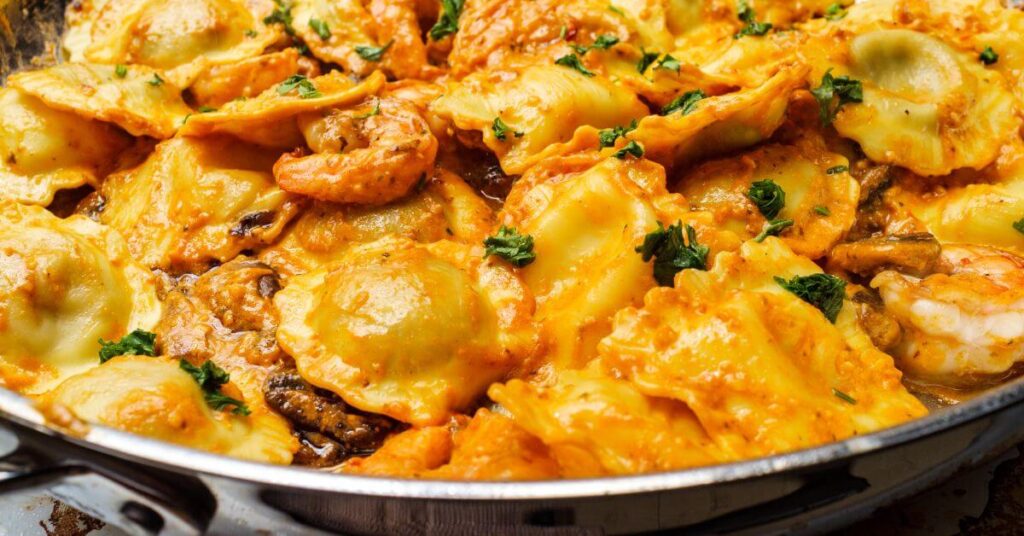 Everybody loves pasta, but making it from scratch isn’t always feasible. Unfortunately, though, many jarred pasta sauces lack flavor. Don’t fret, though. There are plenty of ways to improve the flavor of jarred pasta sauce, particularly vodka sauce. Keep reading to learn how to make jarred vodka sauce better.

Before even beginning to think about improving your jar of vodka sauce, you’ve got to make sure you have chosen a good jar. There are lots of jarred sauces available for purchase, so it’s important that you pick one that tastes good. It’s easy to improve a good jar of pasta, but it’s a lot tougher to improve a bad one.

Look for a jar of vodka sauce that has ingredients close to a traditional recipe. This will have the best chance of most closely resembling the taste and texture of a homemade sauce.

Once you have a jar of vodka sauce, one of the easiest ways to improve it is by adding vegetables. A vodka sauce is a very versatile pasta sauce, so many different vegetables will taste good with it.

Of course, using typical pasta vegetables will be great, like tomatoes and spinach. But don’t be afraid to try something outside of your comfort zone and add veggies that might not be quite as expected, like peppers or collard greens. Vodka sauce can be easily improved with just a few vegetable additions.

You can sauté your vegetables and add vodka sauce right in the pan, but you can just as easily bake your veggies and pour the sauce on after. Either way, veggies will be a welcome addition and improve the taste of your jarred vodka sauce.

Once again, vodka sauce is very versatile, and it will taste great with a variety of different meats. You could pair it with chicken, sausage, or even some ground turkey or ground beef. Again, like with the vegetables, don’t be afraid to get creative with what meats you pair with your vodka sauce.

Don’t be afraid to doctor up your vodka sauce a bit. Just because it’s in a jar doesn’t mean it has all of the spices that you want. In fact, it probably won’t be quite as flavorful as you’re hoping for.

Take a look at a homemade, traditional recipe of vodka sauce, or look at the ingredients that the jar already has and consider what may be missing or what flavors you could add. You may want to toss in some basil, oregano, or even a bit of Italian seasoning to make it easier. You could also add some red pepper chili flakes for a little spice, and, of course, don’t forget salt and pepper.

Switch Up the Pasta

If you’re using a jar of vodka sauce, chances are you are serving it over pasta. One super simple way to enhance the flavor of your jarred vodka sauce, or to at least give you some versatility, is by switching up what pasta you serve.

Try penne one day and some rotini the next. The options are truly limitless.

When you first hear to add seasonings, your mind likely goes straight to dried seasonings. And although dried seasonings are convenient and get the job done, nothing beats fresh herbs when it comes to pasta.

Once you’ve simmered your sauce and tossed your noodles and other ingredients in it, top it off with some fresh herbs. A few basil leaves chopped chiffonade, or even a couple of teaspoons of chopped parsley, will add freshness and bring out the natural flavors in the vodka sauce.

If you think the jar of sauce could use a little more vodka taste, add some vodka. If you think it doesn’t have enough salt or pepper, add more. It’s a super simple way to make your vodka sauce just a little bit more flavorful.

There’s no reason you have to only use your vodka sauce with pasta. You can also bake with it. For example, if you like to bake chicken in pasta sauce, vodka sauce is a great place to start. Get a baking dish and soak your chicken breasts in vodka sauce to give them tons of flavor and moisture.

You can also put it in the crockpot for a few hours and shred the chicken when it’s cooked, leaving you with a totally tasty and easy meal that can be paired with rice, noodles, vegetables, and the like.

Use it For Other Pasta Dishes

Don’t think that vodka sauce has to be exclusively used for penne à la vodka. Get creative and have it with other pasta dishes entirely. You may want to try a vodka sauce lasagna or use it in ravioli.

There are endless ways you can utilize this sauce that don’t include the traditional recipe. They’re all totally tasty and simple to whip up.

Pair it With Vegetable Noodles

There’s no rule saying you have to only serve pasta sauce with traditional noodles either. In this day and age, there are endless ways to have interesting noodles.

If you have a spiralizer, get creative. You can of course have the classic zucchini noodles or even carrot noodles. But you can also use other vegetables and squashes, too. Try making noodles with eggplant or regular squash.

If you don’t have your own spiralizer, no worries. There are tons of vegetable noodle options available for purchase at the store. You may be able to find them fresh, but there are also some that are frozen and just as delectable. You can also forego the spiralized noodles altogether and use spaghetti squash.

No matter what you use, it’ll bring freshness to your vodka sauce and serve as a great healthy option for your meal. 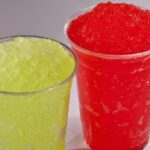 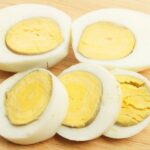