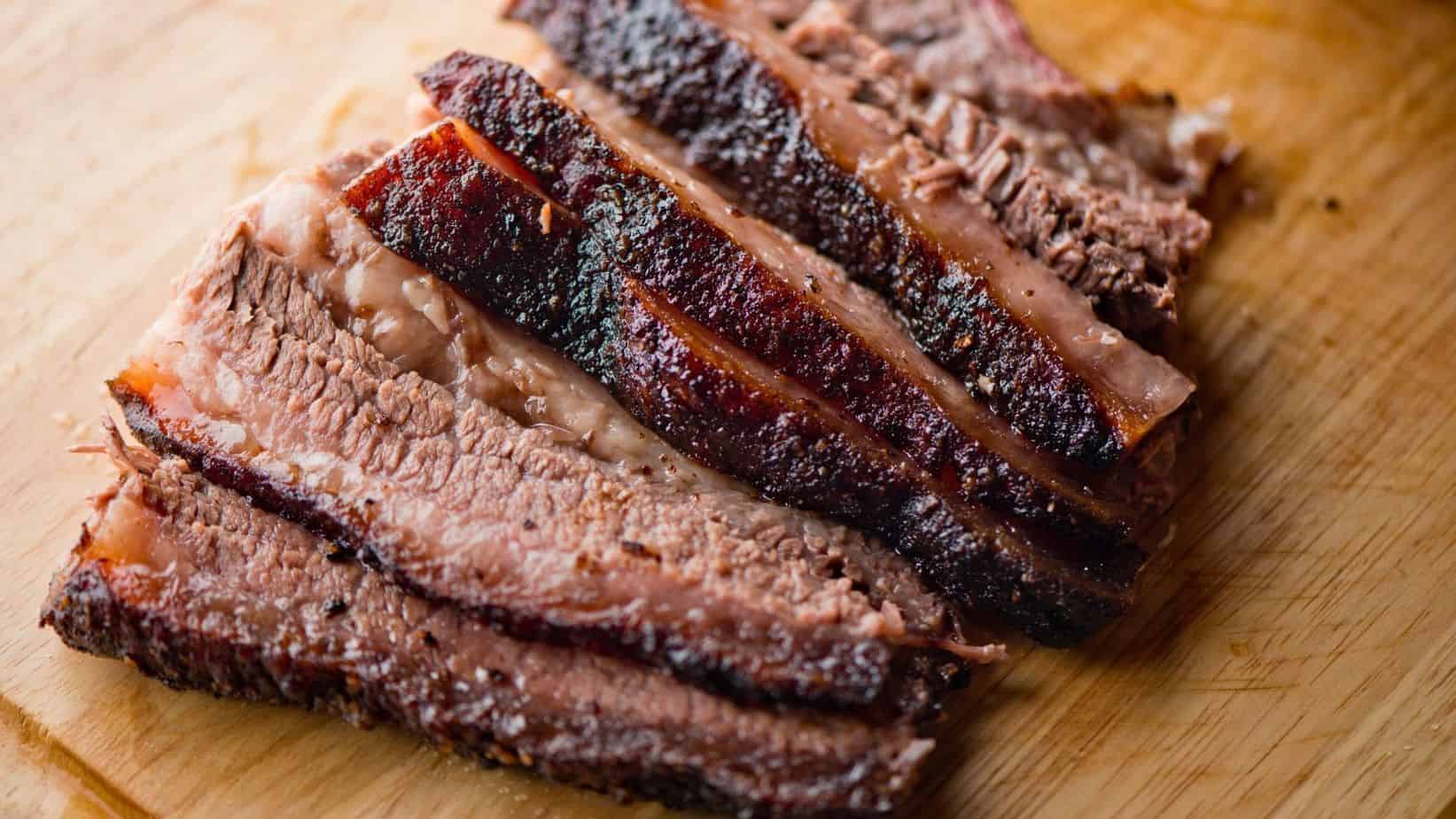 When you think of beef brisket, does your mouth water? If you’ve ever had a bite of a corned beef sandwich or feasted on some Texas barbeque, you’ve certainly enjoyed some brisket in your life. A large chunk of meat, brisket, comes from the cow, and many consider it one of the best meats for slow cooking.

Not always so popular, brisket is now a beloved dish found at many family dinners and holidays. Learn all about what makes brisket so good and see how far it has come to make some of our most cherished dishes.

Beef brisket is hard and tough meat that comes from the chest of the cow. However, when cooked at a lower heat for hours, you end up with super tender meat. The meat contains lots of connective tissue, which softens once broken down.

Typically, the cut is large and great for feeding lots of people. By throwing in a few spices and having a little patience, you get a simple, delicious, and relatively inexpensive meal. It also works as a great make-ahead dish, as the flavors develop even more the longer it sits.

People cook brisket worldwide, including in Korea, Vietnam, Pakistan, Italy, and more. In each location, it is traditionally cooked and enjoyed differently. In the US, brisket is most known and enjoyed as part of Texas barbeque.

What Part of the Cow is Brisket?

Brisket comes from a cow or steer – either an adult that is 2 and up or veal, being calves 2-4 months old. The cut comes from what is known as the breast, lower chest, or pectorals. When looking at a cow, it is the area between and slightly above the front legs. It comes from under the first 5 ribs of the animals, with boneless brisket being the most popular way to purchase the meat since the 1970s.

Since cows have no collarbone, this area of the body actually supports 60% of the cow’s weight. And because they are not light creatures, the muscles have to work hard. This results in a dense, tough muscle.

When buying a brisket, you can find 3 different cuts of beef:

Where does Brisket Come from?

When cooked like other cuts of beef, brisket becomes very difficult to eat. It was known for being tough, chewy, and stringy, quickly becoming a part of the cow that no one wanted to eat. However, that is until they figured out how to cook it well!

Smoked brisket isn’t a new idea. In many cultures, it is traditional to cook a whole animal for large community celebrations. Many people eat all parts of the animal, including the brisket. Native American tribes from Mexico and Texas would smoke the meat directly in the earth years before settlers stepped foot on North America.

The first notion of ordering brisket at a restaurant didn’t occur until the late 1950s where Black’s Barbeque in Lockhart first listed it on the menu. Before that, most people would order beef, and you could get either fatty or lean cut. The fatty cut often came from brisket, while the lean cut came from the shoulder.

As the popularity of brisket grew, more and more barbeque joints began to offer the signature cut. In 1958, the Institutional Meat Purchase Specification (IMPS) came into play, and boxed beef in 1965. This guide ensured that all buyers got the right kind of meat that they ordered, specific cuts and all.

The Jewish Influence on Brisket

You can’t talk about brisket and Texas barbeque without mentioning the influence of American Jewish immigrants. As far back as the 1700s, Jewish Europeans have enjoyed eating brisket. Since the hindquarters of the beef are not kosher unless the sciatic nerve is removed (which most butchers don’t do),  fewer cuts of beef exist for them to choose from.

Traditional Jewish cooking serves brisket as a pot roast, the main course for many holidays, including Rosh Hashanah, Passover, and the Sabbath.

In the mid to late 1800s, many Jewish people immigrated to the US, making their way down to Texas. As the largest beef-producing state, the Jewish people began to exchange ideas on cooking brisket. Many Texans adopted the traditional pot roast of the Jewish people with the smoked cooking common with Native American practices to create an entirely new dish.

If you’re going to enjoy a fully cooked brisket, chances are it will either be at Passover or a Texas barbecue restaurant. However, the two could not taste any more different, as they are cooked in two separate ways.

A Passover brisket will be cooked in the oven for hours at a low temperature with a mixture of root vegetables. Served with a strong-tasting sauce, oftentimes using Ketchup or soy sauce as the base. Sometimes it comes out moist and tender but can easily become dry and overcooked.

In Texas, you smoke the brisket with indirect heat at an even lower temperature for a longer period of time. This results in the fat rendering over time as the meat cooks at a slower rate. This method also requires less seasoning, creating the common salt and pepper rub.

Over time, brisket has become king of the southern barbeque world. No matter how much you spice it or cook it, pork has a milder taste than beef. Where pork and ribs once reigned, brisket has slowly taken over and stolen the barbeque hearts of the people. Because of its fat and collagen, smoking beef slowly creates very creamy and delicious meat that is hard to ignore.

What to do with Brisket?

All over the world, there are so many ways to enjoy brisket. From the spicy Korean soup yukgaejang to the Italian dish bollito misto, the way you cook and season it can make the meat taste completely different. In the US, there are a couple of popular ways to cook brisket.

Brisket in the smoker makes the renowned Texas barbeque. This is the process of seasoning the meat, smoking it, then slicing it for serving. Typically, you smoke a brisket for 1-1½ hours for every pound at 250°F.

The other method is in the oven. Usually referred to as a pot roast, you simmer the meat while covered in a liquid. For a pot roast, you set the oven to 325°F for 1½ to 3 hours until it reaches an internal temperature of 135°F.

If you have the right materials (AKA a smoker), making brisket really isn’t that hard. It requires few ingredients and, for the most part, requires little attention while cooking. No matter which way you cook it, there are a few tips you will want to follow:

First and foremost, you can enjoy brisket by making your very own Texas barbeque. Patience and the right methods will truly make your brisket the new favorite family dish. When choosing your meat, consider placing a special order. Most brisket sold at the grocery store is not whole – and you certainly want it all.

You want to season your meat an hour in advance. Typically, it will consist of a combination of salt and pepper that you rub all over. While the meat sits, you can get your grill and smoker ready. You will need soaked wood chips (best done overnight) and a smoker box to place over your grill. Keep the temperature around 225-250°F to properly cook the brisket.

Place the brisket as far away from the lit burner as possible and fatty side up. Then, place the cover on and let the smoke do its magic. Check on the wood chips every hour and add more to keep the number of chips constant. Every 3 hours, you’ll want to rotate the brisket.

The goal is to get the meat tender but not falling apart. This should take anywhere from 10-12 hours or until it reaches an internal temperature of 195-205°F.

Similar to Texas barbeque style, you need to smoke this meat. The biggest difference, however, is that you must brine the meat beforehand. Many compare it to pastrami, but it comes from a different cut of the cow. Montreal smoked meat comes from brisket, while pastrami comes from the plat or navel. It also tends to use much less sugar in the seasoning.

A typical brine for Montreal smoked meat consists of pepper, coriander, garlic, and mustard seed as key seasonings. Once you combine your seasonings, you coat the entire brisket and put it in a resealable bag. It needs to be left in the coldest part of the fridge for 4 days. Every day, flip the bag around.

After 4 days, you remove the brisket from the bag and rinse the brine under cold water. Next, let it soak for 2 hours, periodically refreshing the water. Once ready, remove from the water and pat dry. Next, you coat the meat with a fresh rub of seasonings and smoke it. You will follow the same instructions for smoking, instead of waiting until the meat reaches 165°F after about 6 hours.

Once done smoking, finish off the meat by steaming for 2-3 hours. To get the full experience, serve the meat on rye bread with lots and lots of mustard.

Another popular form of brisket is corned beef. Originally from Ireland, corned beef bears similarities to Montreal smoked meat in that you need to put it in a brine first. But, you end up cooking it in a very different way!

The brine consists of a combination of pickling spices such as salt, sugar, pepper, cloves, bay leaves, dill, and juniper berries. Choose a large-grained rock salt to cure the meat. All of the flavor for the meat will come from this seasoning. After applying the brine, you will want to store your meat in the coolest part of the fridge for 5-7 days. Like Montreal smoked meat, you will then rinse the brine off.

To cook your meat, place it in a large pot and cover the meat with water. Add some more fresh pickling spices and bring the pot to a boil. Reduce to a simmer for 3-4 hours, and there you have it. The result is a signature pink and flavorful meat. Serve it on a Reuben sandwich consisting of corned beef, Swiss cheese, sauerkraut, and Rye bread. 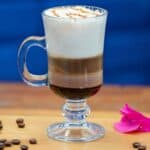 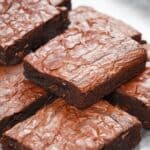