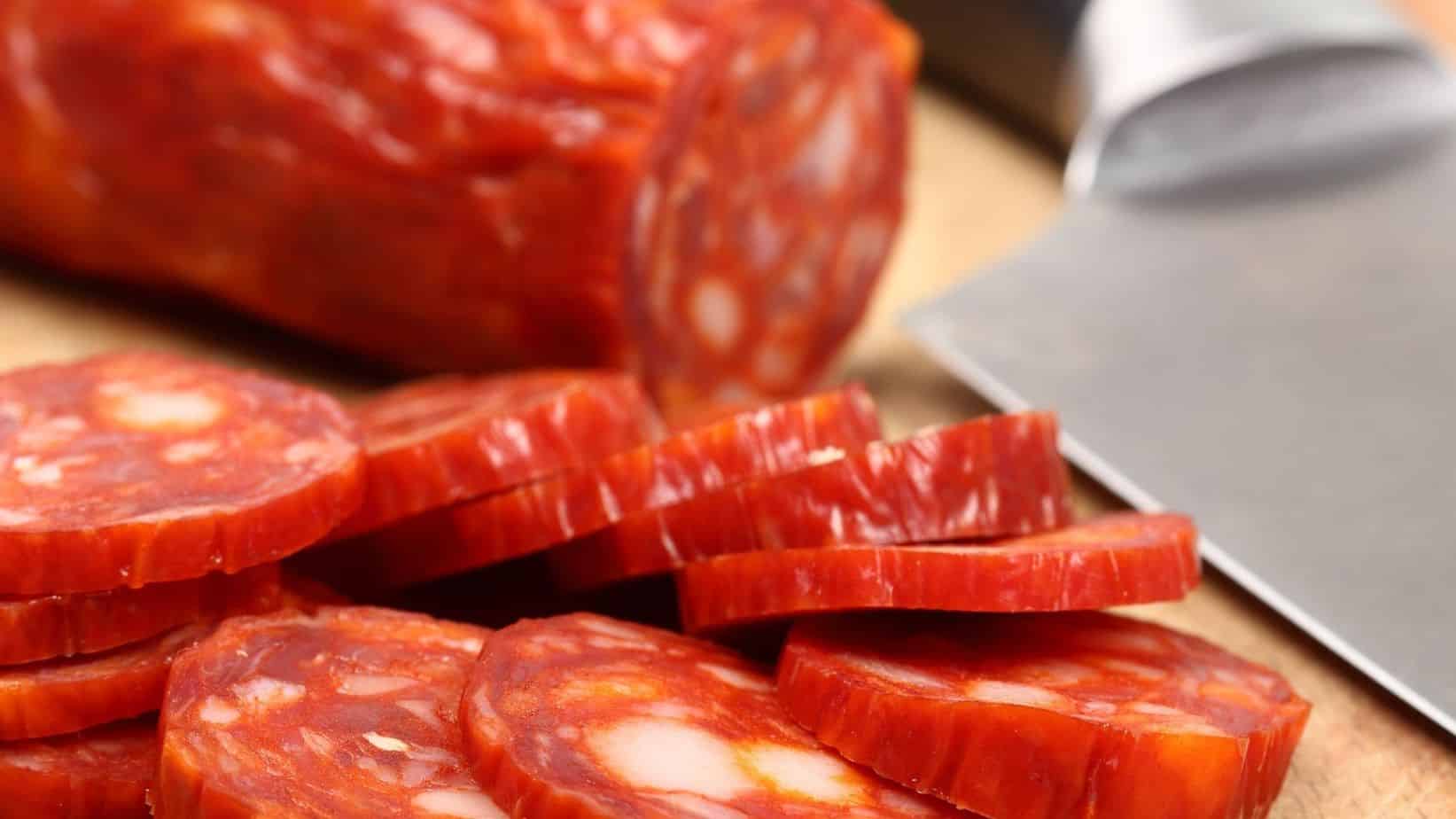 Without a doubt, the Spanish are the kings of charcuterie. Enjoy a nice plate of cured meats, cheeses, olives, and of course, top it off with the finest Spanish wine. You can’t have Spanish tapas without finding some specialty chorizo sausage in the mix.

A deliciously red sausage, there are thousands of varieties of chorizo found across Spain. Every region, chef, and family have their own special way of making it, blending all sorts of spices and preserving the meat in their own unique way.

By definition, sausage is a finely chopped or minced meat that is salted and then put into a casing. Some can be eaten fresh, while others are left to cure and eat later. The first mention of sausage occurred in Homer’s The Odyssey, and by now, many cultures enjoy a type of sausage.

Chorizo is arguably the most famous Spanish sausage out there and the first mentioned in the country. Known for its red hue, the sausage is heavily spiced, often smoked, and full of flavor. People enjoy chorizo in all sorts of dishes. It uses the lean or finer meats of the pig, and the fats make it a very rich food.

Most chorizo sausage is found in a horseshoe shape, but you can find it in all sorts of shapes and sizes. The flavors can vary as well, with most being spicy but some also coming as mild. While most often cured, you can also enjoy it right away by cooking it.

History of the Chorizo Sausage

Preserved meats are a very traditional way of enjoying food. During the year’s cold months, farmers would rely on the preserved meat they made in the fall to last them through until the spring months. The Romans taught the Spanish how to make sausages, and eventually, the chorizo was born.

The history of chorizo sausage can be linked to the agricultural calendar and the slaughter of the pig. While most cattle were bred outside of the village in the 15th century, most pigs lived in the village. In October, farmers would spend the month fattening up the pigs. Then, St. Martin’s Day, November 11th, was the traditional day for slaughter.

On this day, families would prepare chorizo for the winter months. Every part of the pig is butchered. The legs would be used for cured ham, the blood for morcilla, and the fats and trimming for sausages. To this day, many rural Spanish regions still follow this tradition.

Paprika, what brings the signature taste and color to chorizo sausage, actually didn’t make its way to Spain until the 16th century from the Americas. Before that, the sausages were white or black. Since pepper also didn’t arrive until this time period, original chorizos would look and taste very different from the ones we enjoy today. It took many decades for both spices to make their way to Spanish farmers.

While prepared by farmers, the chorizo was often considered a luxury for most families to enjoy, even more so after paprika and black pepper became major components. Cured ham was still more valuable, but cured chorizo was often enjoyed by the wealthy.

King Charles IV of Spain loved chorizo. The story goes that while the king was hunting, he came across a chorizo maker. After being offered the sausage, he loved it so much that he named the man the official royal chorizo provider. This story is portrayed in the tapestry by Francisco Bayeu called The choricero Jose Rico, Candelario.

It wasn’t until industrialization in the 19th century that chorizo became more readily available to most families as food production ramped up. Since then, it has slowly made its way around the world as one of the most popular cured meats out there.

With so many Spanish regions, families, and now the global community enjoying chorizo, there are endless varieties of this sausage to enjoy. Popular spices to use include garlic, paprika, pepper, cumin, oregano, bay leaf, onion, and thyme. Depending on the types of spices chosen and the amounts, you can have very different tasting chorizo sausage.

You can find soft or dry, long or thin, and short or fat varieties out there. What makes them all classified as chorizo is the standard base of lean pork and lean fat. Plus, the signature pimento paprika!

Iberian chorizo is a popular type you can find that comes from a special breed of pigs. The black Iberian pig roams freely in the Iberian Peninsula and feasts largely on a diet of acorns. They are a very muscular breed and considered to be high-quality meat. It’s a very different taste than other pigs!

Beyond Spain, you also have the Mexican chorizo. Unique from the traditional Spanish cured meat with paprika, it comes as fresh ground pork and often incorporates chiles in the seasoning. To prepare it, you squeeze it from its casing and pan fry it like you would ground beef.

Another similar dish that chorizo sausage can be confused with is the Portuguese chouriço. It’s another smoked and cured sausage with less paprika, more garlic, and red wine.

How to Use Chorizo: 8 Ideas to Try

Because of its high-fat content, chorizo is a popular cooking ingredient. Once warmed, the fats inside the meat render and mix well with other ingredients in the pan. You can often find it in cocido de garbanzos, a chickpea stew, and in many rice dishes in Spain. It also makes for a great addition to pizza and pasta.

While you can cook it, you can also easily enjoy it all on its own. Many Spaniards enjoy chorizo as a form of tapas by cutting it with bread, frying it in olive oil, skewered with olive oil and bread, and on its own as a sausage stick.

Nowadays, cooks have gotten quite creative in how to use chorizo. Here are some ways you can enjoy the delightfully red sausage in your cooking.

Once you’ve fried up some chorizo sausage, you are left with a pan full of tasty fats. Don’t let them go to waste! It has tons of flavor that you can use for some of your future cooking. Add it to salad dressings, fry chicken in it, make eggs, potatoes…whatever your heart desires.

If the fat is too thick, feel free to add some olive oil to loosen it up and help you preserve it. Another way to enjoy chorizo oil is by using already-fried chorizo and placing it in neutral vegetable oil. Leave it in the fridge overnight to infuse, and your oil will now taste amazing.

This is a popular Mexican breakfast dish that uses Mexican-styled chorizo. Essentially, you’re making scrambled eggs and mixing the fresh, ground chorizo into the pan. You can add all sorts of extra vegetables and toppings, with spicy jalapenos being a favorite for many. Most often, the mixture is served on some warm tortillas. Sounds amazing!

You’ve definitely seen this on the menu at some point! Making your own pizza is simpler than you may think. The next time you make some simple pizza dough and tomato sauce, consider topping with chorizo to make the pizza that much more deluxe.

For pizza, you can crumble Mexican chorizo over the top or thinly slice Spanish chorizo like you would pepperoni. Choose whatever toppings you like, with caramelized onions being a great complementary flavor.

Everywhere you look in Spain, you will find a chorizo sandwich. They are a popular choice for school kids – but adults love them too. To make a sandwich, you will want to fry the chorizo on the pan first. Pair the meat with a Spanish, hard cheese with lots of flavor, such as manchego. Use the remaining oil from the pan to crisp your bread. Add in some arugula and top with some of your go-to sandwich veggies.

Most often, people pan-fry chorizo sausage, but what about baking it? You can get some fabulous chorizo crisps by baking them. You will want to slice the chorizo as thinly as possible and put them on a baking sheet lined with parchment paper. Place in the oven and cook for 10 minutes. The chorizo will fry in their own fat to make a crispy treat.

You can snack on them on their own or use them as a garnish for other savory dishes.

Get some of those delicious oils in a broth! Oftentimes, chorizo is added to a tomato sauce. However, you can also add it to lighter sauces too. To make the broth, simmer finely chopped chorizo in your stock of choice (chicken works best). The broth on its own can be used to top pasta or other dishes. You can also use the chorizo-infused broth as the base for more cooking.

Another easy recipe is chorizo hash browns. Depending on what you prefer, you can make the dish with Mexican chorizo or a softer Spanish Chorizo chopped into smaller pieces. To make your potatoes, cut then boil your potatoes first. Once cooked through, fry them up in olive oil with the chorizo, an onion, some fresh parsley, paprika, garlic, and salt and pepper.

Chorizo hash browns pair well with an egg for breakfast or with steak or fish for dinner!

This list wouldn’t be complete without chorizo pasta! Rather than going with ground beef to add to your tomato sauce, think about frying up some Spanish chorizo slices to add some protein and tons of flavor to the dish. Because pasta has such a neutral flavor, it really pairs well with the strong taste of chorizo. Most often, people enjoy chorizo with a red sauce.

When selecting other ingredients, keep other fatty or spicy flavors to a minimum. Topping off with a squeeze of lemon helps to cut through both the fat and heat of chorizo sausage. 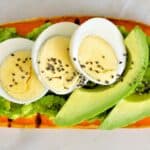 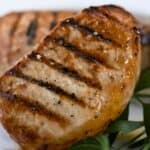